Ceremonies were held today at the Strong, which houses the Hall of Fame and National Toy Hall of Fame.

Director of the International Center for the History of Electronic Games, Jon-Paul Dyson, says inductees must have icon status, longevity, geographical reach and influence.

“Spacewar, for instance, was the first video game that was, really became widely popular.  It really in many ways helped launch the industry,” he said.

Curator at the Strong, Shannon Symonds, says the new inductees are all wonderful examples of ground breaking video games. 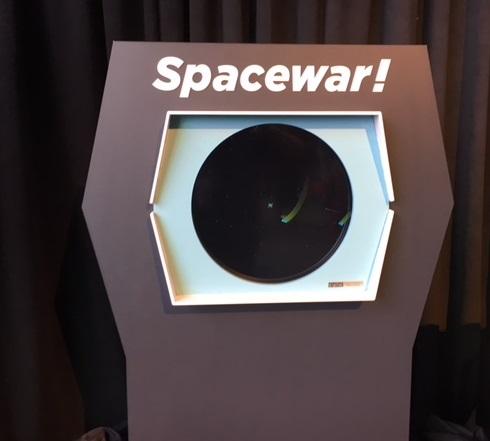 “Spacewar!” helped start it all, according to experts

“They’re all very different games obviously in terms of genre and even the year that they came out.  But they all sort of revolutionized their genres, and really brought them to the forefront,” she said.

Dyson, argues that video games have had a seismic impact on culture, on learning, and how we relate to each other.

He says visitors can learn something at the Hall of Fame.

“The World Video Hall of Fame gives us a great opportunity to not only celebrate these games and how important they are, but also to educate people.  And so it’s a chance for everyone, even if you haven’t played these games, to see, hey where did this come from.”  he said.

So far 20 games have been inducted into the World Video Hall of Fame.

Curator Shannon Symonds definitely has a favorite among the inductees:

Director of the International Center for the History of Electronic Games, Jon-Paul Dyson, on the Strong’s mission, and the twelve games considered for this year’s class: