KEYSTONE CROSSROADS – In April, poetry reigns. For some, it’s a month to flood social media feeds with poems or commit to a new writing practice. But for Anthony Orozco of Reading, Pennsylvania, poetry is a year-round labor of love.

Orozco, 31, grew up biracial in a small, mostly white area outside of Cincinnati, Ohio.

“My father is a dark and indigenous, mestizo Mexican,” Orozco said. “My mother is a paper-white Appalachian woman. In any middle school situation, you get picked on for anything that’s different.”

After one particularly bad bullying incident, Orozco was taken under the wing of a few teachers who encouraged him to use poetry to express his feelings.

“I had always written comic books as a kid, and I enjoyed fantasy. I always liked writing and something clicked,” Orozco said. “I had teachers along the way who saw potential in me. They gave me a little boost of confidence and encouraged me to dig a little deeper.”

Orozco relocated to Reading in 2012, during a time he says there was a rapid wave of momentum around poetry in the city. Open mics sprang up across the writing scene, and he has quickly become a leader within this local network of artists.

“It was an open mic setup with an emcee,” Orozco said. “It would be a reoccurring cast of characters who’d come in and either do their classics, the hits, or try out their new poetry, even some comedy. It was lively, bustling, supportive.”

He says community is central to poets. The open mic, the book reading, and the poetry slam are critical sites of witness — a place to look into the lives of others and celebrate the gift of story.

But now, with the coronavirus pandemic in full swing and a state shutdown in place, poets are turning to the internet to stay connected.

Orozco, a resident artist at Barrio Alegría, a Reading-based community development organization, had plans to stage a live poetry exhibition throughout the city, but those plans had to be shelved.

“We were gonna take poems [by local poets] and make posters, paintings that we would put in the windows of Reading businesses facing out to the street so that people just walking to and from work, waiting for the bus … could see poetry from modern, living, contemporary poets who are their neighbors,” Orozco said. 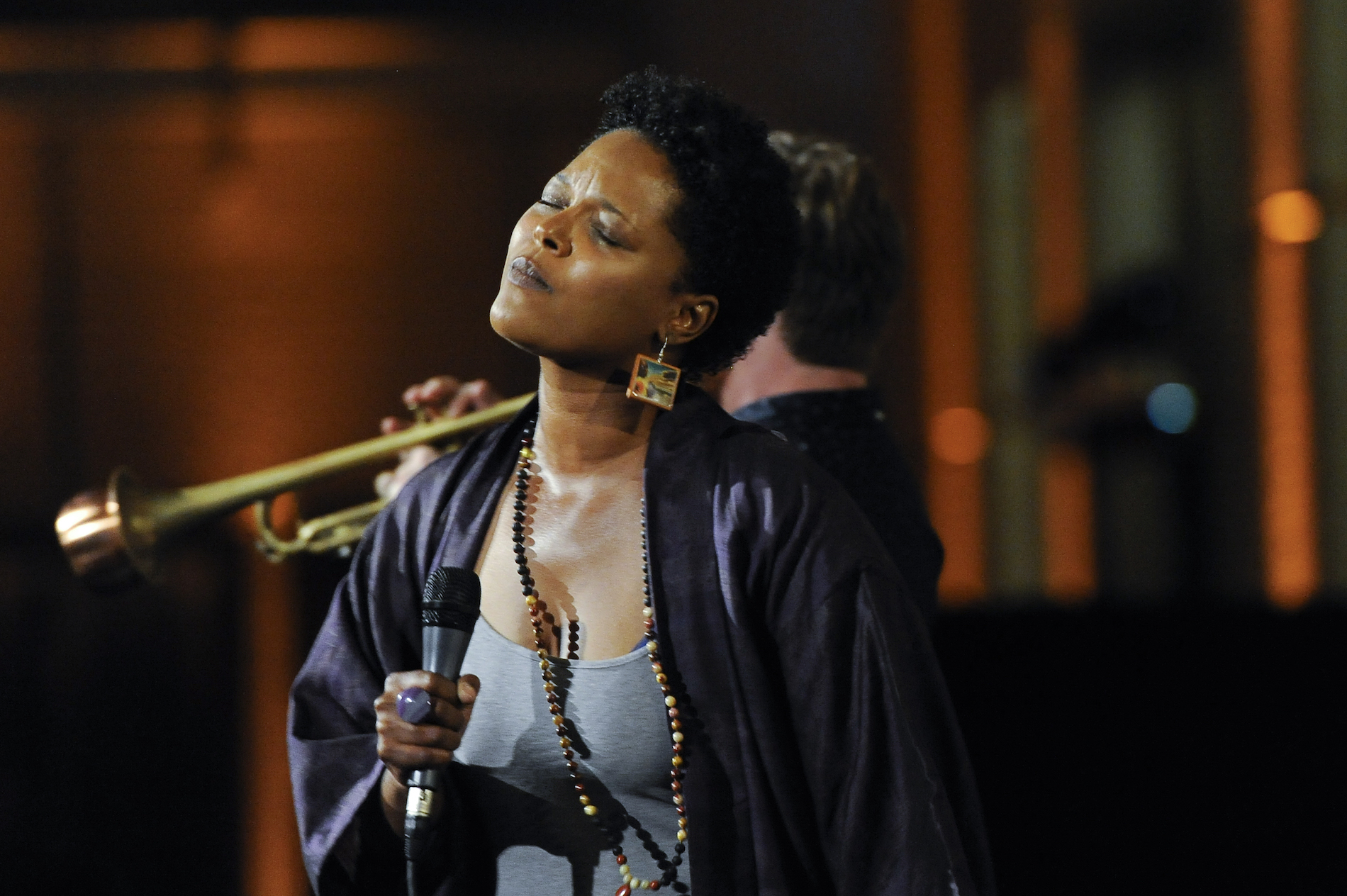 Instead, he gathered material from local poets and published an anthology of almost 100 works of creative expression. For every day of national poetry month, he’s posting a video on Facebook of a local poet reading from the collection. He’s also taken his poetry workshops virtual.

“The internet is obviously the most accessible thing right now. That’s what’s connecting everyone to each other,” he said.

This sort of pivot is happening in poetry circles across the state.

Yolanda Wisher is a Philadelphia-based curator, bandleader, and former City Poet Laureate. Like many poets, she got her start through music.

“I started making mixtapes on my boombox, my Panasonic, when I was like 11, 12 years old, with a piece of masking tape and a Kenny G cassette that my mom had,” Wisher recounted.

She hosts Love Jawns: A Mixtape, which she describes as an anti-podcast perfect for a brief commute or moment of transition. With coronavirus in full force, Wisher wonders if she’ll even need a physical studio when this is all over.

Usually, her episodes are recorded in a studio, but as the shelter-in-place mandates hit Philadelphia, her guests were provided with a DIY recording tip sheet, and taped their segments remotely.

“In some ways, I think this might allow us to return to what this was all about in the beginning,” Wisher said. “There is something about the mixtape format or genre that invites the rough cut or the background noise you get when you’re making that personal recording.”

For Philadelphia-based poet Kirwyn Sutherland, the pandemic has been a lush discovery period that’s allowed for new kinds of poetry connection.

“It’s been interesting to see how [poets] are forming these kind of ad hoc groups … just to talk about poems.”

These are not large Zoom workshops, but rather intimate, three-to-four person virtual gatherings for poets to discuss craft, process, and to share reading recommendations.

Sutherland — whose collection of poems, Jump Ship, was published in December of 2019 — is taking this time at home to catch up on reading. He’s been enjoying a whole slew of books, including Blood Memory by Colleen J. McElroy and Lose Your Mother by Saidiyah Hartman.

“In these workshops, people are tearing up, people are sharing the most vulnerable parts of themselves,” Orozco said. “Sometimes that’s lost in virtual space.”

Poems exist in a continuum between the poet and the audience. That’s where the magic happens. Despite the pandemic, Orozco says that magic is still happening online.

“To me, this is a battle cry, this a defiant burst of joy. This is springtime having the audacity to show up, so well-dressed, in the middle of a funeral. This is the power of life beaming through uncertainty and fear.”