On November 30th, 1864, Union and Confederate soldiers clashed at the Battle of Honey Hill in South Carolina. This July the battle was recreated for a group of onlookers at the Delaware County Historical Association in Dehli, NY.

This was the second annual Civil War Reenactment held at the DCHA. In addition to the reenactment of Honey Hill, the weekend event included living history exhibits, a Civil War wedding, kids drills, scavenger hunts, and period photography and film demonstrations. One highlight for visitors was meeting the history horses “Big Red” and “Rebel Yell.”

The Battle of Honey hill was chosen because of the important role the 144th NY infantry regiment played in the battle. The 144th was organized in Delhi, NY in 1862 and the majority of recruits came from Delaware County and the surrounding area. The 144th NY suffered over 100 casualties at the original Battle of Honey Hill, and while the North lost the battle the 144th performed admirably during the fight.

Samantha Misa, a volunteer at the DCHA who helped organize the living history weekend, said that the DCHA hopes to continue to make this a yearly event.

Have a look at some photos from the event! 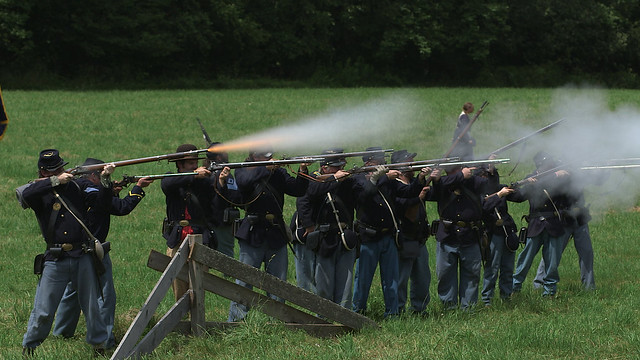