ROCHESTER, NY (WXXI) – Facing harsh public criticism, the dean of the Eastman School of Music backpedaled Tuesday on a plan to remove three South Korean students from an upcoming orchestral tour of China to appease that country’s conditions for the tour.

Jamal Rossi, Dean of Eastman School of Music, says the school continued to work on getting visas for three South Korean students to perform in China until they ran out of time. CREDIT MAX SCHULTE / WXXI NEWS

China refuses to grant South Korean musicians and artists work visas as part of a policy barring South Korean businesses from the country. The policy was put in place as retaliation for a missile system the U.S. deployed in South Korea in 2016.

Jamal Rossi, the dean, originally agreed to the prohibition rather than cancel the tour, citing the reputation of the school and its ability to recruit future musicians from China.

“Cancelling would likely have a negative impact on Eastman’s reputation within China, and potentially limit other opportunities to recruit, perform, and tour for our faculty and other ensembles,” he wrote in a letter to faculty last week.

His decision sparked a firestorm of criticism on social media. CITY reported on it Tuesday, and by later in the evening, Rossi relented.

In a letter addressed to the Eastman community, Rossi stated that the tour would be postponed until visas for all the members of the orchestra, Eastman Philharmonia, could be obtained.

“It is my priority and personal commitment to continue to provide opportunities for Eastman students to share their music with the world,” Rossi wrote. “But I believe that given the particular circumstances of this tour, the best course of action for the Eastman community and the values we share is to wait until the Philharmonia can perform as one.”

In an interview Wednesday afternoon with CITY and WXXI News, Rossi expounded on the details surrounding the would-be tour’s logistics.

Jamal Rossi talks about the Eastman Philharmonia trip to China being “postponed”. More this afternoon on All Things Considered from @volkveronica @EastmanSchool @danieljkushner 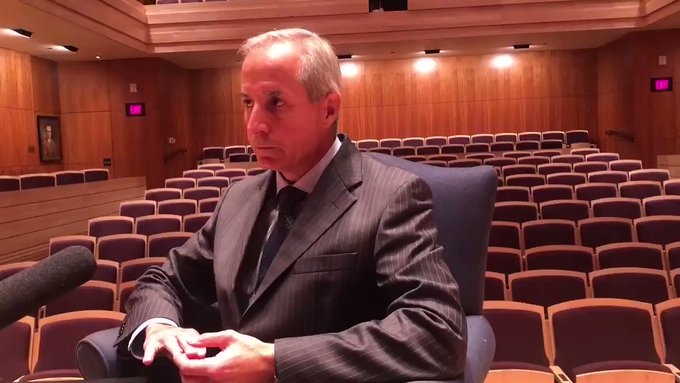 The three South Korean students would have been granted visitor visas to perform with the Philharmonia in China had the concerts been paid for by academic and corporate institutions, or other donors, Rossi said. Because the tour was to be funded with ticket sales from performances at professional theaters, work visas were required, he said.

Despite the year-long preparation for the tour, Rossi said he was not aware of work visa complications until Eastman’s tour partners in China notified them last month.

“Clearly, it was on our partners to inform us of this at the outset,” he said. “They didn’t, and that’s the bottom line on that.”