STATE IMPACT PENNSYLVANIA – The State Ethics Commission is moving ahead with a full investigation of Governor Tom Wolf’s deputy chief of staff, Yesenia Bane. She is married to a natural gas industry lobbyist and is the subject of a formal complaint over her potential conflicts of interest.

In March, the commission began a preliminary inquiry into Bane. A full investigation is the next step.

In November 2017, Chester County resident Caroline Hughes filed the complaint. It was partially based on StateImpact Pennsylvania’s reporting of Bane’s 2016 daily schedule, showing she was routinely involved in matters related to her husband’s gas industry clients.

At the time, her husband, John Bane, was a lobbyist for Buchanan Ingersoll & Rooney in Harrisburg. Among the firm’s clients were gas driller EQT, refiner Philadelphia Energy Solutions, and pipeline company Williams. Mr. Bane joined EQT full time as a senior government relations manager in late 2016.

The commission doesn’t investigate every complaint it receives.

Of the roughly 500 complaints the Ethics Commission gets each year, about 100 turn into full investigations, according to commission Executive Director Robert Caruso. 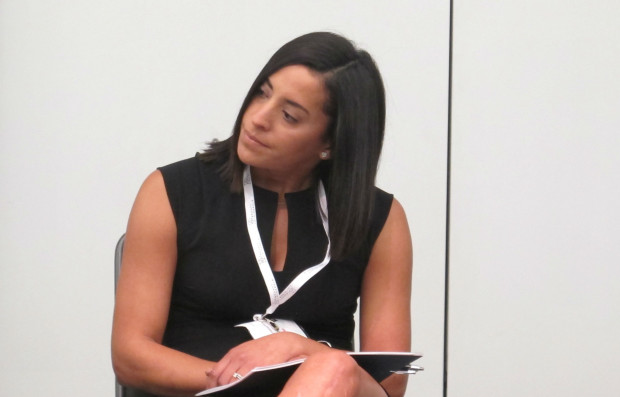 He declined to comment on the specifics of the Bane case, but said in general, if a preliminary inquiry moves to a full investigation, there was “reasonable cause established that a violation of the [ethics] act may have occurred.”

If the commission ultimately finds Bane violated the law, she could be subject to fines and/or state or federal prosecution. She is currently among Wolf’s highest paid aides, earning more than $115,000 a year.

Shortly after StateImpact Pennsylvania wrote about her potential conflicts in late 2016, Yesenia Bane’s duties changed. She was moved off issues related to the state Department of Environmental Protection, which regulates the natural gas industry.

The complainant, Caroline Hughes, is involved with Del-Chesco United for Pipeline Safety, a coalition of citizens groups in suburban Philadelphia. She has previously criticized Wolf for his support of new pipeline development. The Ethics Commission notified her it was opening the full investigation in a letter dated May 3.

In an email to StateImpact Pennsylvania, Hughes said she’s “pleased that the Ethics Commission is moving to formally investigate this complaint.”

In the past, the governor’s office has said Bane did nothing wrong. Wolf spokesman, J.J. Abbott, declined to comment on news that the investigation was advancing.

The commission staff has 180 days to complete the full investigation. However, if additional time is needed, they can petition the commission to receive two, 90-day extensions.