HARRISBURG, PA (WSKG) — As Joe Biden was declared the winner of Pennsylvania and the presidency, and President Donald Trump began issuing a sustained string of tweets falsely declaring himself the true victor in the election, Republicans in Pennsylvania had to quickly decide how to react.

Some responses, such as from U.S. Sen Pat Toomey, have been fairly boilerplate, saying lawsuits and inquiries into the election results should be allowed to play out.

“Democracy succeeds only when all sides can trust that the election process is fair and transparent,” said Toomey, who also criticized Trump’s rhetoric in recent days. “Given the extremely close result, the American people must be assured that the process is being conducted with integrity.”

Others have taken a more defiant approach, including several rank-and-file members of the House Republican Caucus who are calling for Pennsylvania’s electoral college votes to be put on hold until the results of a “legislative-led election audit.”

On Saturday, soon after the race was called in Biden’s favor, every Republican in Pennsylvania’s congressional delegation signed a letter that set the tone for most GOP responses to the election.

Democratic Gov. Tom Wolf and his administration, they alleged, have attempted to “put their thumbs on the scale in pursuit of what they believe should be a preordained outcome,” and therefore “chip away at the foundation of our representational democracy and challenges the citizens of Pennsylvania’s faith in their government.”

Their key complaints are ones that are also central to the slew of lawsuits the Trump campaign and other Republicans have filed in Pennsylvania.

They argue that Secretary of State Kathy Boockvar’s guidance to counties on how to separate and count late-arriving ballots — which were allowed by the Pennsylvania Supreme Court, and upheld in the U.S. Supreme Court — was unclear. They say certain counties should not have allowed voters to fix errors on their mail ballots, and that legal observers should have had more access to watch votes being tabulated.

In all cases, Boockvar and other Democratic state officials have said their actions were legal and appropriate.

“Pennsylvania’s elections are free, fair and open,” a spokeswoman for the Department of State said Monday. “Millions of Pennsylvanians voted and made their voices heard in last week’s election. There have been few concerns and nothing notable or out of the ordinary. We have followed state and federal election law in counting every vote.”

She added that, “Allegations of fraud and illegal activity have been repeatedly debunked and dismissed by the courts.”

In a statement Friday, Boockvar also noted the DOS was already planning a “statewide risk-limiting audit” to “strengthen election security and integrity, confirm the accuracy of election outcomes, and provide confidence to voters that their votes were counted accurately.”

The department performed a similar audit after the June primary.

Christopher Nicholas, a longtime Pennsylvania GOP strategist, said in his mind, these responses are a fairly routine component of post-election rhetoric.

“Republicans have to explain how they feel about the veracity of the elections,” he said. “You know what? The sun will rise tomorrow, things will move forward.”

He added, he doesn’t think the Trump campaign’s many lawsuits are particularly substantive, and doesn’t expect them to change the results of the election.

That’s not stopping some in the GOP from stoking the flames.

Congressman Scott Perry, of Pennsylvania’s 10th District, has aligned himself with the president’s campaign and those who are arguing, without evidence, that the election is being “stolen.”

“We want every vote counted that’s legitimate. Our concern is that we’re not invalidating ballots and votes that are not valid,” Perry said while attending a “Stop The Steal” rally last week at the Capitol Building in Harrisburg.

Perry, a strong Trump ally whose district includes Harrisburg and York, won reelection in a hotly-contested race. It was one of many disappointments for down-ballot Democrats in Pennsylvania, and around the country this cycle. The Republican won by nearly seven percentage points over Democratic challenger Eugene DePasquale.

The south central Pa. congressman has repeated a number of baseless claims the Trump campaign has asserted: that thousands of illegal mail-in ballots are appearing at county election offices and that Democrats are unduly influencing the outcome of the election.

“It’s the first time in my life where one of the two major parties sought to win the election after the election,” Perry said. “I don’t know who’s for that.”

Meanwhile, Congressman Lloyd Smucker (R-11) has asked Trump to accept the results once the state officially recognizes them later this month.

“Regardless of party, all Americans must accept the results of the election once they are certified, including President Trump and former Vice President Biden,” Smucker said in a statement over the weekend. 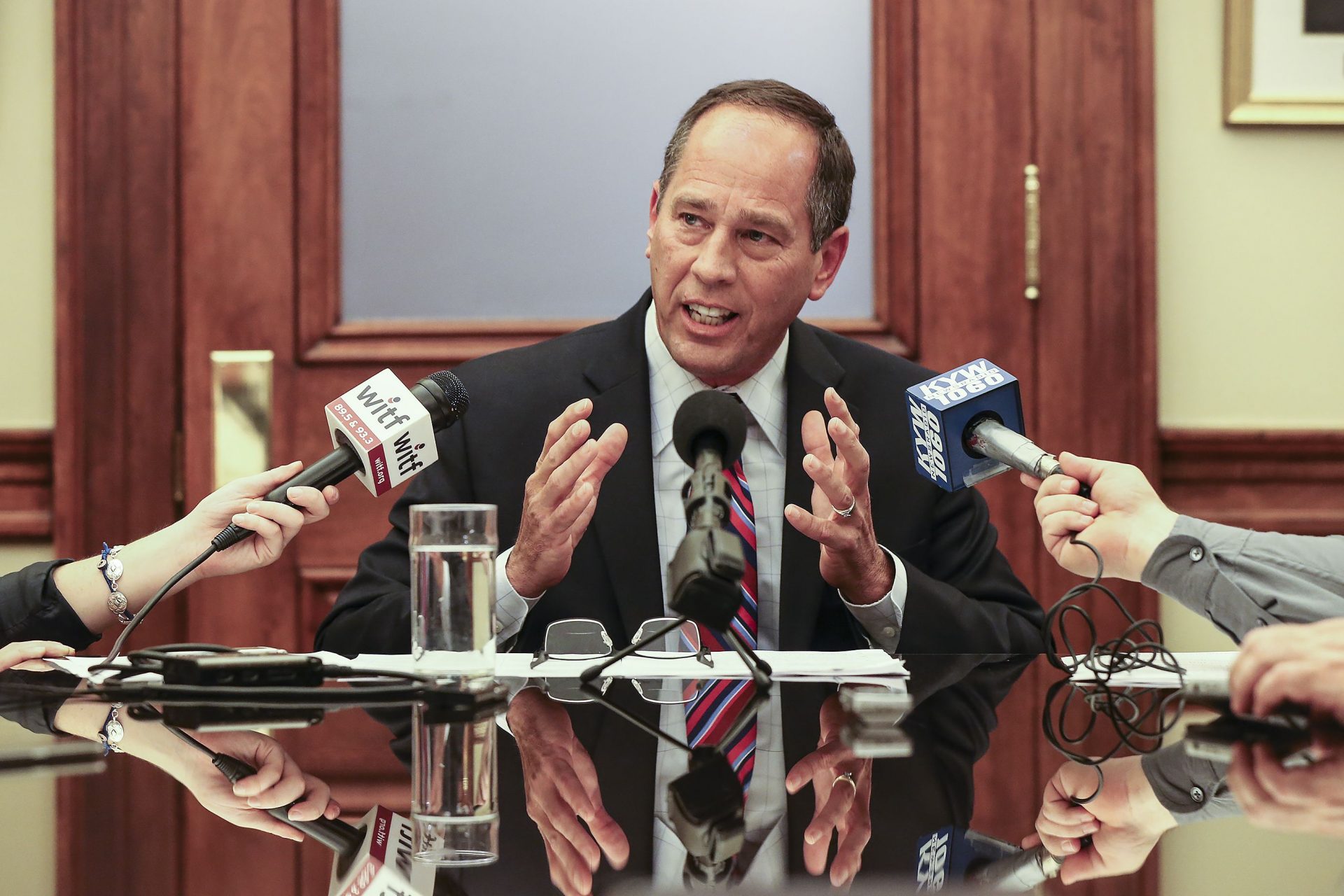 In the Pa. Legislature, GOP leaders also seem to be walking a tightrope.

Senate Majority Leader Jake Corman and President Pro Tempore Joe Scarnati, for instance, called on Boockvar to resign and said they had real concerns with her handling of the election, but repeatedly stressed that their main concern is that people “will not have faith” in the election — not that the outcome is illegal or wrong.

He and House GOP Leader Bryan Cutler have separately called for an audit of the election — a process that would likely be similar to the audit DOS has already committed to performing. This, though, would happen after the Electoral College votes — not before, as some rank-and-file members want.

Nicholas noted, to whatever degree Republicans are currently performing a tricky balancing act, many believe they’ll soon be on firmer ground.

“I think Republicans have a lot of experience the last four years navigating Trump’s statements and tweets,” he said. “The end is near for when we won’t have to do that anymore.”