The New York State Canal System is officially 100 years old and the Canal Society of New York and the State Canal Corporation celebrated the big day on Thursday with a ceremony, inviting a Theodore Roosevelt impersonator, unveiling the plaque listing the canals as a national landmark and opening one of the locks.

“You can travel this canal that really made America what it is,” said John Callaghan, Executive Deputy Director of the New York State Canal Corporation “It shaped the settlement patterns in the early 19th century. If you look at a map today, this canal helped draw the map.”

The Erie Canal is one of four historic canals in the system. The others are: Champlain, Oswego and Cayuga-Seneca. The system starts at the upper tip of New York, near Lake George and ends just outside of North Tonawanda.

It was designated a National Historic Landmark, putting it in the top three percent of all sites on the national registry. At the turn of the last century, it was primarily used to for transport and commerce, but today officials say it’s also used recreationally and they encourage people to explore the canal system this summer. 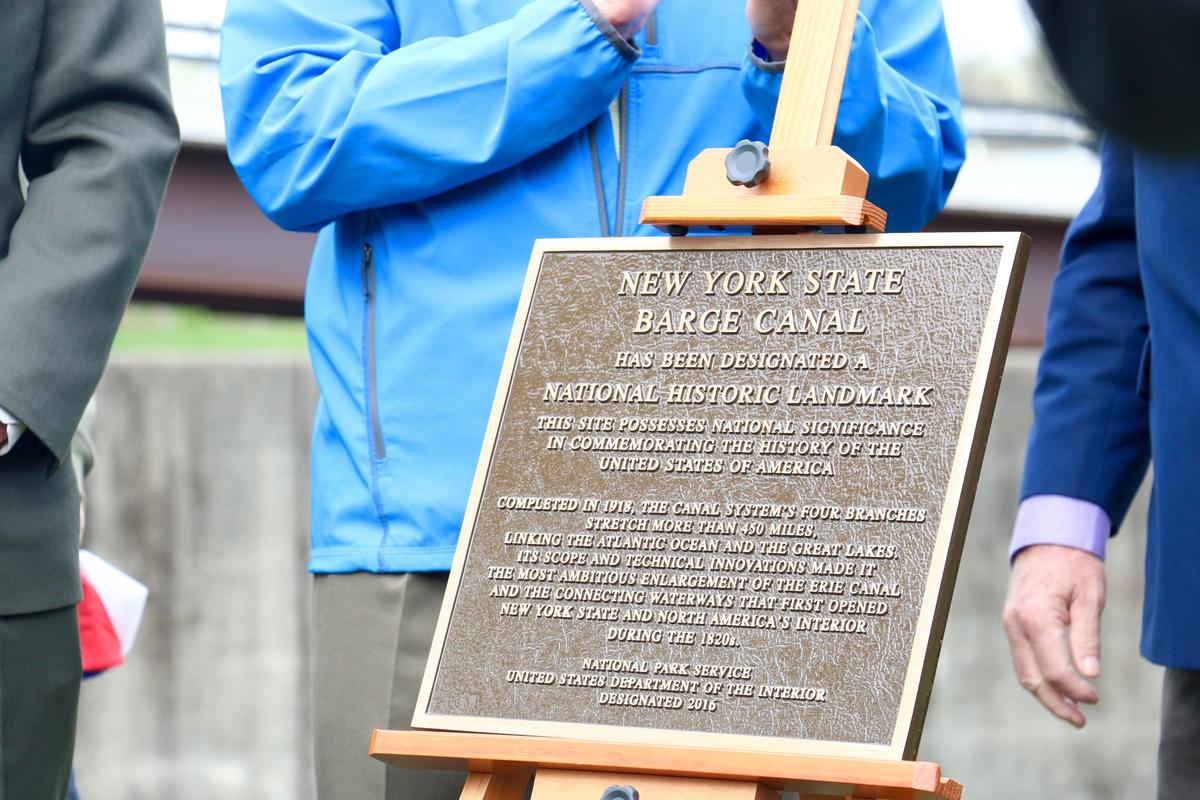 “The canal is more accessible and more open to everyone than ever before,” said Callaghan. “There are tour boats. You can rent a boat that you can pilot yourself and more places to launch canoes and kayaks than ever before.”

Visitors can also hike, run, bike, explore and picnic along the pathway that runs adjacent to the canal. Thomas Grasso, President Emeritus of the Canal Society of New York State, says the canal is unique in what forms of entertainment it provides:

“You go to a hockey game and 50,000 people are watching the hockey game,” he said. “They’re all doing the same thing and it has value, I love it. But here, you can hike it, bike it, roller blade, take a nap, read a book, relax, enjoy life. It’s the fastest way to slow down.”