(Hershey) –  The Pennsylvania State Police paid tribute Monday to four troopers who lost their lives in the line of duty over the last three years.

An emotional outdoor memorial service attended by several hundred troopers, cadets and members of the public was the first held in-person since the COVID-19 pandemic began. Plaques bearing the names of fallen troopers and other memorial items were presented to the families of Troopers Donald Brackett, Dung (pronounced Young) Martinez, Martin Mack and Branden Sisca.

Brackett died following a medical emergency in May 2019. Martinez died in October 2021 of complications from COVID-19. Mack and Sisca died earlier this year after being struck by a drunk driver during a highway incident.

All four were honored with a eulogy, rifle sounding, and bagpipes and drums. 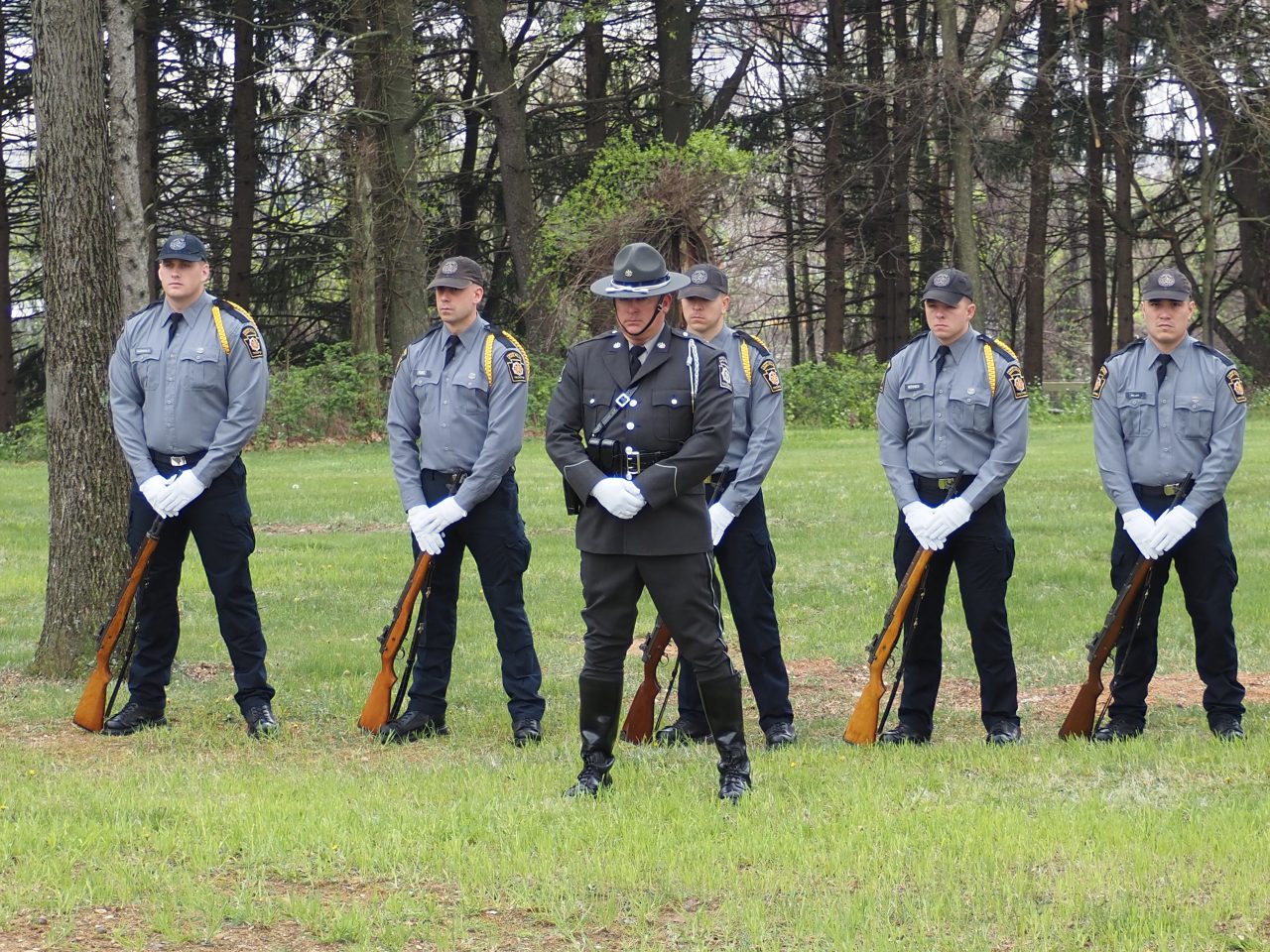 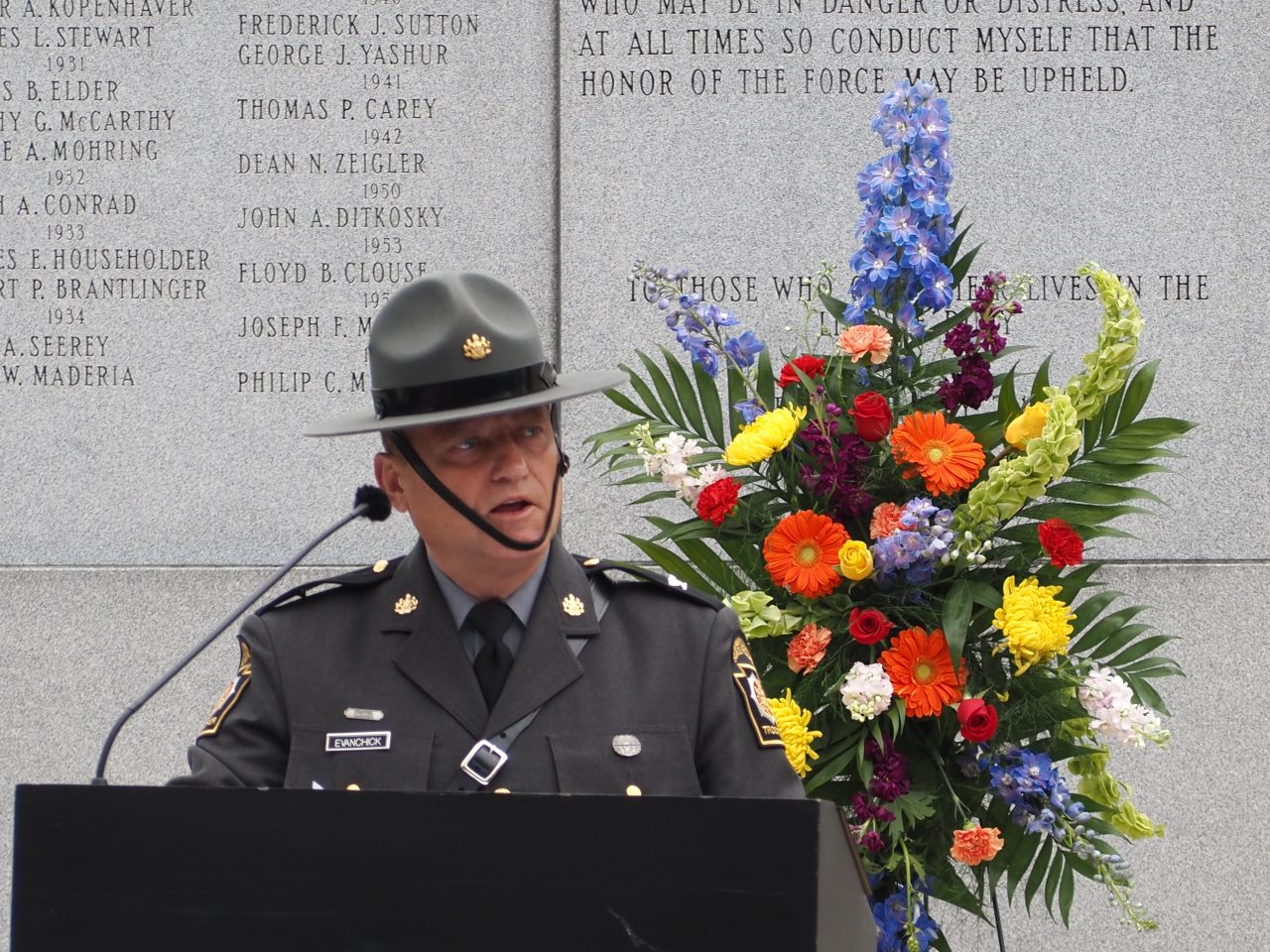 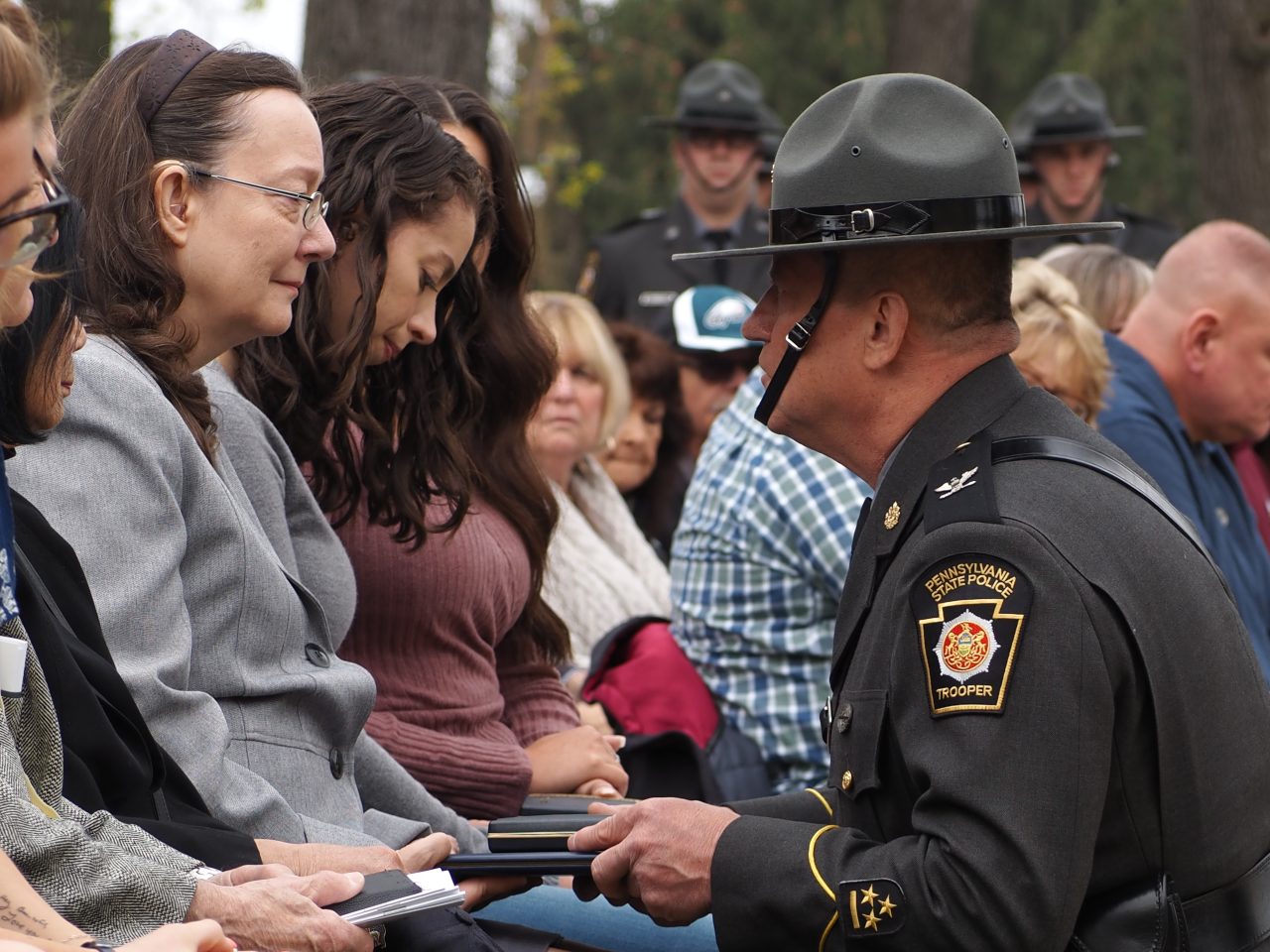 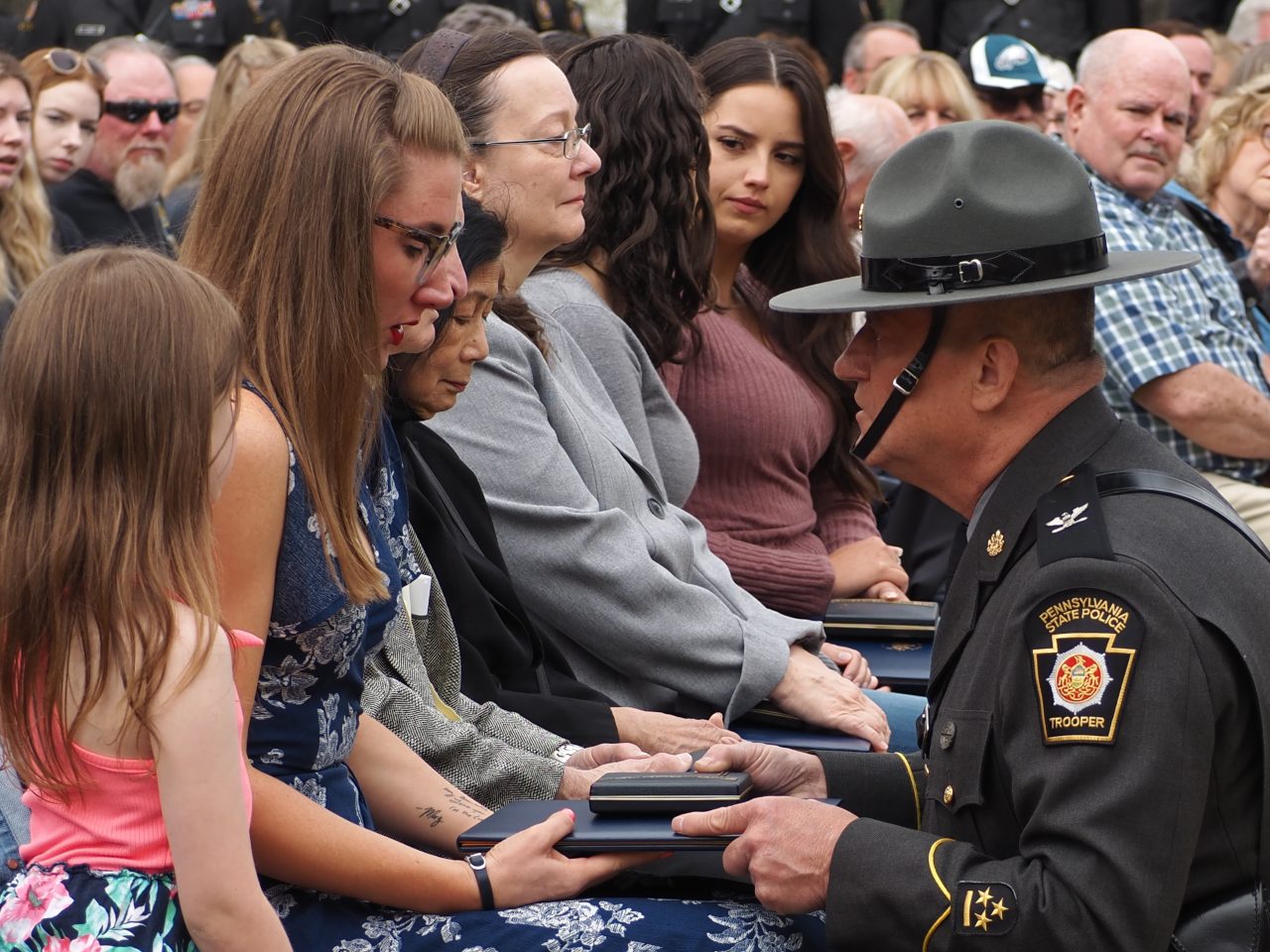 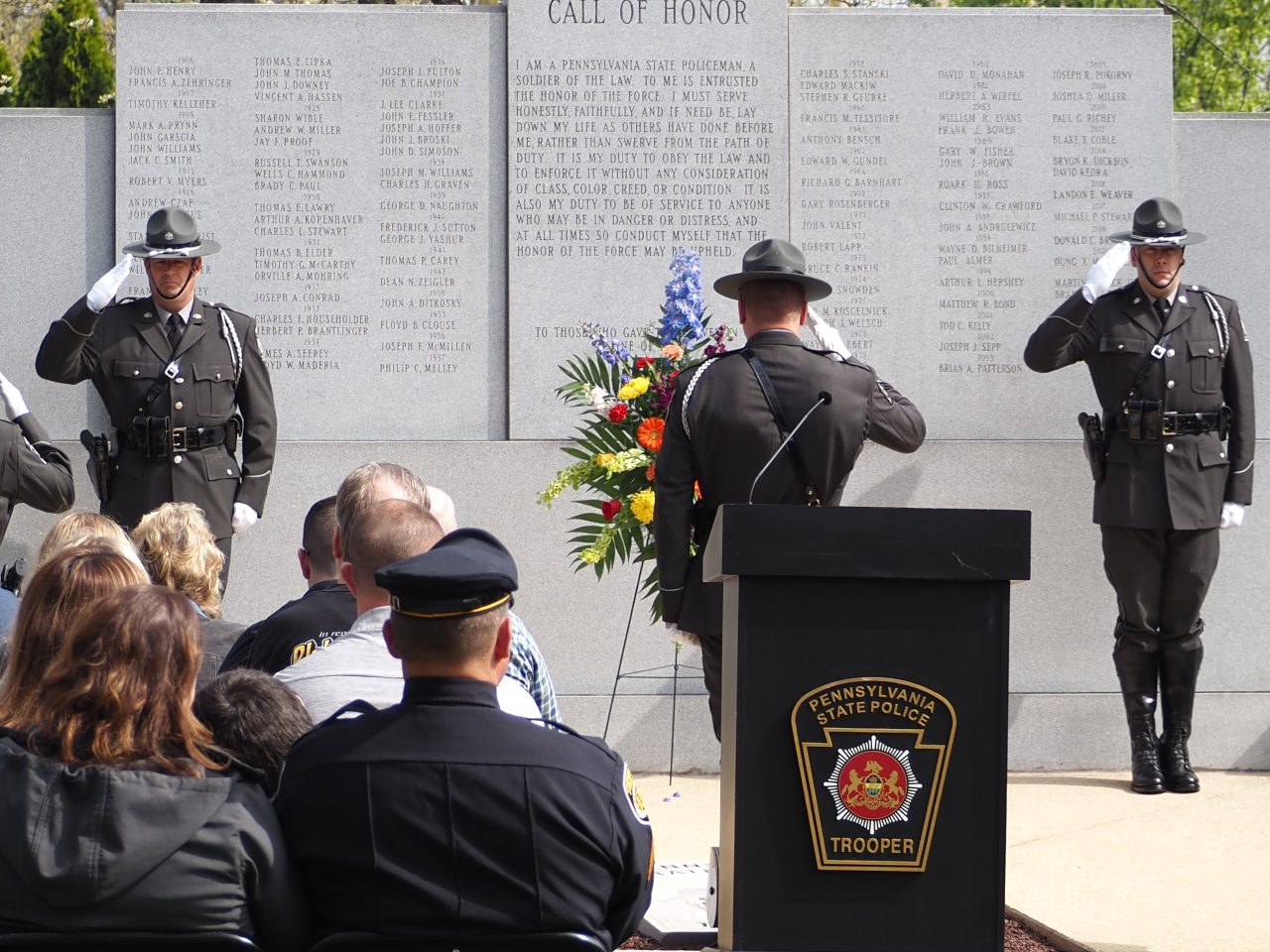 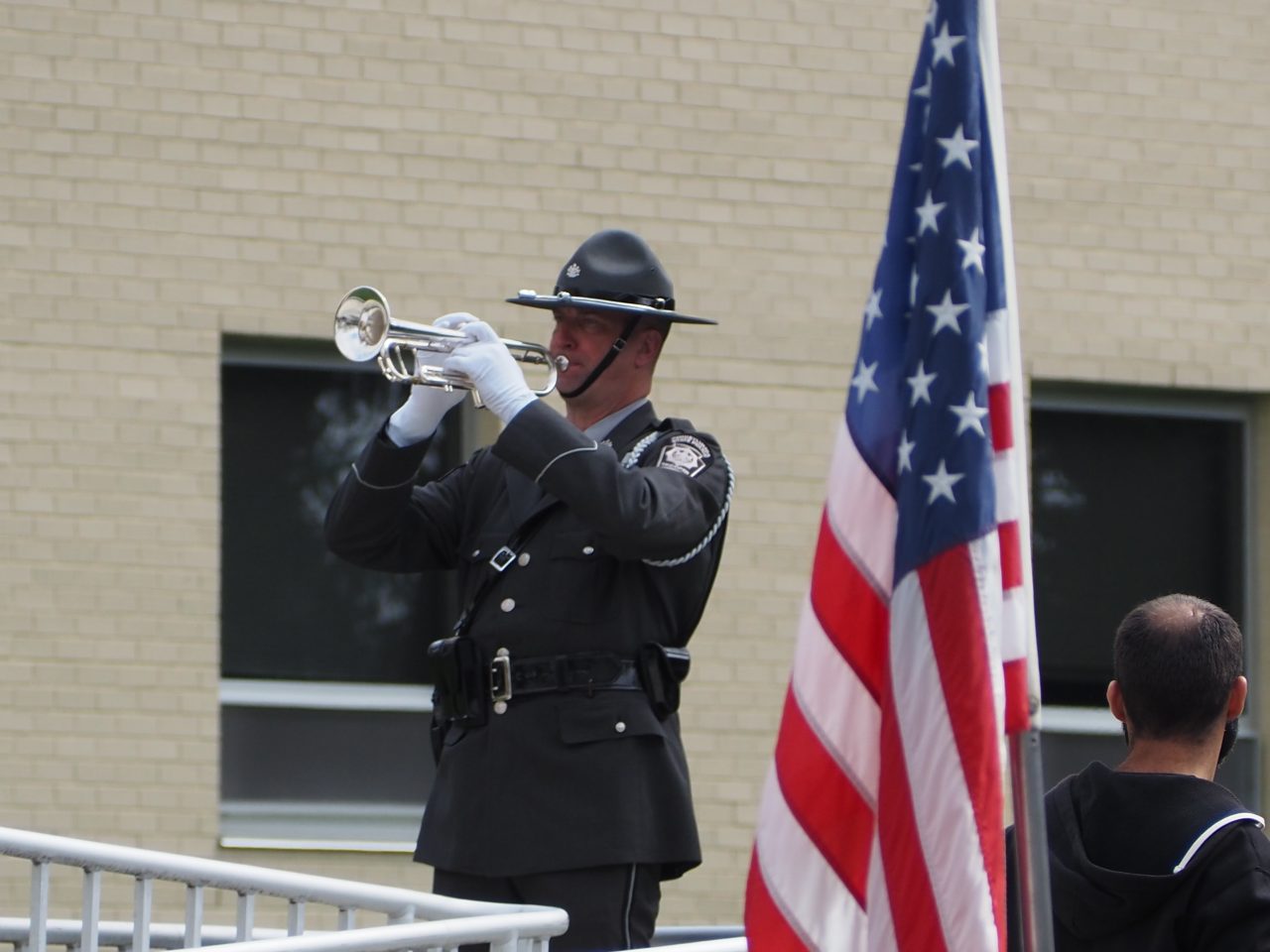 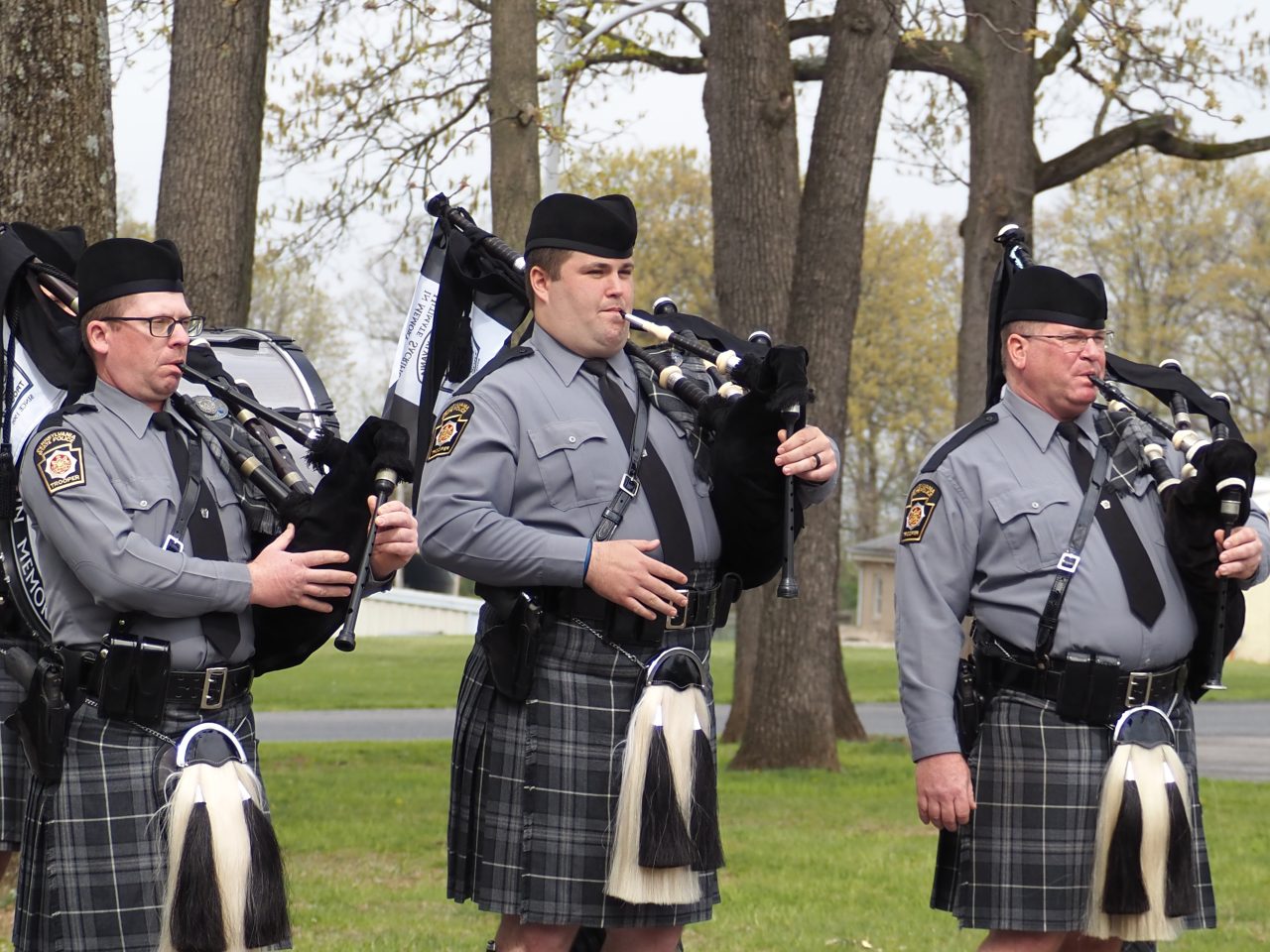 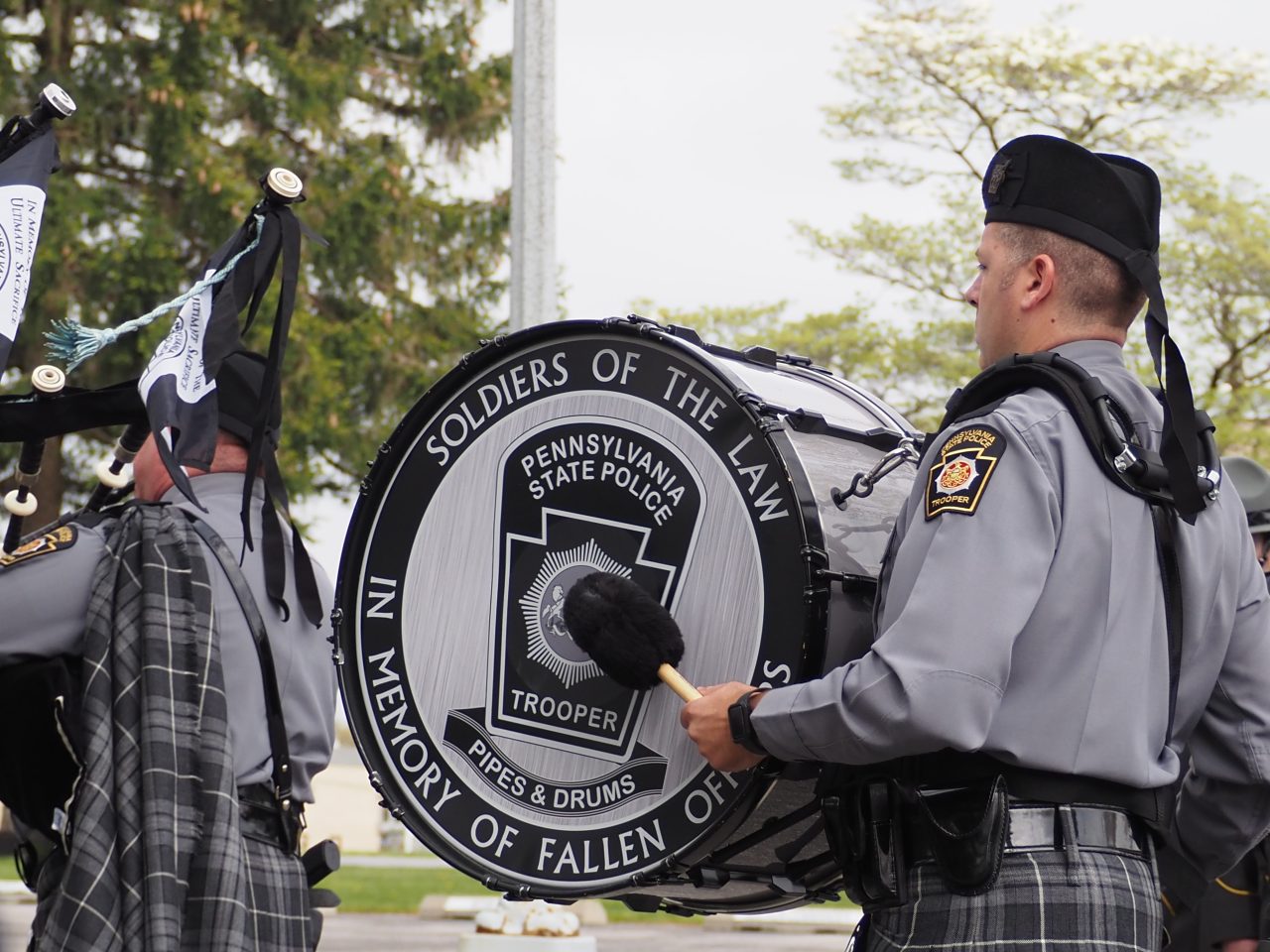 The four will be listed alongside 98 others who have died in the line of duty since the state police agency’s founding in 1905.

“Police work is inherently dangerous, whether you’re working road-side or you’re responding to someone armed with a firearm,” Lt. Adam Reed, PSP’s Communications Director, said. “It’s always in the back of your mind as a law enforcement officer that that danger is real and it’s out there.”

“Any time a single name is added to the wall is somber and tragic, but the crowd here today speaks to tribute and the ultimate sacrifice given by those members,” he added.

Gov. Tom Wolf, who was unable to attend Monday’s service, said the memory of the four troopers offers a reminder of the dangers faced by law enforcement each day.

“Frances and I extend our condolences to these troopers and their loved ones, as well as to the larger state police family and everyone affected by their loss,” Wolf said.

The names of all 102 troopers who have died in the line of duty are written on a memorial wall at the State Police academy in Hershey. The agency also maintains online memorial plaques for each of those troopers.