At an event hosted Thursday night by Fox News, Trump bounced between defending his administration’s record and trolling the Democratic candidates for president. He praised Sen. Bernie Sanders’ “energetic base” and criticized Sen. Elizabeth Warren for staying in the race too long — seemingly an attempt to sow division in his rivals’ party. He also mocked gaffes made by Biden, questioning his mental acuity.

“There’s something going on there,” he said of Biden’s misstatements.

“I’m all set for Bernie. ‘Communist,’ I had everything down. I was all set,” Trump said. “Then we had this crazy thing happen on Tuesday.”

Trump also went after Biden for supporting the NAFTA trade deal in the 1990s, making his oft-repeated claim that it was the “worst trade deal ever made.”

The president took questions from Fox anchors and northeast Pennsylvania residents on issues ranging from the national deficit to coronavirus. Trump, who has been criticized for making comments that have undermined health experts, defended his administration’s handling of the outbreak, saying it has received “rave reviews.” The president suggested that concerns about international travel could be good for the U.S. economy, as people would spend more money domestically.

The town hall was Trump’s first visit this year to Pennsylvania, a swing state he won by roughly 44,000 votes in 2016. “I think we will win it again very easily,” Trump said.

Hundreds of people attended the sold out event at Scranton’s Cultural Center, including such standard-bearers of the Pennsylvania GOP as U.S. Senator Pat Toomey and former congressman Lou Barletta. It was more intimate than Trump’s rallies — which often draw thousands of people — but the crowd was similarly friendly, breaking out into chants of “four more years” during commercial breaks.

Biden’s campaign has hinged on his appeal among moderates and swing voters in areas such as Scranton. But Democrats’ grip on this part of the state has seemed to have slipped of late.  Last year, an Independent won the mayor’s office in Scranton after the Democratic incumbent went to prison for corruption, and Republicans took control of the nearby Luzerne County Council, one of three counties in the state that flipped from Barack Obama in 2012 to Trump in 2016. In November, a state senator from the area, John Yudichak, left the Democratic party and has since caucused with Republicans.

Standing in line before the town hall began, Scranton-area resident Lou Marino said he did not vote in 2016, but he plans to cast a ballot this year. The wedding photographer described himself as “right down the middle,” but said he’s leaning towards voting for Trump. That’s in part because the strong economy has been good for his business, and partly because he’s not excited about the Democratic candidates.

“I don’t like Sanders. I’m afraid he’s a Socialist,” Marino said. “And I just don’t agree with Biden. I feel like he’s mentally lacking in a lot of ways.” 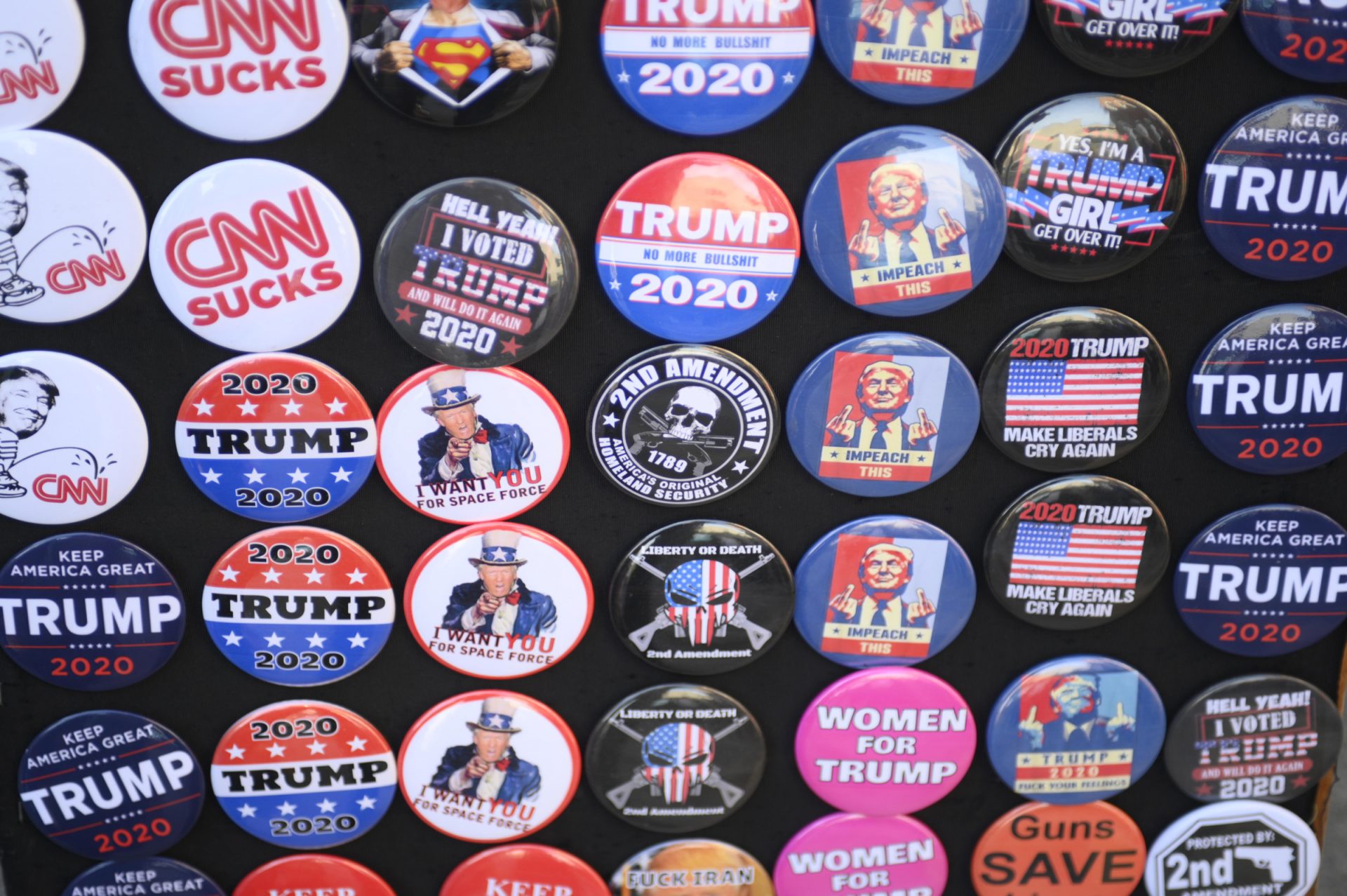 Berwick resident Neil Young (no relation to the musician of Tonight’s the Night fame), travelled 45 minutes to see the president. He said he wasn’t certain he would cast another vote for Trump in November, but he definitely wouldn’t vote for Biden.

“He doesn’t know where he is half the time, or what office he is running for,” Young said.

Sam Ganz, a doctor who lives in Scranton, said he isn’t enamored with Trump — “he says a lot of stupid things” — but feels more repulsed by the direction of the Democratic Party. Ganz identified as a member of the “Walk Away” campaign, a movement that criticizes progressive politics for allegedly being overly divisive.

“I did not vote for Trump in the 2016 election, but I’m voting for him now, because the other option[s] are just insanity,” Ganz said.

Babak Alipour was the rare audience member who said he truly did not know which way he leans in this year’s presidential election. Alipour, a senior at the University of Scranton majoring in biology and history, was selected by Fox News to ask President Trump a question, and he took it seriously. He wore a crisp suit and tie — a standout in a field decked in Trump gear. Alipour said he’s intrigued by both the president and his rivals. He plans to go into dentistry, and he likes the Republican Party’s focus on low taxes; on the other hand, he said, Bernie Sanders’ Medicare for All plan would massively expand dental coverage, which could also be good for his business.

“I’m a moderate, so I can see both sides,” Alipour said. “I would like to see what Trump has to say today before I make a final decision.”

Alipour wasn’t called on during the Town Hall, but afterwards he was invited on stage. He said he was impressed by the president.

“He was very articulate, and a nice guy,” Alipour said. “I’m still up in the air, but leaning towards Trump.”