Rep. Stan Saylor (R-York) and Sen. Pat Browne (R-Lehigh), both longtime incumbents, are well-respected in state political and policy circles. But, they faced primary challenges from upstart candidates who mixed criticism of their tenure with far-right talking points.

Votes from this week’s primary were still being tallied for some races, as of this writing. But totals show Wendy Fink, who has worked as a teacher, has defeated Saylor by about 1,100 votes. Jarrett Coleman, a school board member of Parkland School District in the Lehigh Valley, was leading Browne by 30 votes. A winner has not yet been declared. The latest vote totals can be found here.

Both Fink and Coleman were backed by a conserative PAC known for fundraising against GOP incumbents it believes are not conservative enough.

Citizens Alliance of Pennsylvania is funded in part by billionaire Jeffrey Yass. Spotlight PA reports Yass poured $18 million of his own money this year into Republican and Democratic primary races. Fink and Coleman received several hundred thousand dollars each in campaign contributions from the group.

“You’ve got to give them [PACs supporting Fink and Coleman] credit. They’ve done their due diligence. They’re organized,” said David Brinton of York County, who has worked on Republican campaigns across the state.

Brinton has been watching Saylor’s campaign in his home county and said first-time candidates like Fink can succeed against long-time incumbents, especially if they may be unwilling to campaign heavily.

Though Saylor ran television ads in his district before the primary, Brinton said he is not convinced that was enough to counteract the field work Fink did. The Citizens Alliance of Pennsylvania PAC was also running anti-Saylor ads.

“They’re kind of caught off-guard and don’t have the proper campaign operation, especially if their opposition is decently organized to ramp up that quick and offset it,” Brinton added.

Both Saylor and Browne declined to comment on their races.

The potential loss of Saylor and Browne is a major shift in the world of state policy. Both are chairs of their respective chamber’s Appropriations committees. From that perch, they’ve led the Republican’s side of state budget negotiations for years. 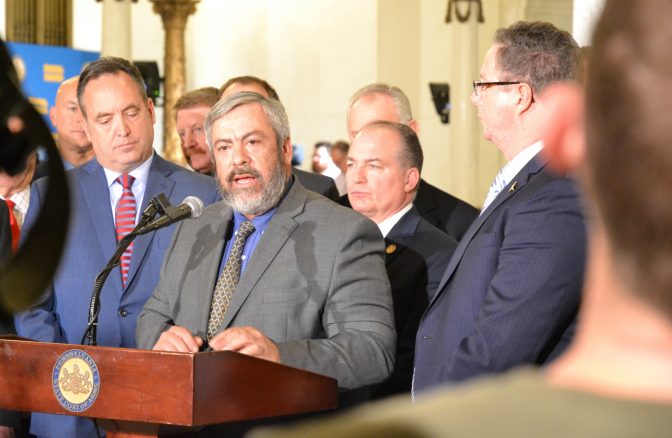 The pair are principally conservative, most recently criticizing Gov. Tom Wolf’s proposal to increase state spending in the face of billions in surplus tax revenue and federal access COVID-19 pandemic relief money. But both have earned respect for striking compromises with Democrats on past spending proposals. They had a hand in whipping up support for a $100 million increase in school funding for the state’s 100 lowest-funded districts last year. The idea was proposed by Democratic state Rep. Mike Schlossberg (Lehigh).

“The Republicans in the last several years have really taken to the idea that those who are in office or those who have been there [are] bad news and they’re just as bad, if not worse than Democrats,” Chen said.

Though primary voters only represent a portion of the party at-large, Chen said, party “activists” that do vote want someone who can “talk a big game.”

“I can tell you right now they [candidates] can’t deliver on that. But they want someone who goes in and talks a big game. They see that as fighting,” he said. 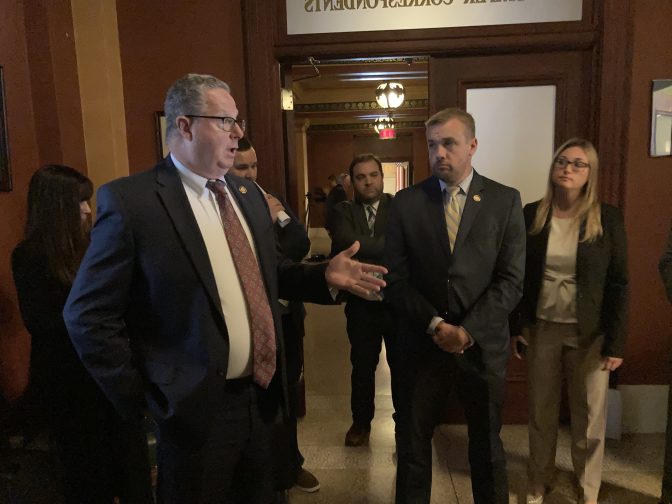 Bipartisanship has landed Saylor and Browne in hot water with party members in the past. Browne was censured by the Lehigh County Republican Party in 2014 for voting against a bill amendment that would have limited the dues collection abilities of public sector unions. The York Daily Record reports Republican state Rep. Mike Jones (York) endorsed Saylor’s challenger before the primary in part because he was angry at Saylor’s 2017 vote to give state workers 401k plans instead of pensions.

Fink and Coleman appear to have capitalized on that anger, making criticism of Saylor and Browne’s decades-long tenures central to their messaging. Both repeatedly called the pair of seasoned lawmakers “career politicians,” and pointed out policy choices that have angered some party members.

Unless Saylor runs as an independent candidate, he will have to leave office at the beginning of next year. The same would be true for Browne if he loses. The House and Senate Republican caucuses would then have to appoint new Appropriations committee chairs.

Should Fink and Coleman ascend to the legislature, they would potentially join lawmakers that support far-right policies. Both say they want to repeal no-excuse mail-in voting and implement conservative ideology in the state’s public schools. Coleman wrote on his campaign website that he wants teachers to be required to educate kids “to respect one another without a racial lens” and teach a curriculum free from unspecified and unevidenced “sexualization strategies.”

Chen lamented the no-compromise strategy both candidates are using to garner support.

“That’s not a formula for governing and that’s not a recipe for winning in a purple state like Pennsylvania,” he said. “The danger is now that if you eliminate these more government-minded candidates, you make it kind of hard for yourself in the General Election and try to win independents and Democrats.”

Democrats did not run primary candidates to challenge Fink in the Nov. General Election. But the winner in the Senate race between Coleman and Browne will face Mark Pinsley, Lehigh County’s Democratic controller, who won his party’s nomination in an uncontested race.