The verdict could determine whether Republicans or Democrats have the edge in the critical swing state in November’s midterm elections.

On Monday, a Republican-led group sued in federal court to stop the state Supreme Court’s selection of new Congressional maps. That group, which includes two Republican Congressional candidates, sued the Wolf administration earlier this month in a bid to force all the state’s members of Congress to be elected statewide this year.

It’s been a pitched battle so far, since both major parties have been eyeing the opportunity to claim an edge for several years. The Pennsylvania Supreme Court sided with voter advocates in a 2018 lawsuit over the state’s last Congressional map, which created new districts where voters have sent nine Republicans and nine Democrats to Washington in two election cycles.

But Pennsylvania will be losing a member of Congress this year, dropping from 18 districts to 17. While the Keystone State’s population grew by 2.4 percent between 2010 and 2020, data from the most recent U.S. Census show other states grew faster.

Samuel Chen directs Allentown-based political strategy firm The Liddell Group, which caters mostly to Republican candidates. He said since he learned Pennsylvania would be losing a U.S. House seat, he’s been asking himself one question.

“Where does that seat go?” Chen said. “What you see is places like Florida and Texas picking up seats, and so that is going to increase the likelihood of a Republican flip.”

He said Democrats have to defend a very slim majority. The party could lose control of the U.S. House this year if more than six lawmakers lose re-election.

Democrats are not only facing political and economic headwinds, but also historical ones. Pew Center Research shows single-party control of Congress has not lasted beyond a midterm election since former President Jimmy Carter’s administration in the late 1970s.

“When you’ve got a very small majority that hangs in the balance, everyone’s looking at Pennsylvania,” Chen added.

State lawmakers have been particularly invested in the fight over the state’s Congressional map. According to Pennsylvania’s constitution, they get first dibs at drawing new district lines each decade. Republicans have been in the driver’s seat since they control both the House and Senate.

There have been times, like in 2010, when the legislature and governor were able to quickly agree on district boundaries since they belonged to the same party.

But not this year.

After months of public comment sessions, GOP lawmakers selected a citizen-drawn map, tweaked it after a few Republican members asked for changes, and used their majority to approve it. 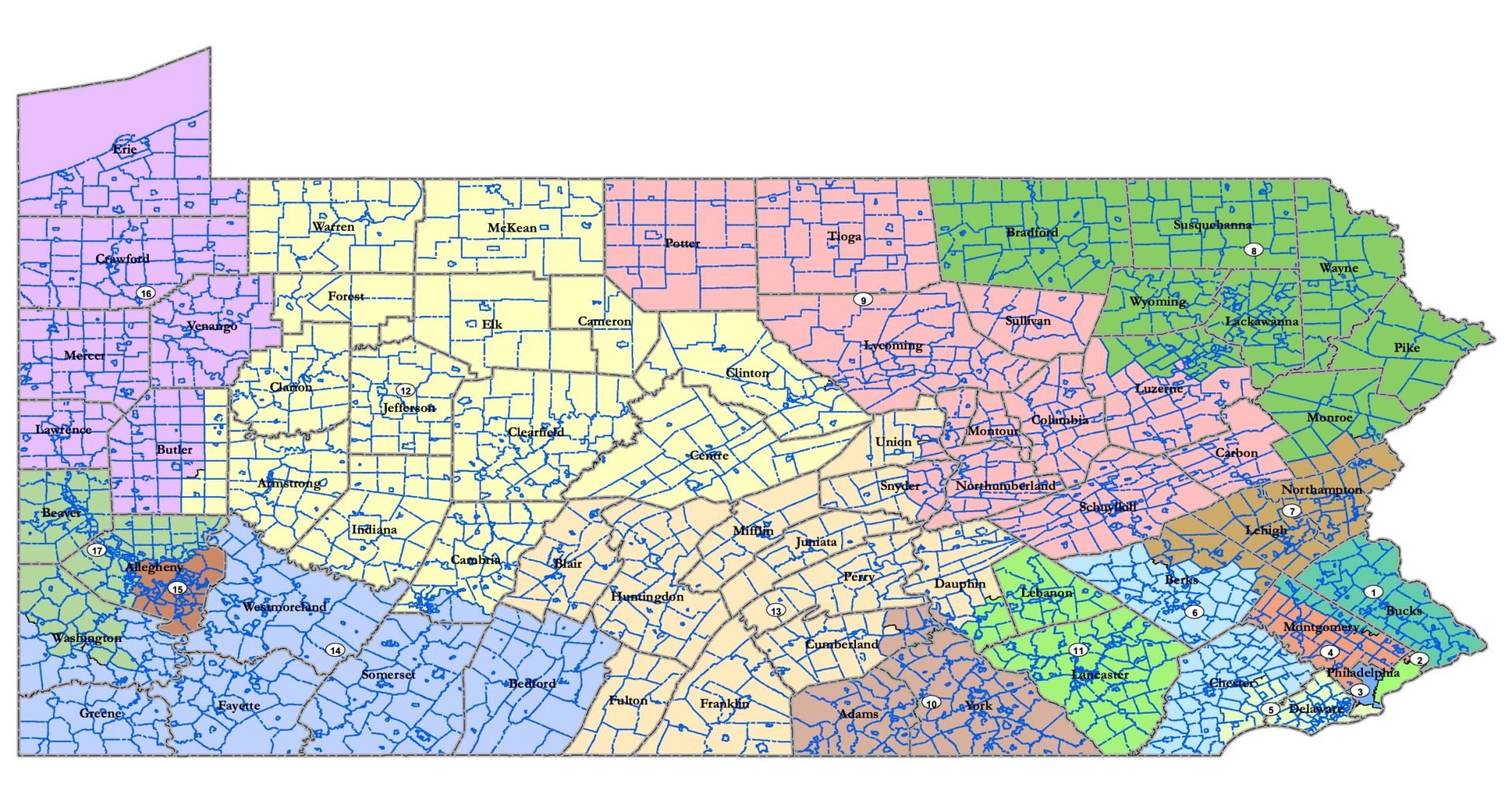 But Democratic Governor Tom Wolf gave it the thumbs down, vetoing the map because a statistical analysis showed it would give Republicans an unfair advantage.

“The core of our democracy is the expression of each voter and every voter as to what they want our Commonwealth to do, and they can’t do that if we don’t give them a fair map,” Wolf said during a January media appearance.

Rep. Seth Grove (R-York), who sponsored the map, argues Democrats never bothered to offer one because they wanted the state Supreme Court to decide.

“No other member introduced a map in the entire legislative branch. This is it,” he said.

Voter advocacy groups have sued over the deadlock, which was initially handled in Commonwealth Court. A Republican Commonwealth Court judge recommended the panel choose the legislature’s map. Now, the state Supreme Court’s five Democratic and two Republican justices will make the final call.

The groups, along with lawmakers, political parties, and statistical experts all offered the state’s highest court 13 maps to consider. Each made their pitches and answered justices’ questions during a day-long hearing last Friday.

Here’s a sampling of some of those maps.

Carol Kuniholm, who leads redistricting advocacy group Fair Districts PA,  said members of her group helped draw one of those maps. She said she doesn’t care if their map is chosen.

Lawyer Ben Geffen of the Public Interest Law Group tried to sway justices for the redistricting advocacy group’s map on Friday. He said he already knows districts have to look a certain way off the bat, meaning they have to have the same number of people, for instance, and they can’t split towns or counties up too much.

Geffen argued a quality map allows non-white voters and prisoners to have a representative say, among other things. But while the Court does its due diligence, Samuel Chen said candidates and voters are stuck in the lurch.

“The national election date in November [is not] going to move, and so every week this [map decision] gets pushed back is a week less to meet the voters, the new voters, in their district,” Chen added.

But Ben Geffen said Pennsylvania’s justices have proven they’re up to the task, because they drew the state’s current congressional map in 2018. The ruling not only tossed out previous district lines that offered Republicans a strong advantage at the polls, but also laid the ground rules for what a legally-sound map should look like in the future.

“The Court moved swiftly,” Geffen said. “The Court issued a decision that gave Pennsylvania what is, by all metrics, a very fair and competitive map. I don’t know why we should expect a different outcome this time around.”

Kuniholm added the logistics involved with the judicial branch choosing a legislative map are far simpler.

“It doesn’t take a lot of time to draw a fair Congressional map,” she said. “What takes time is convincing the different parties to agree to that map, and the Court doesn’t need to worry about doing that. They just need to create and produce a map.”

Pennsylvania’s primary election schedule is set for May 17th. But, the date is on hold right now, and it’ll stay that way until the Court issues a final map.