Trump had high praise for the soldiers at Fort Drum.

“No one better understands how stretched our military has become than the solders of the 10th Mountain Division,” Trump said. “You were the first conventional combat force to deploy after 9/11. Since then, no division in the Army has been deployed more times to Iraq and Afghanistan than you.”

Trump called Rep. Elise Stefanik (R-Willsboro) out on stage with him to thank her for inviting him to the base.

But anti-Trump protesters were in alsoWatertown marking the president’s visit.

Organizers of the protest said it was one of the largest they have had in Watertown. Labor, women’s rights and environmental groups came from across central and northern New York. 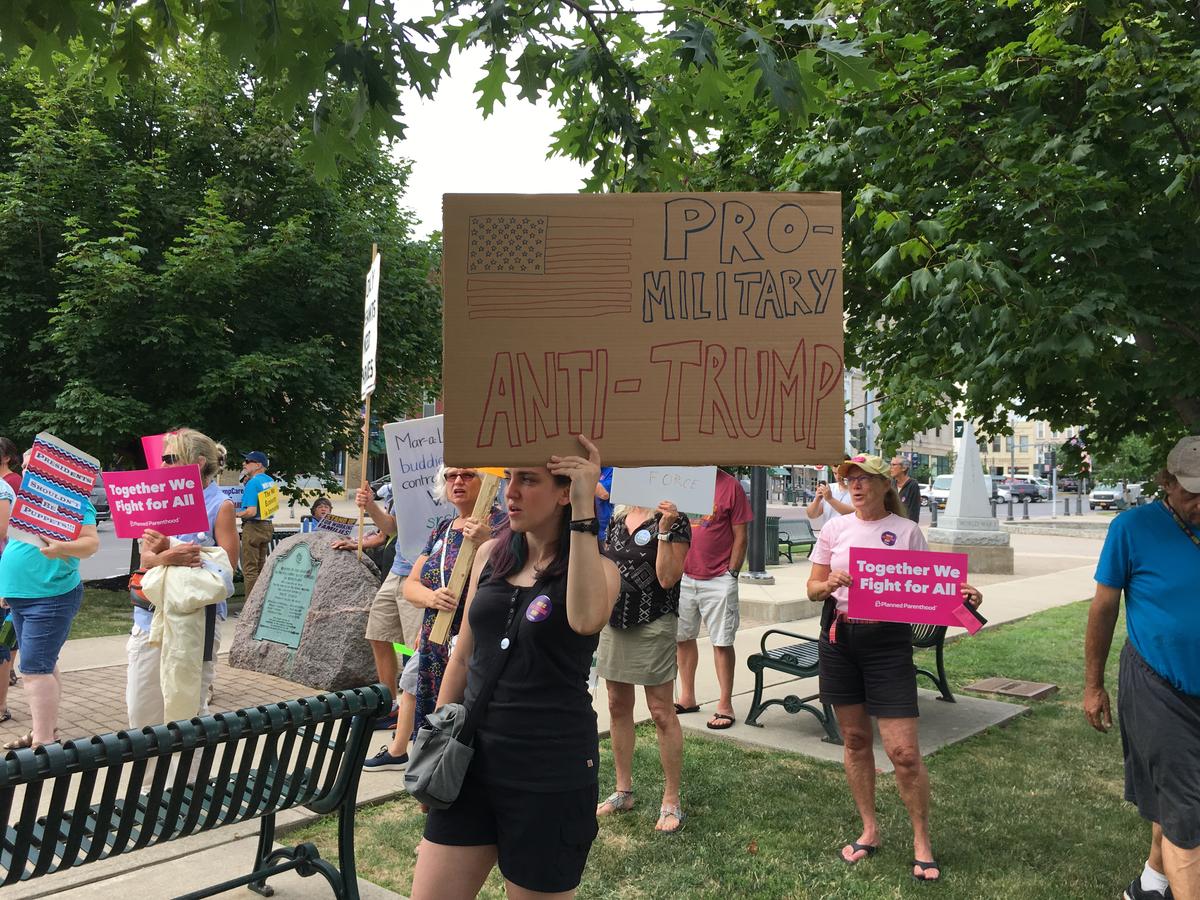 Amanda Glidden of Watertown is an Army spouse who said she knows honor and duty to the country and she said Trump is not showing much.

“His idea of support for the military is to spend a bunch of their money throwing parades in his own honor, which is something a dictator does, not something a president does,” Glidden said. “A president supports his military by making sure that veterans are taken care of, making sure that mental health issues are brought to light, that suicide prevention is supported, that spouses are protected and that programs for their education and their children’s education are continued. None of those things are what’s important to Trump. It’s quite frustrating to watch him devote more money to equipment the armed forces themselves say they don’t need and less money to their everyday life, to their quality of life, and reward them for their dedication to the country.”

Many at the protest were supporters of Stefnik’s Democratic challenger in the 21st Congressional District race, Tedra Cobb, including Matthew Karney of Natural Bridge. He said it was atrocious and ironic Stefanik invited Trump to Fort Drum to sign the defense bill named after Sen. John McCain. 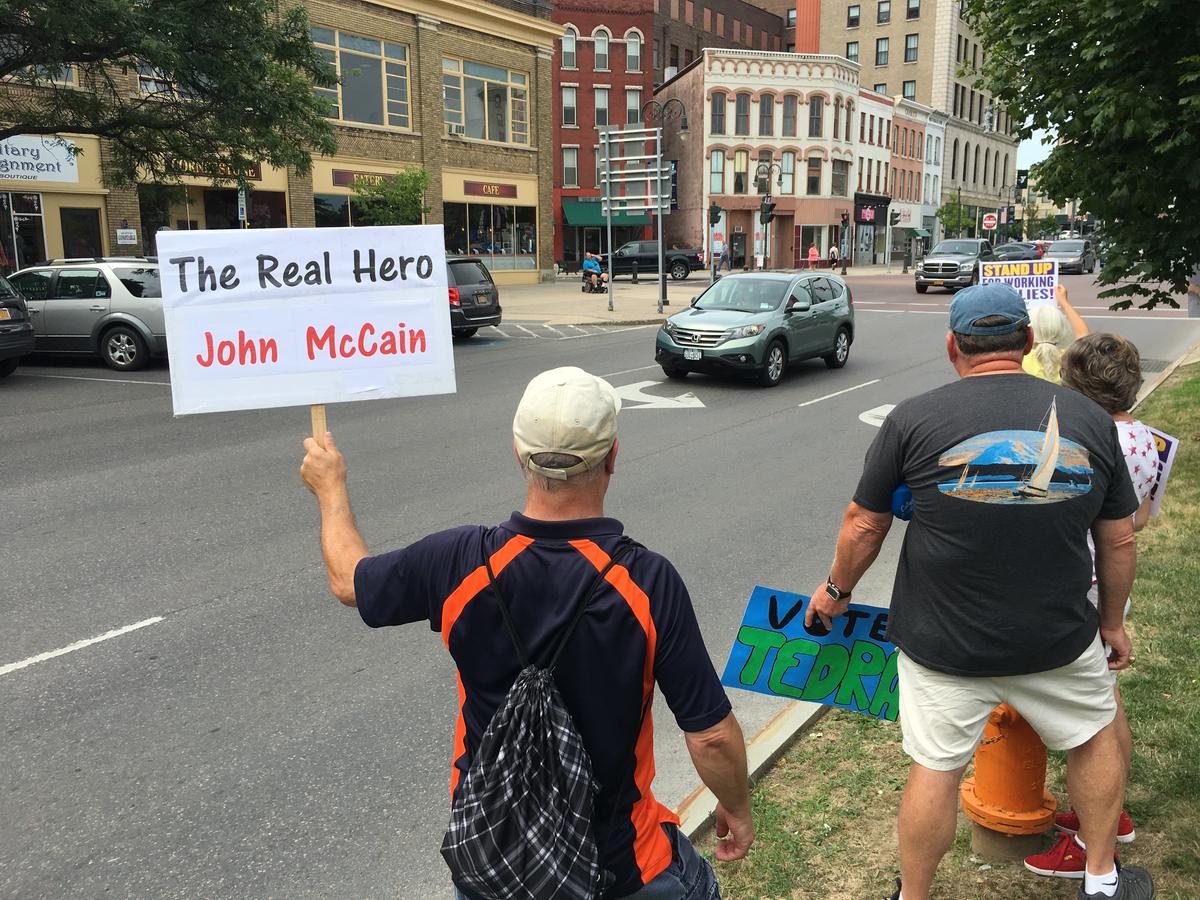 “Trump has blatantly been disrespectful, to say the least, to John McCain,” Karney said. “I’m really disgusted with the way things are going. I really feel that the rule of law is being challenged by the Trump administration. Health care is being hobbled. Many people are willing to vote against their best interest because they are conned by Donald Trump.”

Trump did not mention McCain during his Fort Drum speech.

Many cars passing by honked their horns in support of the protesters, while others chanted, “Trump, Trump, Trump,” out their windows. 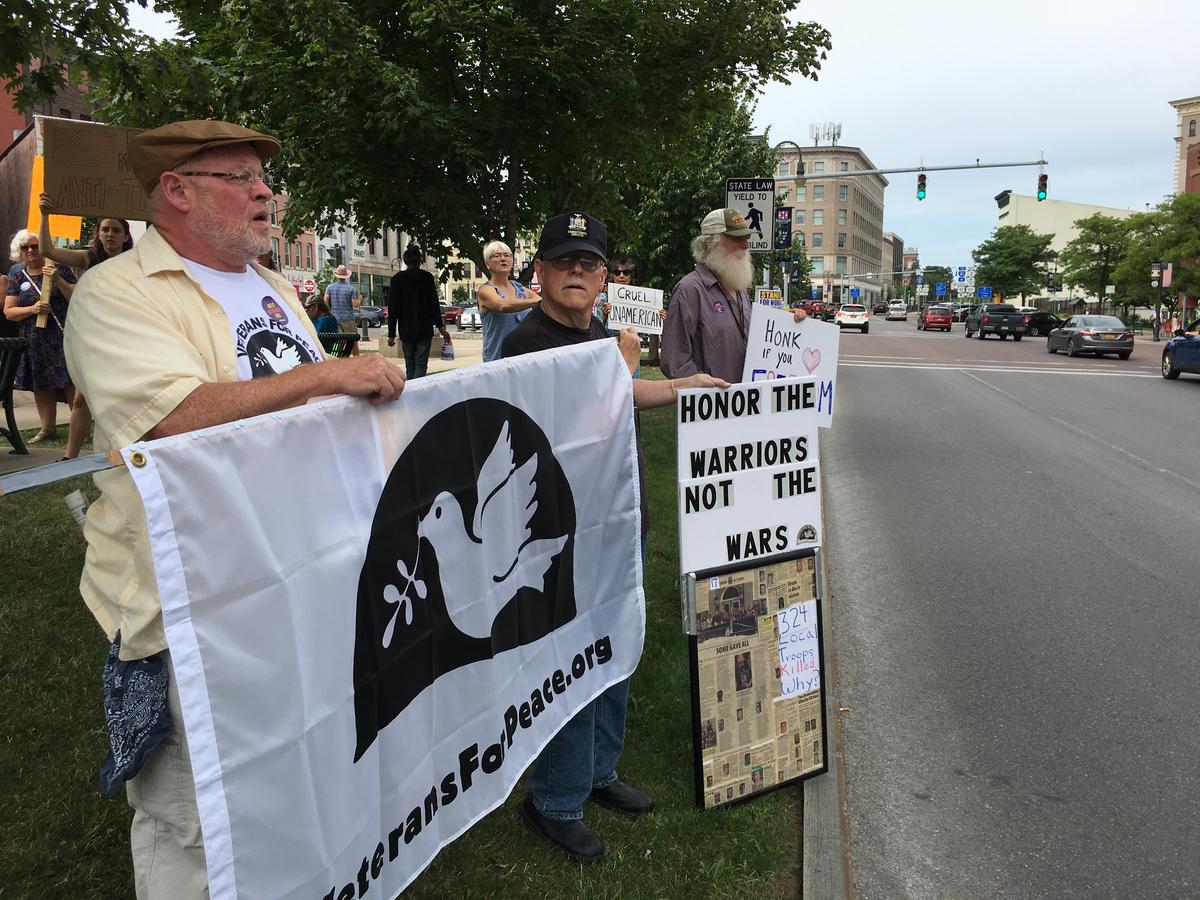 Christopher Jamison with Veterans for Peace said Trump has the wrong priorities when it comes to military spending.

“We’re not against the raises, spending health care for veterans, the V.A., but the money that he is spending on weapons systems that the Pentagon doesn’t even want, is ludicrous,” Jamison said. “If we’re going to spend money, we need to spend it here at home and take care of the folks at home.”

After the signing cermony at Fort Drum, Trump flew to Griffiss International Airport in Rome, where he was greeted by supporters and Rep. Claudia Tenney (R-New Hartford). Trump and Tenney then traveled to Utica for a private fundraiser. 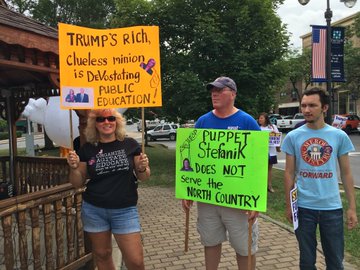 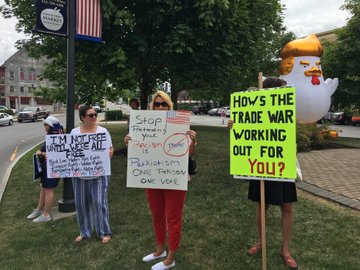 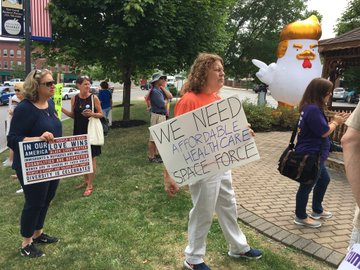 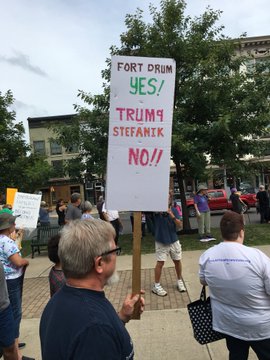