SYRACUSE, NY (WRVO) – State officials say they are on alert and ready for potential Lake Ontario flooding in the coming weeks.

In Sodus Point Monday, Gov. Andrew Cuomo announced a series of steps the state is taking to prevent flooding in the event of a rain storm later this week.

“We have the National Guard on call, we are starting to deploy a structure called an Aquadam, which is basically a temporary dam that can be put in place along properties,” Cuomo said. 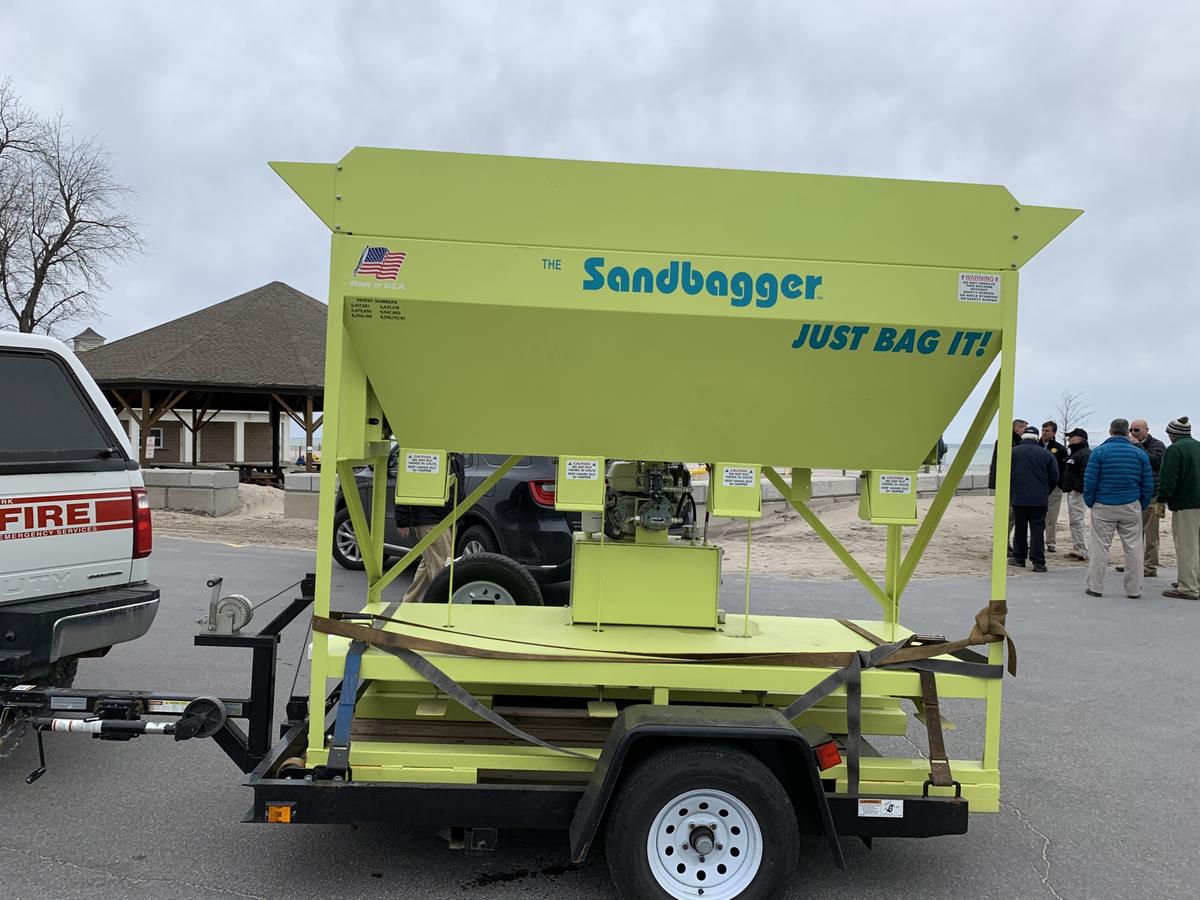 A number of sandbaggers are being sent to communities along the Lake Ontario shoreline to help with potential flooding. CREDIT ELLEN ABBOTT / WRVO NEWS

The state will also send unfilled and filled sandbags, pumps and hoses to communities along the lake.  Sodus Point Mayor Dave McDowell, expects them to come in handy.

“We need the pumps to keep the streets dry, that sandbagger will be going up to our highway barn so we can start making sandbags, and next week we’ll get them placed,” said McDowell.

While these actions address an immediate concern, Cuomo also hopes a meeting this week of the International Joint Commission, which controls water levels in Lake Ontario, will improve what’s become a common flooding situation. He said there are now members on the international group from New York State, who can advocate for issues facing New Yorkers.

“The state will have spent $100 million just in this area from flooding, “Cuomo said. “I think New York has been especially hard hit, and we deserve more consideration from the IJC.”

Cuomo has already asked the IJC to maximize outflows from Lake Ontario to prevent the kind of flooding that impacted thousands of New Yorkers in 2017.  Since then water levels have remained higher than average. Currently, water levels are more than a foot higher than the long-term average, something Cuomo said doesn’t matter much anymore.