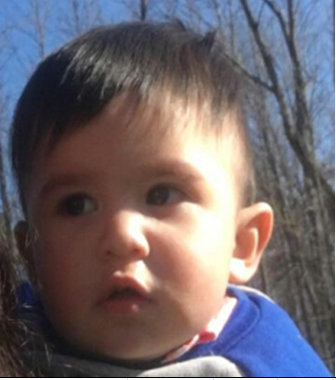 Owen Hidalgo-Calderon was last seen on May 16. CREDIT PROVIDED

ROCHESTER, NY (WXXI) – The search continues for 14-month old Owen Hidalgo-Calderon in Sodus after his mother was found dead last week. His mother’s boyfriend appeared in court Tuesday.
Joy Road is quiet, nothing but the wind rolling through orchards and the occasional roar of a distant car on a country road.
You wouldn’t know it, but behind the neat rows of peach trees and some dense woods, dozens of police officers are fanned out across acres and acres of farm land, looking for Owen.
The toddler has been missing since May 16. Wayne County Sheriff Barry Virts says even though a state-wide Amber alert about his disappearance has been cancelled, they are still looking for the child.
“We’re going to continue the search on Joy Road. All of our intelligence and information and interviews tell us that that’s where we need to key in on for evidence so we’re going to continue our efforts there on the farm.”
Last week, the boy’s mother Selena Hidalgo-Calderon, was found killed near the home she shared with her boyfriend. Authorities say Everardo Donoteo-Reyes admitted to moving the woman’s body from their home to the yard after she was already dead. He’s been charged with evidence tampering.
At a hearing at Sodus Town Court, his lawyer asked for the presumption of innocence for his client.
“We intend from this day forward to try this case in court, and not in the media.”

Sheriff Virts says he believes Donoteo-Reyes, who also goes by the name Alberto Ebavardo Gutierrez-Reyes, was involved in his girlfriends death.

Donoteo-Reyes is scheduled to reappear in court on July 2. 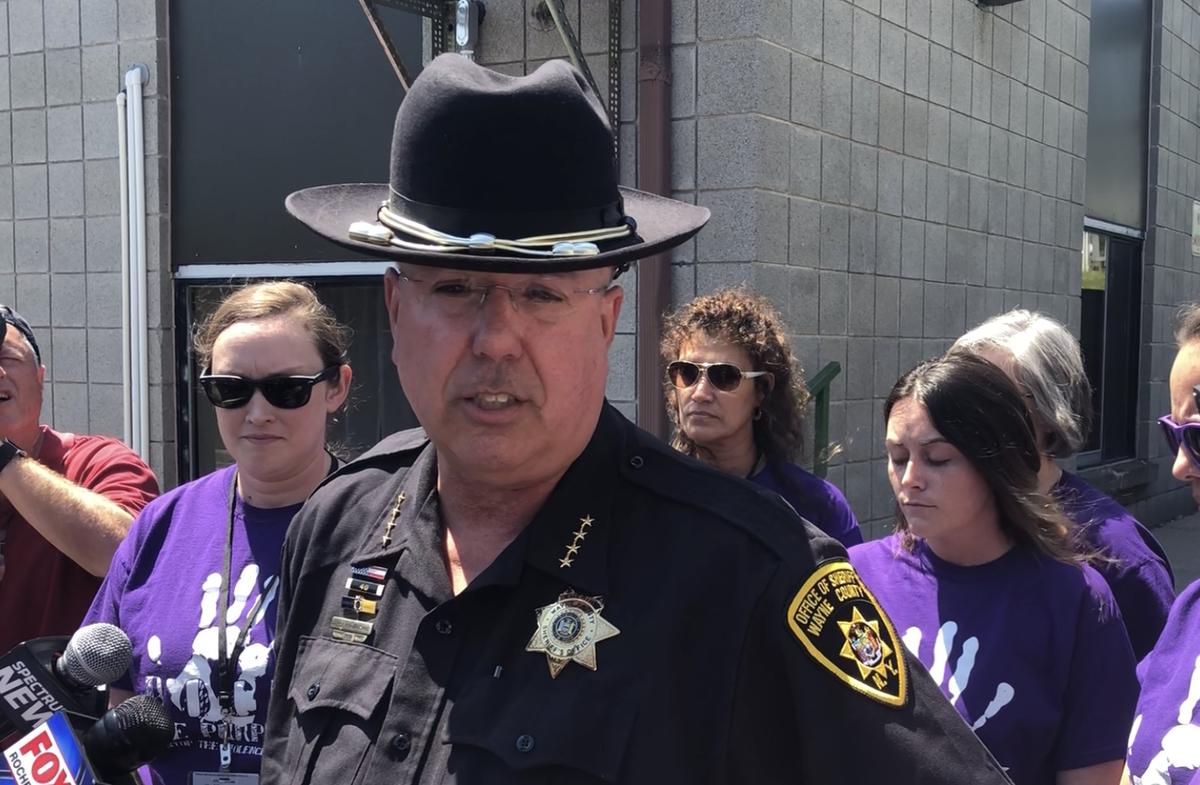 Sheriff Barry Virts says even though the Amber alert has been cancelled, they are continuing to search for the child. CREDIT VERONICA VOLK / WXXI NEWS

ICE is also involved, because Donoteo-Reyes is in the country illegally, and has been removed from the US twice before.

His girlfriend, Selena Hidalgo-Calderon, was also an undocumented immigrant from Guatemala facing potential deportation. She and Donoteo-Reyes met working on an Owasco farm together.