The second floor of the convention center was packed with volunteer’s coaches and athletes getting ready for a full day of floor hockey.

Teams from all around the state made the trip to participate. Andy Watson was with his team from Brooklyn, he’s been coaching for over 30 years. He talked about what being a part of the Special Olympics means to him.

“How would I say it, improvement of our individual’s quality of life. And that’s bio, psycho and social components. So we’re talking about health, mental, as well as what they do as far as jobs and families and turning into young men and women.”

One of his players, David Ritwo has been playing for almost just as long. He plays center and defense.

“It means together. It means one big happy family. We just come together and join and its for people to get to know each other, new people, make new friends. Just enjoy life as much as you can with other people.” 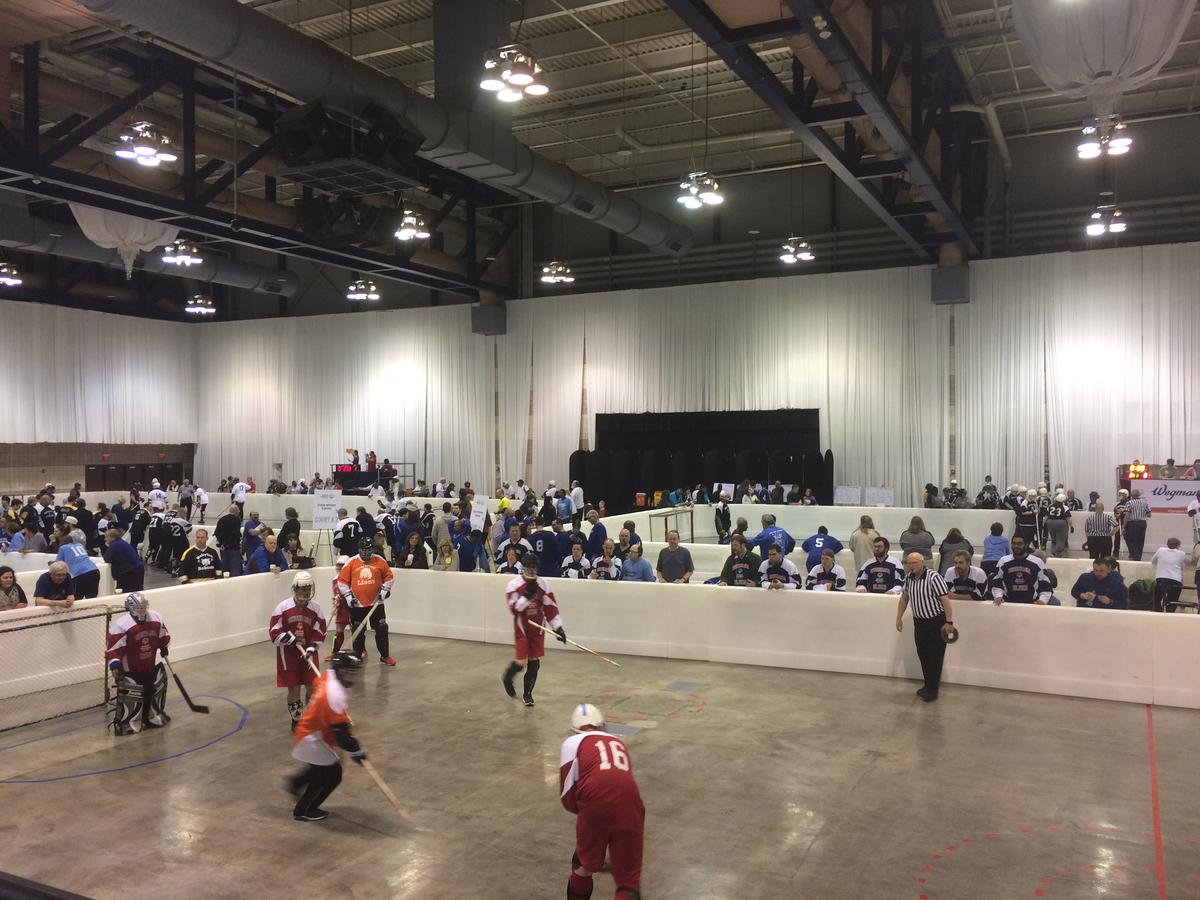 John Svec’s son Elia is on the Buffalo Storm hockey team, he has been playing for three years.

“They have the competition. They have teamwork, skill building, coordination, exercise. They can’t use their cell phones when they’re playing so that’s a good thing.”

The New York chapter of the Special Olympics is the largest in North America, and sixth largest in the world.