SYRACUSE, NY (WRVO) – Central New York Democrats resoundingly chose Dana Balter over Juanita Perez Williams as their candidate to take on Rep. John Katko (R-Camillus) in November. Balter won Tuesday’s primary with more than 60 percent of the vote and the enthusiasm of passionate supporters across the 24th Congressional District, despite being down in the polls.

“I don’t put a lot of stock in polls,” Balter said. “The only numbers that matter are the numbers that come in on Election Day. The people across this district are energized. They are raising their voices to demand the government that they deserve.”

Balter said this all started because she wanted to meet Katko.

“I wanted to talk to him about healthcare and jobs and education,” Balter said. “I wanted to tell him that I needed him to fight for me and my family and my neighbors. But he wouldn’t meet with us. He wouldn’t talk to us. He wouldn’t even listen to us. That’s why I’m running for congress.”

Balter won the Democratic designation from all four county committees in the district. But she was challenged by Perez Williams, who entered the primary race, two weeks before petitions were due, and with the support of the national Democratic committee.

“What this did was give us an opportunity to demonstrate to the party, and to the country, that politics belongs to the hands of the people on the ground,” Balter said. “Grassroots is what it’s all about.”

One of those people on the ground was Donna Alexander, who is part of the Wayne County volunteer group for Balter. She said they knocked on more than 1,200 doors.

“It feels awesome,” Alexander said. “Dana’s campaign is the blue wave. I think we all suspected, now we know.”

Balter said she is looking forward to earning the support of the Democratic Congressional Campaign Committee and said she will need their resources to defeat Katko.

Voter turnout among Democrats was higher this year when compared to two years ago. in 2016, only about 9 percent of Democrats in the 24th district voted in the june congressional primary. Turnout this year was over 15 percent. 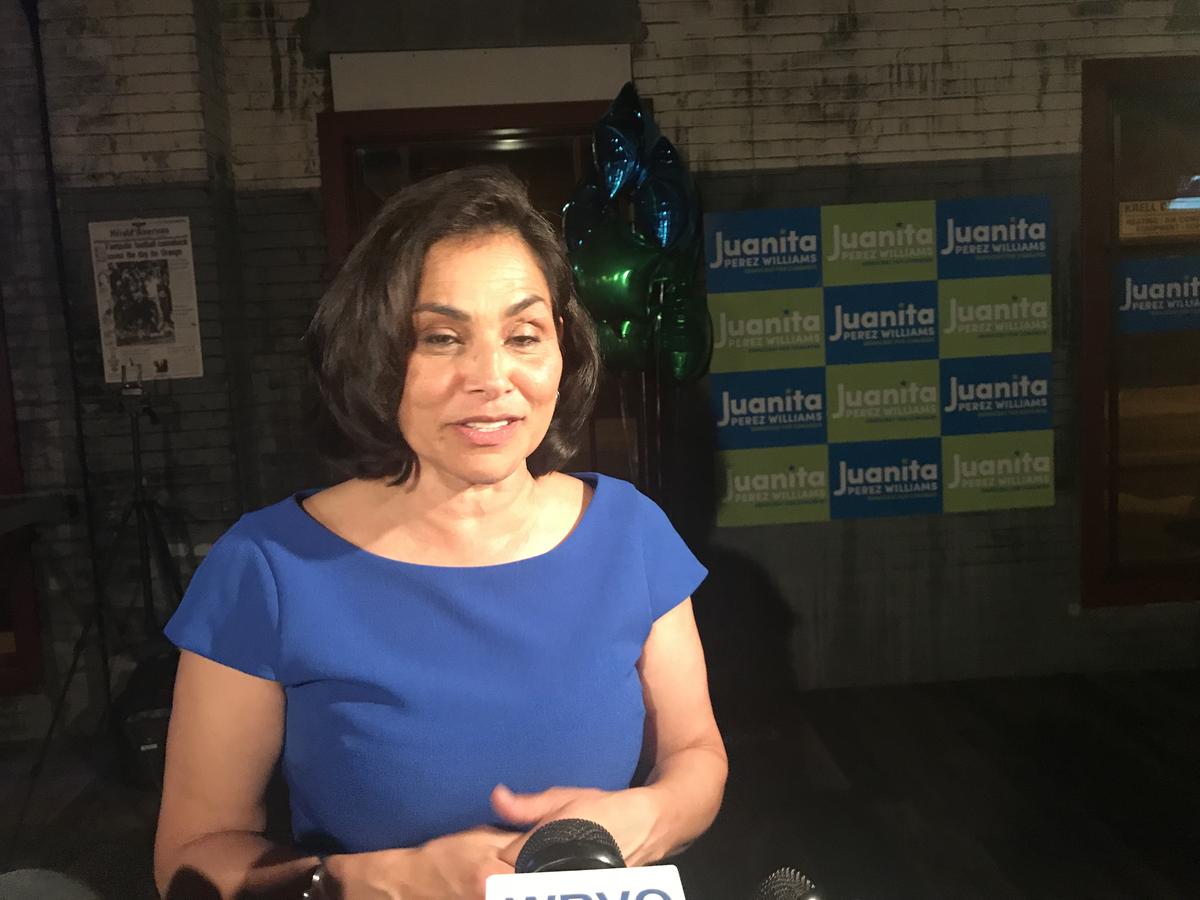 Help from the national Democatic party was not enough to push Juanita Perez Williams into the winner’s column. She admitted this was an uphill race from the start. She got in late, and did not have any support from the local Democratic committees. She did have the backing of the national Democratic party machinery.
And even though she lost, Perez Williams said the primary put the race on the map.

“That’s what we wanted, to wake people up, to get them excited about the power of us coming together and perhaps winning in November,” Perez Williams said.

This is the second time she has given a concession speech in the last seven months. She lost the Syracuse mayor’s race last November. She said she’ll support Balter in the race against Katko, and beyond that, she said she has to get back to work.

“I have to ensure that I can pay the bills and that’s important always,” Perez Williams said. “But I will keep fighting the fight. This is my passion.”