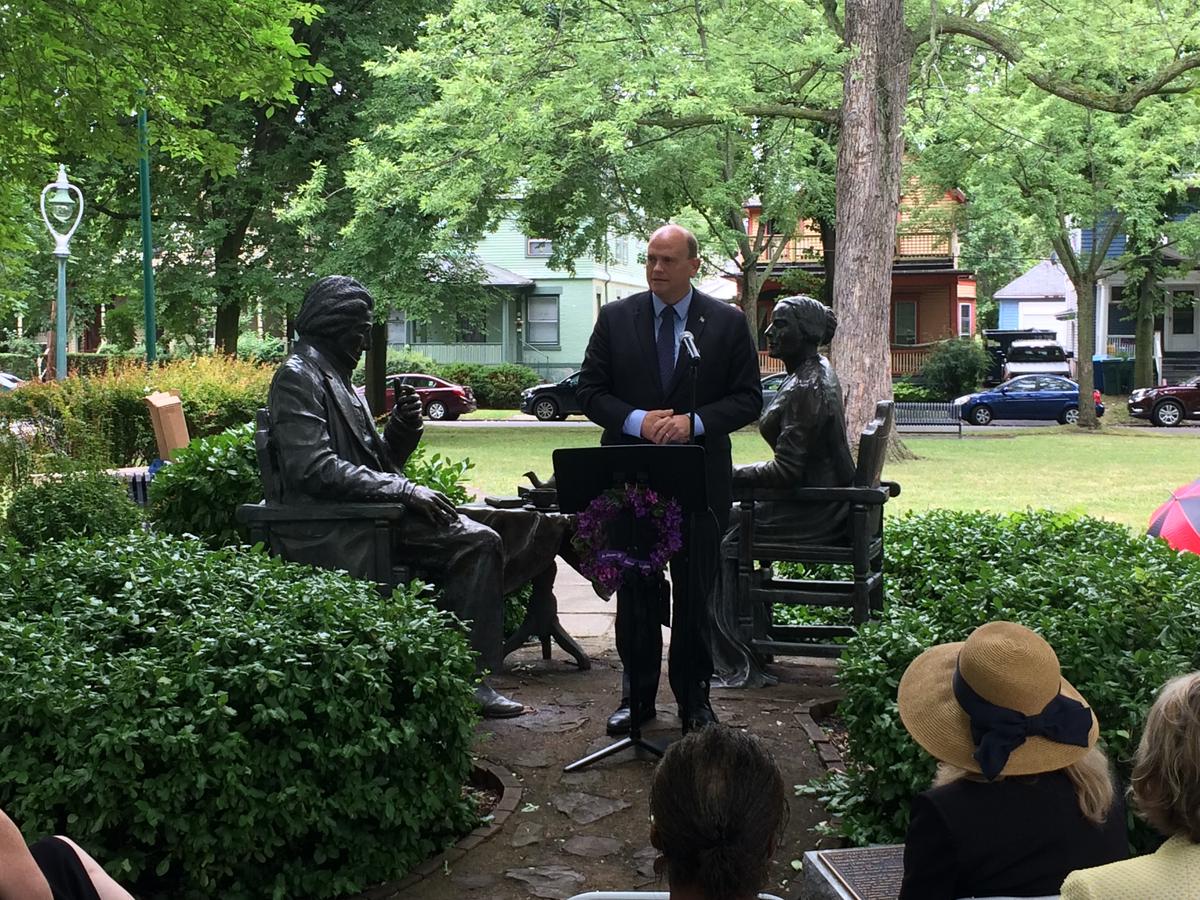 ROCHESTER, NY (WXXI) – A first of its kind “pilgrimage” brought both Republican and Democratic leaders to Western New York this weekend to explore two significant freedom movements in the state, the abolitionist movement and women’s suffrage.

After a day in and around Seneca Falls, the lawmakers made their way to Rochester Sunday morning, to honor the late Congresswoman Louise Slaughter at Susan B. Anthony Square.

Reed said Slaughter was loved on the both sides of the aisle.

“She loved the battle, she loved the debate. But at the end of the day when the cameras were off, the lights were down, and we were sharing relationships as members of Congress, there was mutual respect.”

He also remembered how much they had in common.

“And it’s not just the battles we had on the field, so to speak, and the relationships we had as members of congress. I can remember, we share a common journey, literally, we would go up Route 15.”

Slaughter’s Daughter Emily Robin Minerva was also in attendance, and spoke on her mother’s love of service.

“Somebody told me during the inauguration, which technically she boycotted and didn’t go to, but she said she watched the cars come in with the Trump family, probably from her office in the capital, and said “Aren’t we lucky? That we’re here and we get to see this? Just that we’re witnessing this kind of history. She loved that.” 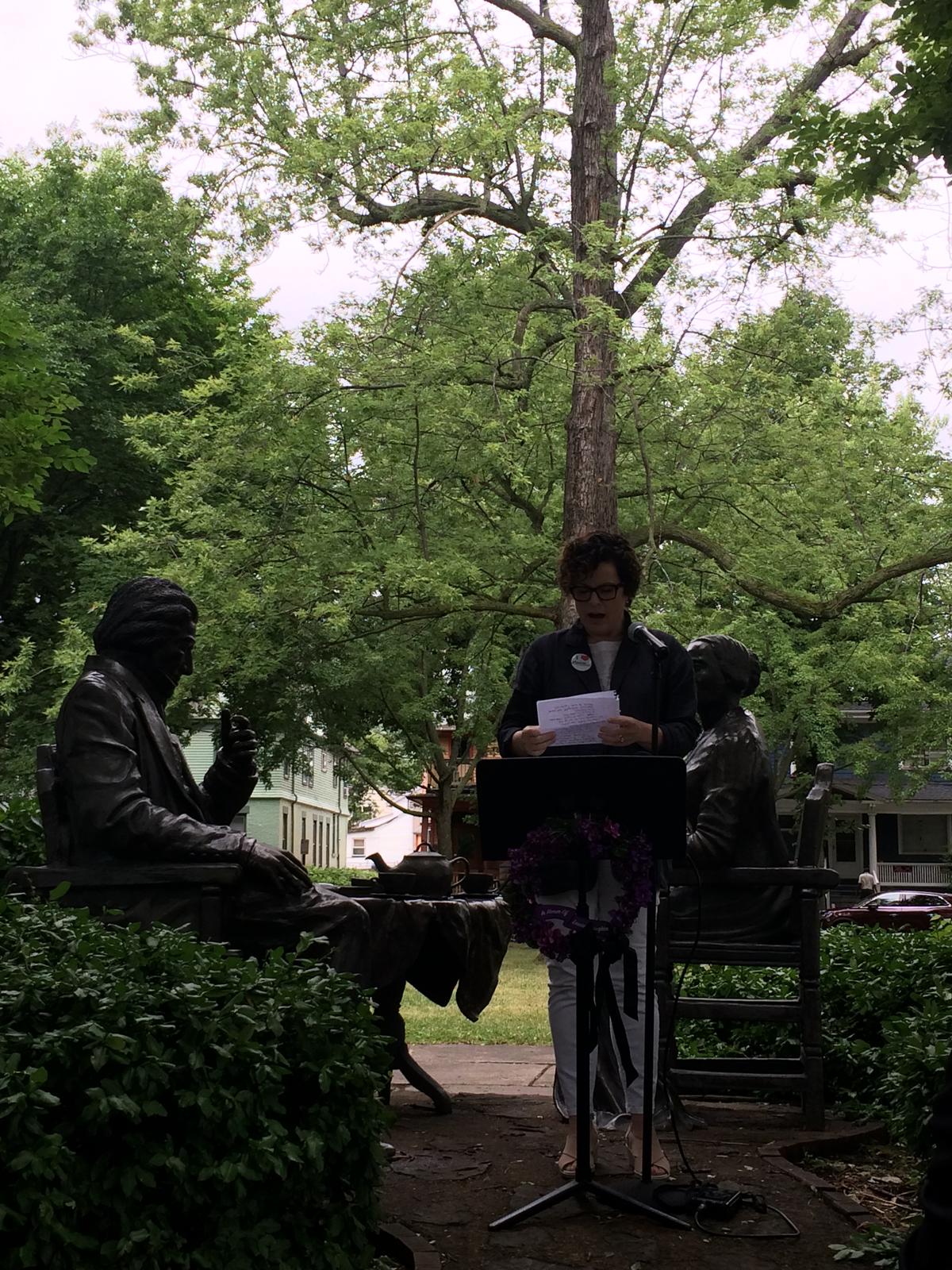 The event ended with a processional to the Susan B. Anthony House where a wreath of violets was placed on the door, a tradition also done on Anthony’s birthday.

The weekend was organized by the Faith in Politics Institute, based out of Washington D.C., and hoped to provide participants with a window into these movements including where they aligned, where they diverged, and how their leaders – Frederick Douglass and Susan B. Anthony, worked through their differences.