SYRACUSE (WRVO) – An election forecaster says the race for the 22nd Congressional District may be more competitive than earlier thought. The Cook Political Report has changed their prediction for the campaign between Assemblyman Anthony Brindisi (D-Utica) and freshman Rep. Claudia Tenney (R-New Hartford) from “Lean Republican” to “Toss Up.”

The shift came after Brindisi outraised Tenney for a second quarter in a row last year and ended 2017 with more cash on hand – $581,000 to Tenney’s $563,000. But, the report says the controversy over a proposed hospital in downtown Utica may dog his bid.

A group of Uticans working to stop the Mohawk Valley Health System from placing a 670,000 square foot hospital in downtown recently obtained a trove of Brindisi’s emails through a public records request. They revealed how Brindisi and other Oneida County officials worked from the start of the project to push for building the facility downtown, before seeking public opinion. No Hospital Downtown referred to the situation as “emailgate.”

In some of the emails, Brindisi called opponents to the downtown hospital “idiots,” said he did not want public opinion derailing the project and criticized economic development officials in Herkimer County, one of the eight counties covered by the 22nd Congressional District. Brindisi addressed the issue during his first address at the recent Mohawk Valley Legislative Forum in Utica.

“Thank you, Karen for the question. I was going to email my answer but I’m having a lot of problems with my email these days,” Brindisi said as the crowd laughed.

Brindisi brushed off any potential damage to his run, saying most people are past this. But Tenney’s campaign has seized on the revelations – calling him a “bully” and “typical politician.” 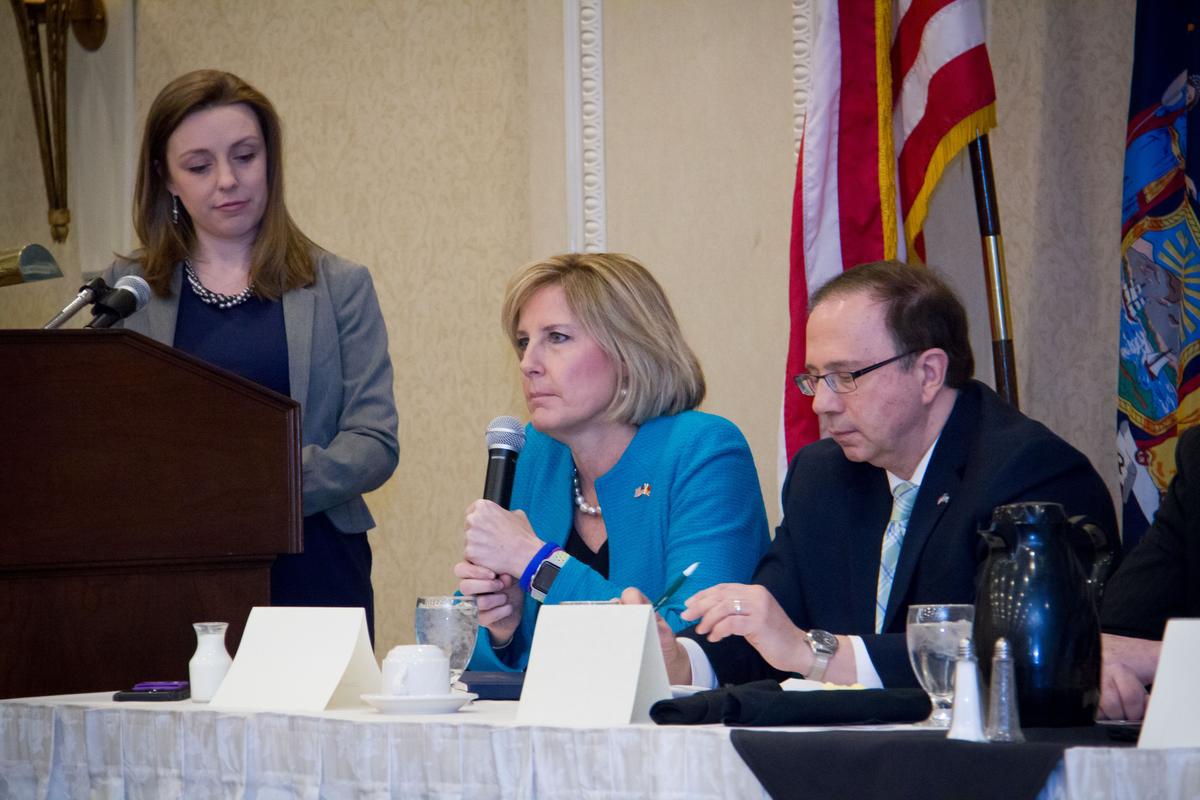 “I think what he showed was his arrogance and his lack of respect for the people, not just his constituents -who he referred to as idiots – and specifically the people from the No Hospital Downtown group, but also the way the negative comments about the really important things that the Herkimer county IDA are doing,” Tenney said.

Luke Perry, a professor of government at Utica College, says whether or not the emails will have a large impact depend on how long it remains part of the public conversation.

“If more emails gradually come to light, then that could sort of continue to be a problem for Brindisi,” Perry said. “If it’s one of these things where there’s a lot focus on it now and in a couple weeks or couple months there’s no new revelations, then I would think that it potentially goes away.”

Perry says Brindisi has a good reputation in the area and is working to limit the damage. But perhaps the biggest risk to Brindisi’s chances is not how this hurts his campaign, Perry says, but how it helps Tenney’s.

“This generate enthusiasm, which is something that Tenney is trying to do, right?” Perry said. “Voter enthusiasm and turnout will be key considerations here.”

The 22nd Congressional District includes all of Chenango, Cortland, Madison and Oneida counties and parts of Broome, Herkimer, Tioga and Oswego.