GREAT LAKES RADIO – In the Great Lakes region, toxic algae blooms are a big problem. Every summer, they leave a green sheen on parts of the Great Lakes – and on many smaller lakes. New York State has a new campaign to find solutions. But some question the approach.

In his lab at the SUNY College of Environmental Science and Forestry in Syracuse, Greg Boyer stands beside his mass spectrometer. This machine is analyzing the chemical makeup of algae samples, specifically, those that produce deadly toxins. 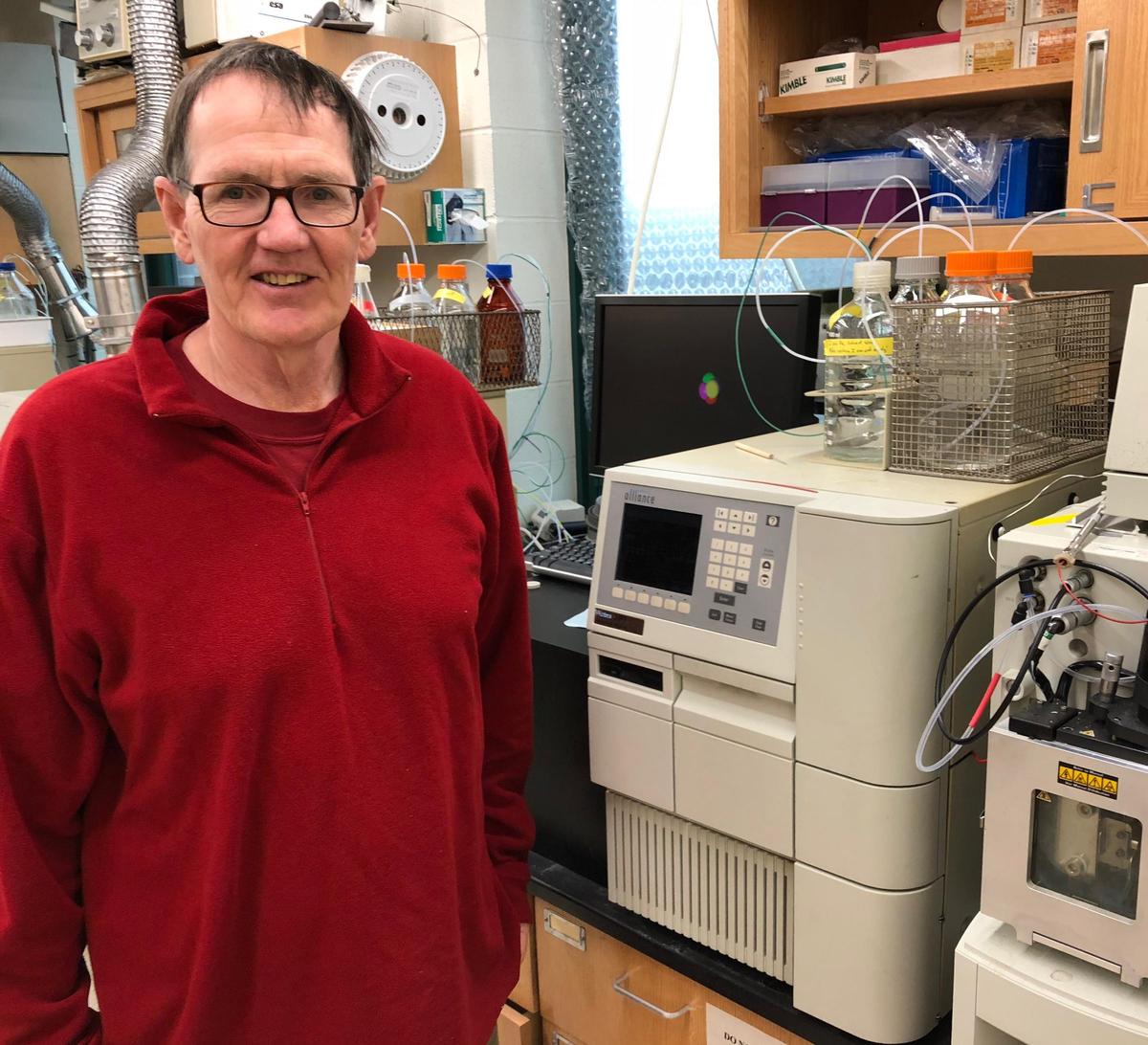 “There really are hundreds and hundreds of toxins,” Boyer says over the whir of his machine. “And the ones we worry about are not the ones we know, but the ones we don’t know.”

The blue-green algae that produce toxins harmful to people and pets are also responsible for algal blooms in lakes and rivers across the region.

“Most people would see a blue-green algal bloom,” he says. “They would say, ‘Well, the water is discolored.’ There is a scum floating on the surface, it often looks like spilled paint.”

Algae love nutrients like phosphorus and nitrogen. Blooms are caused when too much of those nutrients wash into lakes and rivers.

And some of it, Boyer says, is historical. It has made its way into the soil, air and waterways, and causes fresh problems every year.

Boyer is now part of a task force that New York’s governor has gathered to solve the problem. With almost $60 million in the budget, Gov. Andrew Cuomo wants the group to look at 12 New York lakes. He outlined the problem in his state of the state speech late last year.

“We have seen a new phenomenon in water quality in many of our upstate lakes and alarming increase in water pollution that is dramatically affecting the quality of our lakes,” he said. 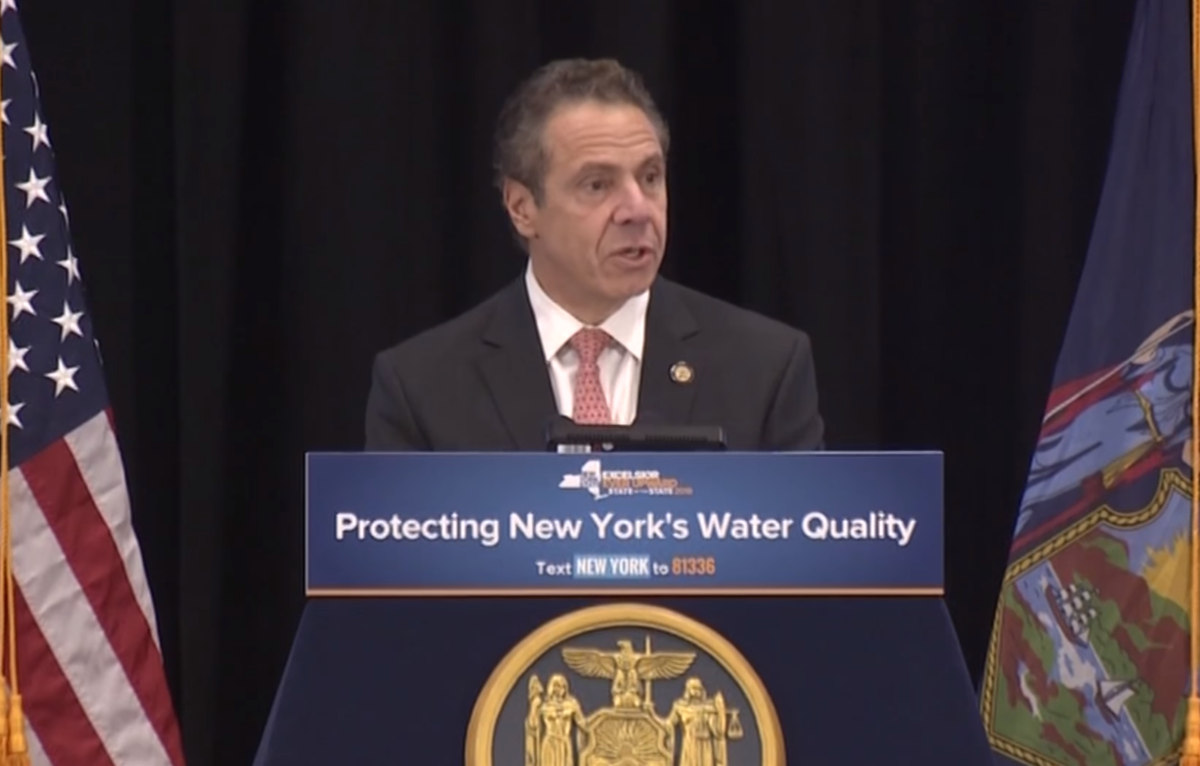 Cuomo addresses water quality and harmful algal blooms in his state of the state CREDIT WWW.GOVERNOR.NY.GOV

Cuomo’s plan calls for gathering experts from New York, but also other Great Lakes states like Michigan and Ohio, and even North Carolina, Vermont, and Tennessee.

These blooms pose a threat to public health across the country, and the idea is that getting everyone together will lead to creative solutions — with official action plans to be completed this spring.

“What’s most important is that we understand the urgency of this issue and we move with speed and haste,” he said in his speech. But some are wary of the governor’s haste. Nelson Hairston, a professor of evolutionary biology at Cornell University, works with Honeoye Lake, one of New York’s Finger Lakes. He’s also part of the task force.

“Well,” Hairston says, “I just think the timeline is probably not realistic.” 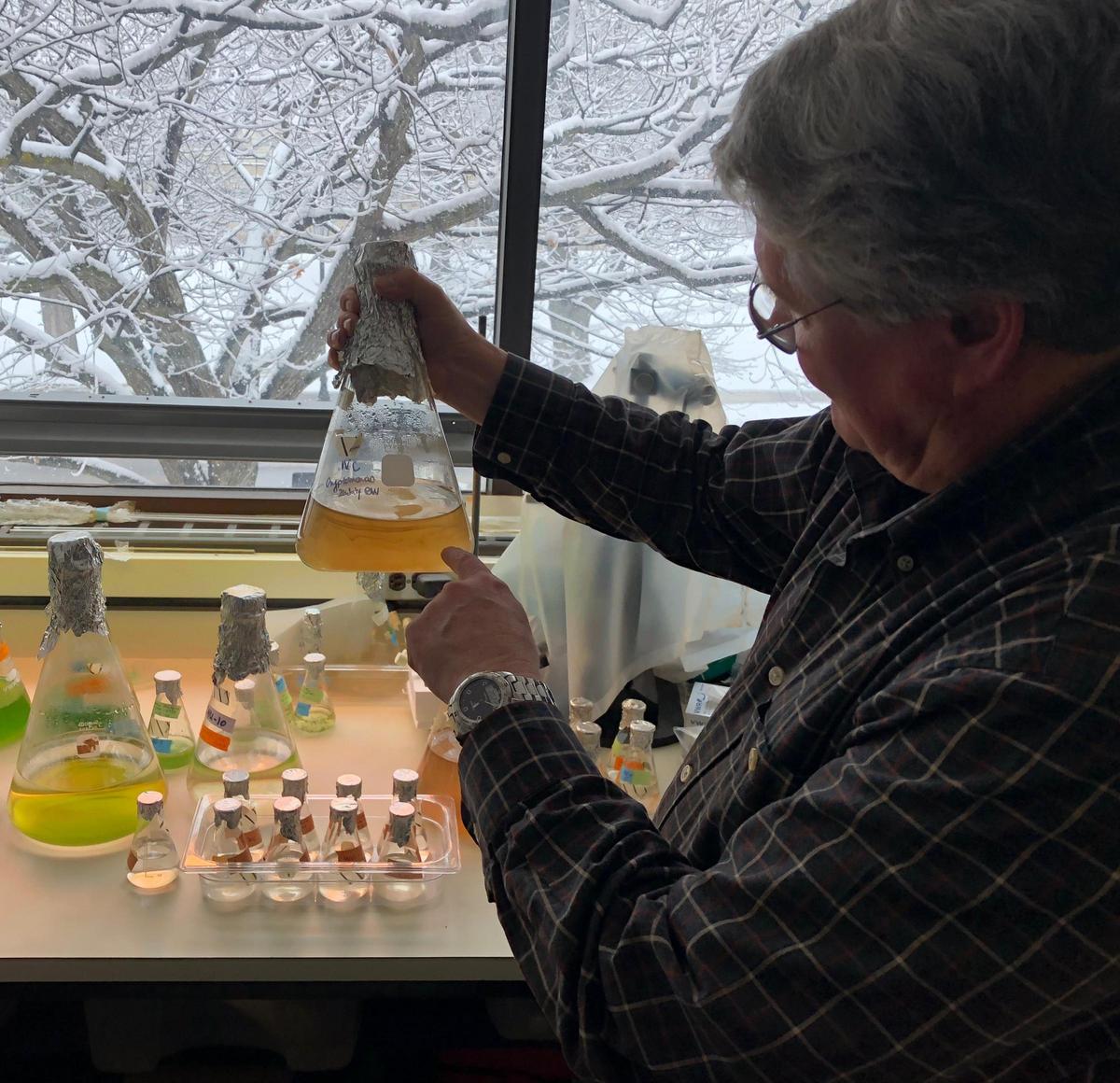 Unlike Lake Erie, where agriculture is the biggest contributor to algal blooms, the main source of nutrients in Honeoye is buried in the bottom of the lake.

“We’re interested in to what extent those nutrients come up from the sediments every summer and drive these algal blooms,” Hairston says.

Scientists need more time to figure out how to remove phosphorous already in the environment, he says, because some of the fixes are very expensive and some only suppress the problem for few years.

“Is a four-year solution long enough to make everyone happy or do we want to try to do something more long-lasting?” he asks.

Boyer is more optimistic. These meetings may not lead to a one-size-fits-all solution to the state’s algae problem, he says, adding, “It’s going to be 12-sizes-fit-most.”

He says experts can learn a lot from implementing different management strategies across these 12 lakes. Then they can apply what they learn to the rest of New York’s lakes — and the Great Lakes, and lakes across the country and the world.