ROCHESTER, NY (WXXI) As the invasive species the Hemlock Woolly Adelgid continues to spread across New York, our neighbors to the North are trying to get ahead of the problem.

A coach bus brought a group of landowners and resource managers from Ontario to Durand Eastman Park in Rochester, to learn more about the spread and management of the insect.

The small bug poses a huge risk to Hemlock trees in New York, and has been spotted in Nova Scotia and the Ontario side of the Niagara River.

Mark Quinn is the Superintendent for Horticulture for Monroe County Parks, and says they’re already hitting our area hard.

“Like many of our invasives it’s actually become quite a problem. There’s several park areas that we manage that have Hemlock Woolly Adelgid right now and we’re doing some treatment and some biologic. It is spreading and if you look at the trees its actually starting to take a toll.”

The bug has been seen in Highland, Seneca, and Durand Eastman parks.

Mark Whitmore has been studying the Hemlock Woolly Adelgid for years now. He’s an entomologist at Cornell University and says collaboration is key in this field. 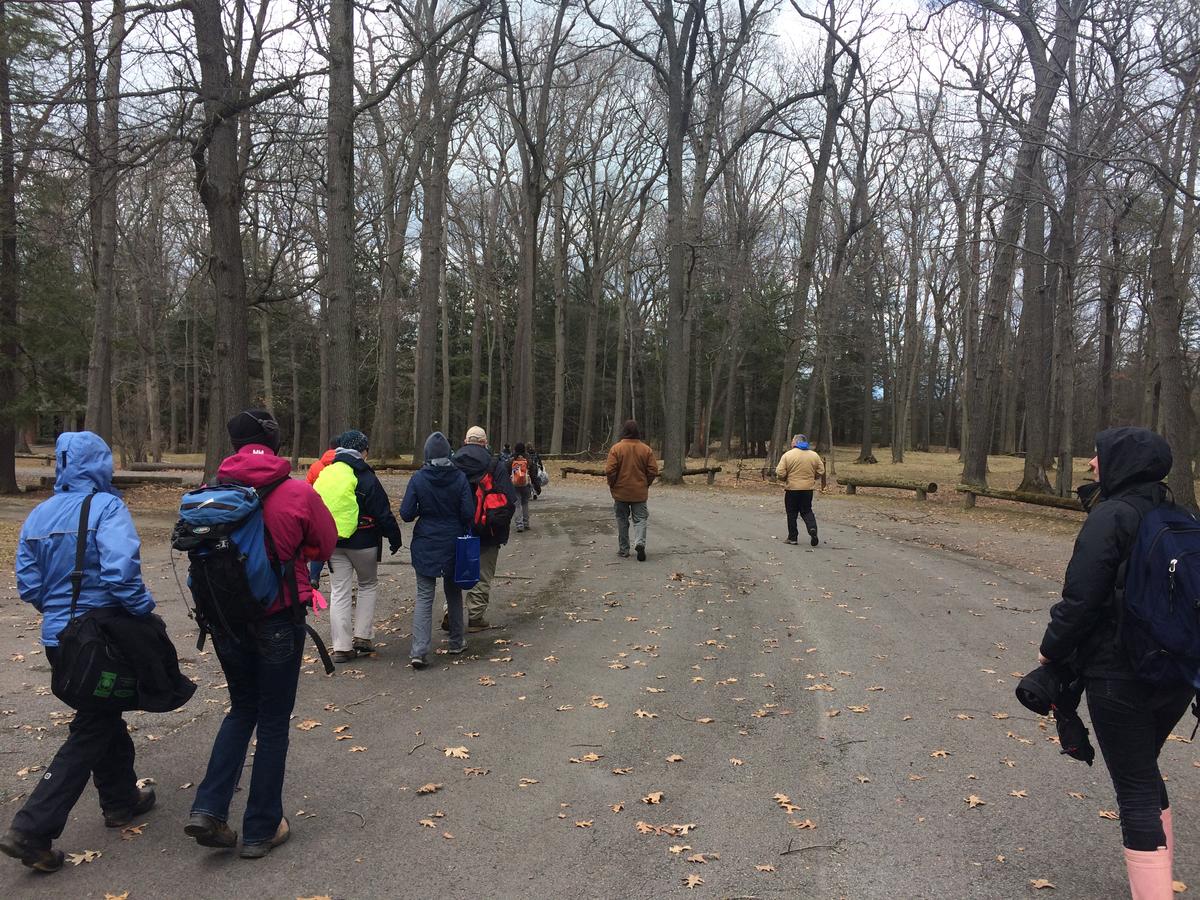 CREDIT CAITLIN WHYTE / WXXI NEWS “We all tend to know each other and so it’s something that happens, sort of an organic relationship where we got a problem and they want to know about it and be aware how to manage it. So they’re prepared and that’s good.”

Led by Cornell University’s State Hemlock Initiative, the event was designed to instruct attendees on the bug’s biology, detection, and its impact on Hemlock trees.

Erin Appleton is a Plant Health Survey Biologist with the Canadian Food Inspection Agency and says they’re just trying to get ahead of the spread.

“It’s an interest of ours to find out more about it and help that inform our research and sort of, our education program in Ontario and Canada.”

Part of the event involved a demonstration of a monitoring method using a slingshot.

People took turns shooting small balls covered in Velcro up through the branches of hemlocks in the park; the goal is to be able to get a better idea of what’s happening higher in the trees, with Velcro catching on to any possible bugs as it falls. 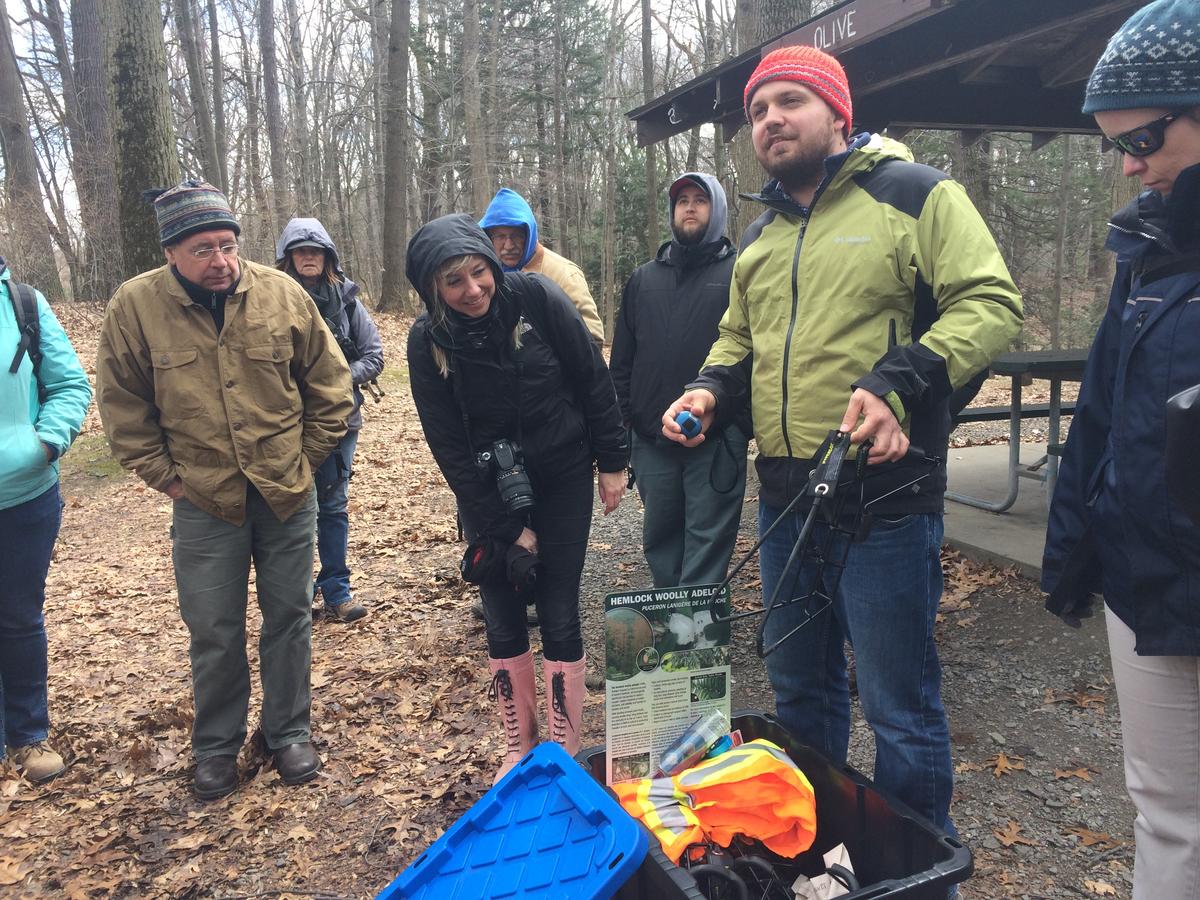 CREDIT CAITLIN WHYTE / WXXI NEWS The day also featured the release of a new predator species into the park, the Silverfly.

Whitmore says he’s glad events like these can exist.  “That we’re able to reach across the border and work with our neighbors because insects know no borders.”