STATEIMPACT PENNSYLVANIA – A warming planet is changing what we see at our bird feeders and what we hear in our forests. Higher temperatures, sea level rise, and increased precipitation has already taken a toll on bird populations nationwide, according to a new report out today by the National Audubon Society.

“Survival by Degrees, 389 Bird Species on the Brink,” looked at 604 bird species in North America, from Mexico to Canada, and found that changes in climate threatens two-thirds of those birds with extinction. The report includes an interactive online tool that can be searched by species and Zip Code.

The sound of the Great Horned Owl – so common in the woods of Pennsylvania today – could be less common if carbon emissions aren’t brought under control, said Goldman.

Another common sight in the region’s wetlands is the American black duck – not actually black but brown with a splash of purple on its wing.

Brown says the American black duck is one of hundreds of  birds nationwide that could lose habitat from a changing climate. Some are moving north, but that may not be an option for all of them.

In some cases, warmer temperatures could mean insects, the food source for migrating birds, hatch earlier. But the birds migrate according to length of day, and could end up missing important meals along their journey north. 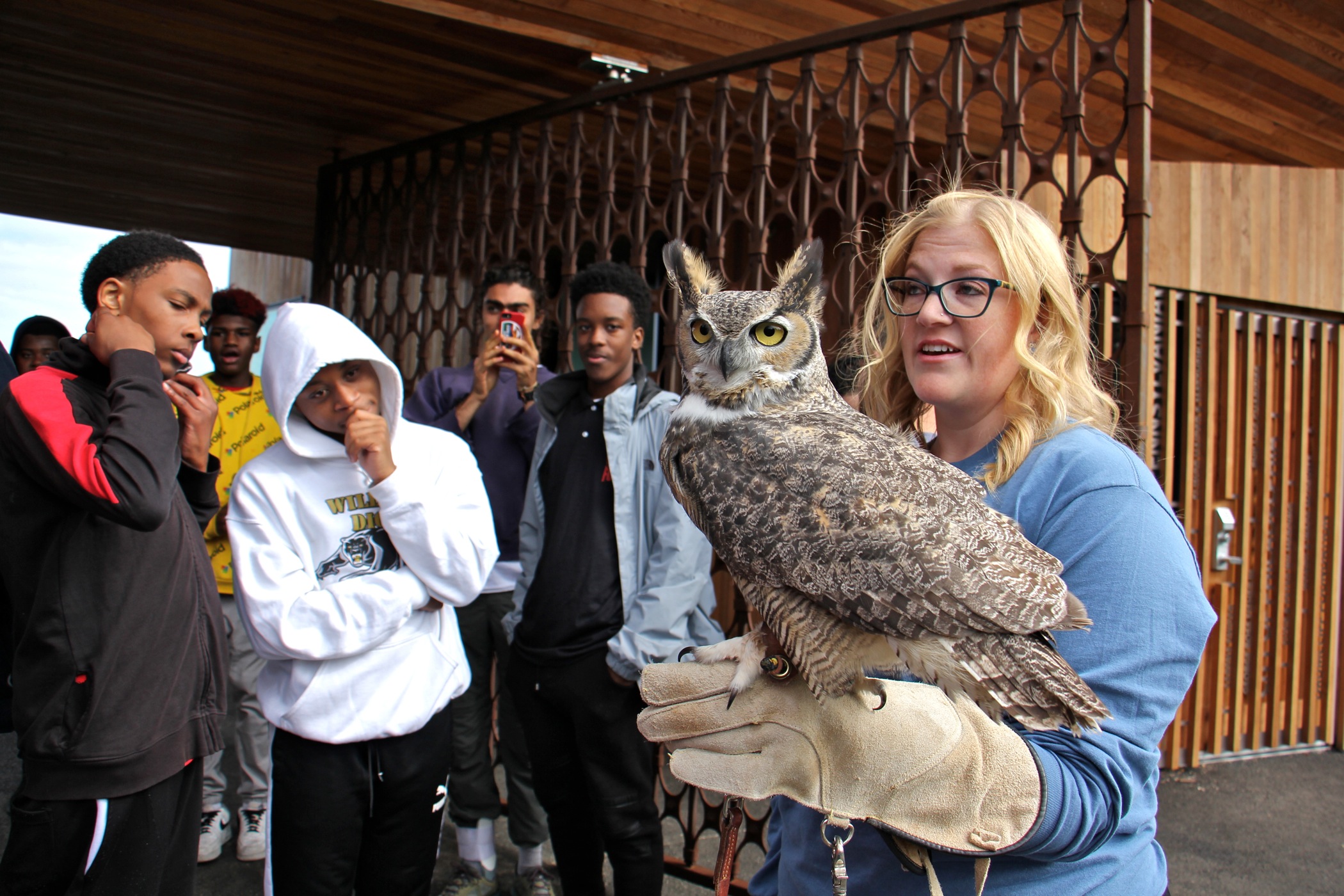 “There are many insects they eat that could become more common and start defoliating trees. And then there are others that carry insect diseases that affect us as well as birds,” he said.

Russell says some birds that have never before been seen in the area are already making Pennsylvania their new home.

“The black vulture didn’t used to occur in Pennsylvania at all before the 1990’s,” said Russell, “and since that time it has colonized Southeastern Pennsylvania, it’s a common bird here now.”

Russell says the summer tanager and the yellow throated warbler are also now seen in the area, while the once common evening grosbeak, American tree sparrow and the purple finch are now hard to find.

New Jersey’s state bird the American goldfinch could disappear from the state in summer. Pennsylvania’s state bird the ruffed grouse could lose it’s statewide habitat altogether if global temperature rise is not kept below 3 degrees Celsius.

The report is an update to a study released in 2014. The new report used more than 140 million records, some collected by citizen scientists across decades, as well as climate models of 1.5, 2.0 and 3.0 C degrees of average global temperature rise published by the U.N. in 2014.

Birds are threatened by a number of factors, including loss of habitat to development. The report says the species most vulnerable due to climate and other factors in Pennsylvania include the brown thrasher, cerulean warbler, eastern towhee, eastern whippoor-will, fish crow, field sparrow, pine warbler, red-headed woodpecker, scarlet tanager, worm-eating warbler, wood thrush, northern goshawk, and American black duck.

The report comes on the heels of a disturbing study in the journal Science last month that showed declines in the North American bird population of almost three billion within the past 50 years.