Fort Drum is flying beyond its perimeters farther into the North Country in its new Falcon's Peak training exercise. (Payne Horning/WRVO)

SYRACUSE, NY (WRVO) – The North Country will experience additional helicopter traffic over the next week. It’s part of a first-of-its kind training exercise that Fort Drum says will better prepare their soldiers for the fight of the future. But Fort Drum and those who represent it in Albany hope the exercise will also demonstrate how important it is to preserve the area that surrounds the base.

A group of public officials and journalists were recently shown first-hand how helicopter pilots are practicing the fast, low-level flying techniques. At times during the flights, the Black Hawks were only 30-40 feet above the ground. The goal is to mask the helicopters in the terrain to limit the amount of time people on the ground have to target them with advanced shoulder-fired rocket launchers. 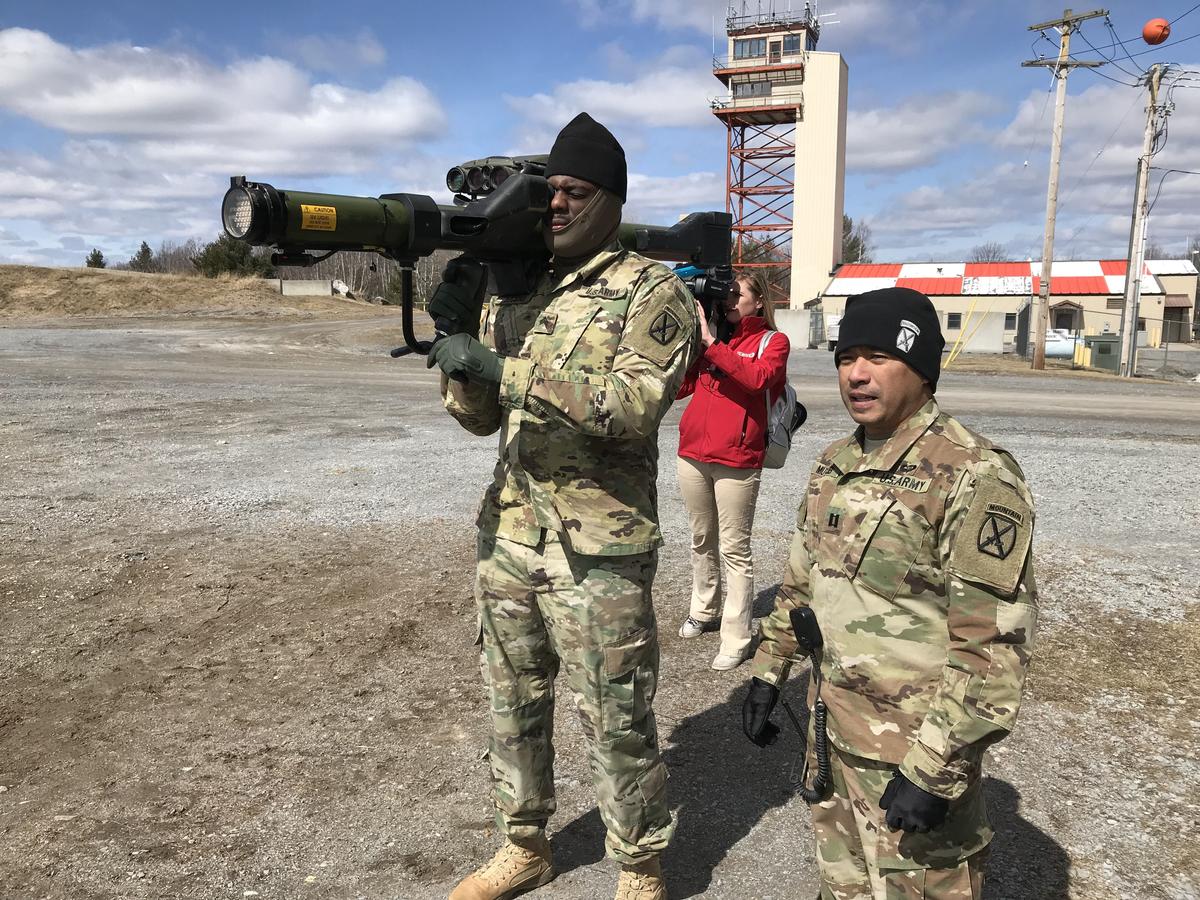 Fort Drum soldiers demonstrate how a mobile, shoulder-fired rocket launcher can be used to target and shoot down helicopters from the ground. CREDIT PAYNE HORNING / WRVO NEWS

“We are very vulnerable in the air,” said Col. Clair Gill, commander of the combat aviation brigade involved in the training exercise. “We can use terrain to fly low because if we can’t be seen and we can’t be heard, then we can’t be engaged.”

“It’s also about demonstrating the unique capability that the airspace and the landscape here in the North Country give us, and why we need to protect this unique training capability,” Donahoe said.

The exercise comes as several wind farms are being considered for development around Fort Drum. That has raised concerns about potential consequences from the wind turbines, like how they can create blind spots on Fort Drum’s radar system. Gill says it could impact their operations.

“Obviously wind turbines in and around this area where we train potentially could encroach on that,” Gill said. “It’s not really my opinion and it really isn’t the opinion of anybody at Fort Drum about what we should do about it, we just want to make sure that the legislators understand the impact of that as they’re making their decisions

“They have asked that we take steps to ensure that they can continue to train here unhindered,” Jenne said. “And part of that is to try to protect the area – a lot of the area that they are planning to use over the next several weeks – from development that will hinder their air training capacity.”