Colossal Cave Adventure, a text-based game, made its debut in 1976, laying the foundation for games to come.

Microsoft Windows Solitaire debuted in 1991 and is still being played on millions of computers worldwide.

Mortal Kombat launched in 1992, and its violence prompted the creation of the Entertainment Software Rating Board two years later.

The final inductee, Nintendo’s Super Mario Kart built upon previous racing games and, despite all the advances in technology, it still holds up today, according to Nintendo’s Vice President of Product and Development Nate Bihldorff, who was on hand for the ceremony. 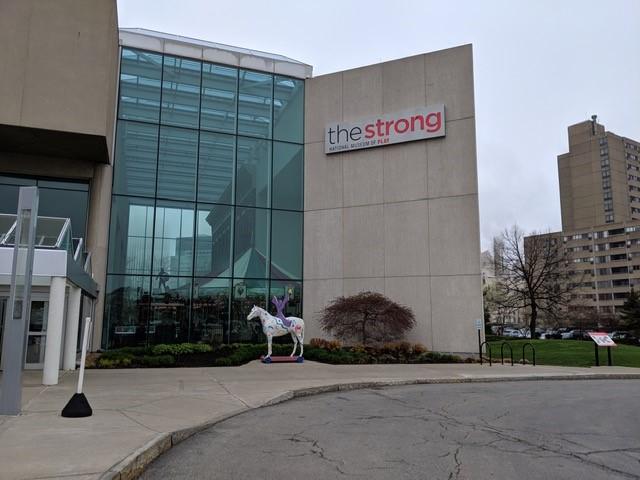 “It doesn’t mean that the older games don’t hold up, they absolutely do,” Bihldorff said. “Every game up there you could play right now, and still have a ton of fun with.”

Director of the International Center for the History of Electronic Games at The Strong, Jon-Paul Dyson, says the concept of play takes many forms, and many video games are directly related to older forms of play.

`”We play in all different ways, whether we’re inside, outside, whether we’re playing video games,  a board game or running around, play takes many forms, and here at The Strong we want to celebrate all of those forms,” he said.

The World Video Game Hall of Fame recognizes electronic games that have achieved icon-status, have longevity, have a large geographical reach and influence other games, popular culture or society in general.