Now, all are idled.

St. Marys, population 13,000 in rural Elk County, is a hub for powdered metal manufacturing. The area is also known for lush forests and game lands, where herds of elk congregate.

In a state where unemployment-compensation claims are already some of the highest in the country, the numbers here stand out. More than 1.5 million Pennsylvanians have filed claims since mid-March. Though the numbers are highest in urban areas such as Philadelphia, this rural, low-population region has proportionally been hit the hardest.  Elk and neighboring Cameron County have the highest rate of unemployment claims per capita, at nearly twice the state average.

“I would not be surprised” by that statistic, said Genarro Aiello, president of the Elk-Ridgway Chamber of Commerce and a Realtor. Powdered metal is intertwined with the car industry, and with the pandemic “they’re not doing anything.”

In powder metallurgy, pulverized metal bits are pressed together using dies and fired in long furnaces to bond the particles together. Those parts end up in the engines of cars and snowmobiles, as well as heavy farm equipment and hospital generators. In addition to the manufacturing plants, suppliers, toolmakers, and repair shops buoy the local economy — or  they did until the state shut down.

Revenues at Catalus plummeted by 75% in April, according to Parsons, and as a result the company furloughed around 70 of its 100 workers.

Though many of these manufacturers shut down temporarily after Gov. Tom Wolf’s order on March 19, some kept operating because they believed their supplies to be life-sustaining. Others said they closed for a week before receiving a business waiver from the state Department of Community and Economic Development.

But without customers, and with other parts of the supply chain shut down, that wasn’t enough to keep production high.

“I think auto sales and things of that nature are going to take a hit for a long time,” said Rodney Brennen, chief financial officer of Metco Industries, another powdered metal manufacturer.

Dependence on one industry, powdered metal, is part of the reason why this part of Pennsylvania has seen such a large drop in employment.

“They’re one of few counties where manufacturing is one of the top industries, or top employers, in a rural county,” said Barry Denk, director of the Center for Rural Pennsylvania, a legislative think tank. “Whatever downturn that segment of the manufacturing industry gets hit with really has a sizable impact.”

Tourism, education and health care, and trade/transportation/utilities industries have lost the largest number of workers statewide, according to statistics published by the Pennsylvania Department of Labor and Industry.

Lawmakers from this part of the state have been some of the most vocal about businesses’ ability to reopen. This is State Senate President Pro Tempore Joe Scarnati’s district, and he’s one of several GOP leaders who signed a letter to Governor Wolf pushing for a more transparent waiver process, and to allow more businesses to reopen.

“I certainly think the governor got carried away and got knee-jerk without understanding the impact,” Metco Industries’ Brennen said of the sweeping business closures in Pennsylvania. But he and others also never downplayed the risk of the pandemic in their area.

Lou Radkowski, the mayor of St. Marys, said his constituents are taking the pandemic seriously and staying home — a far cry from the protesters who made news in Harrisburg last week for flouting lockdown orders.

“We have … four ICU beds and five ventilators, so I get it. It’s on us to make sure we’re successful at [social distancing],” he said.

Elk County has two confirmed cases of COVID-19, which Radkowski said is a sign of that success, although testing is not widespread. The greater pain here is economic.

“Why not have that discussion with us, to say, ‘Let’s ease some of the other pain that’s out there,’” Radkowski said.

If the economy takes years to recover, as some already fear it will, it could exacerbate existing demographic trends in which young people leave rural parts of the state for growing areas in the eastern part, said the Center for Rural Pennsylvania’s Denk. The area had lower unemployment than the state average for the majority of the 2010s, but numbers had been creeping up in the last two years.

James Adams, director of the Metal Powder Industries Federation, said competition for contracts with manufacturers in other parts of the country, those with less restrictive shutdown orders, could also hurt local businesses.

Wolf has indicated this part of the state may see easing of shutdown restrictions first, as early as May 8. But the question here and across the state is: Will people be ready to go out even when things open up?

“You don’t think about having to save up for a pandemic,” said small-business owner Toni Williamson, who has run Donachy Gymnastics in St. Marys since 1996. She described the business as one run for love, not for profit.

Williamson would welcome being able to open again, but she believes her customers would not come back right away, even with more hand sanitizer and social distancing measures in place.

“People are so scared of getting this virus, they’re like, ‘We’re not going anywhere, we’re not doing anything,’” she said. 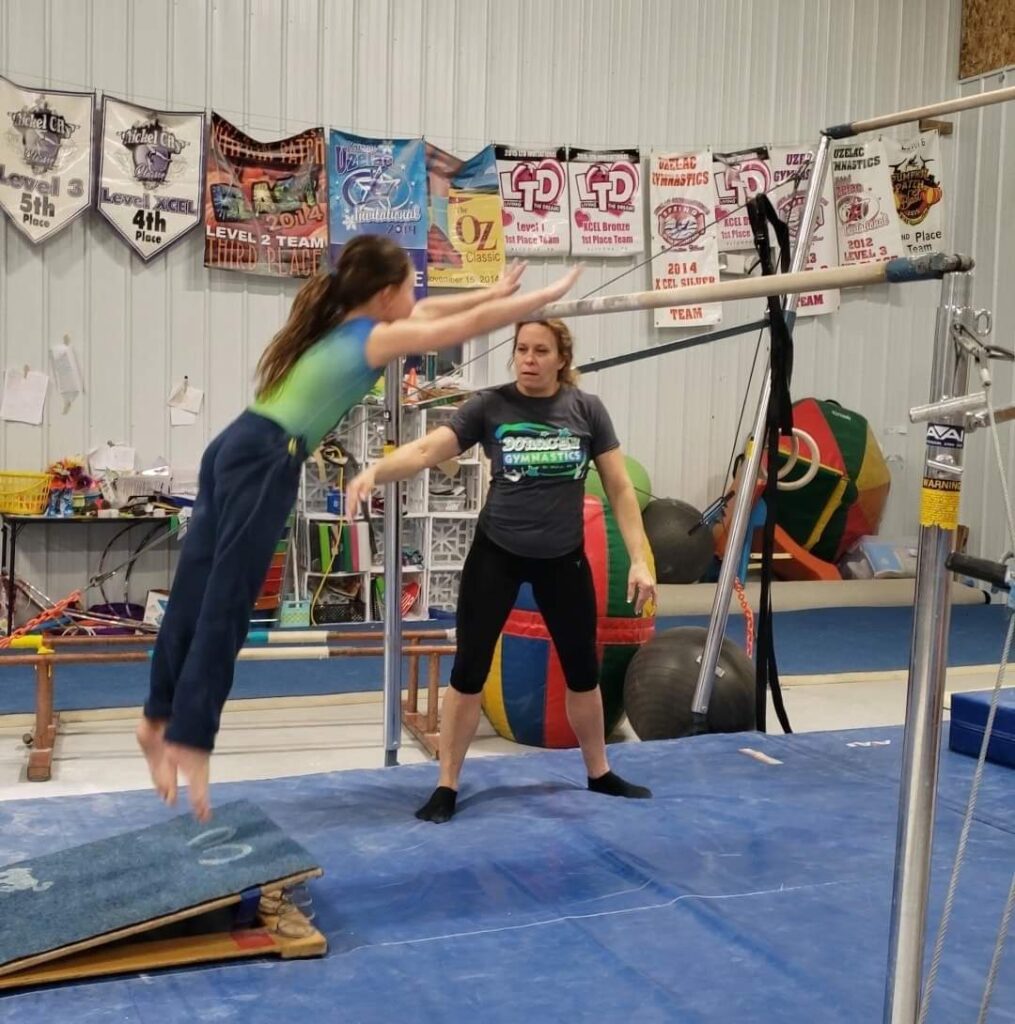 Like many others who have had their livelihoods halted, Williamson feels frustrated by the lack of government support. Since closing down in mid-March, she has applied for small-business loans, but they ran out of money. She applied for “pandemic unemployment assistance” — which helps the self-employed and gig workers in Pennsylvania —  but that program has not yet started paying claims.

Most frustrating to her is a delay in receiving the stimulus check, for which she can’t get any answers.

“I get on that computer and I go to that stupid IRS website. And I look on to see where my payment is, where’s my stimulus, whatever,” she said.

When it’s not there, she feels helpless.

“Every stinking morning. And who do I contact? Who do I call?”

For now, Williamson relies on her fiance and adult son for financial support for her and her two kids, ages 12 and 15. More than the virus, she said, fear of the unknown is paralyzing.