ROCHESTER (WXXI) – People participating in marches in the United States and around the world walked in support of female empowerment and denounced President Donald Trump’s views on immigration, abortion, LGBT rights and women’s rights on the anniversary of his inauguration.

That included the location often referred to as the birthplace of the women’s rights movement, Seneca Falls, where a large crowd marched Saturday by the Women’s Rights National Historical Park, and the National Women’s Hall of Fame, among other landmarks. 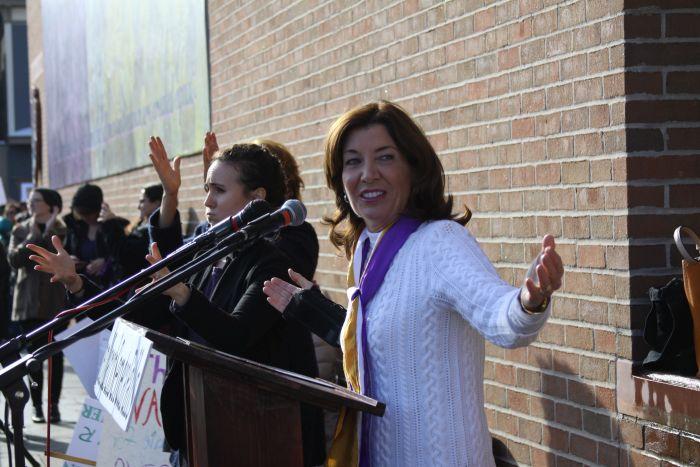 Hochul talked about brave women who spoke up about being sexually harassed and helped organize the #MeToo movement on social media. 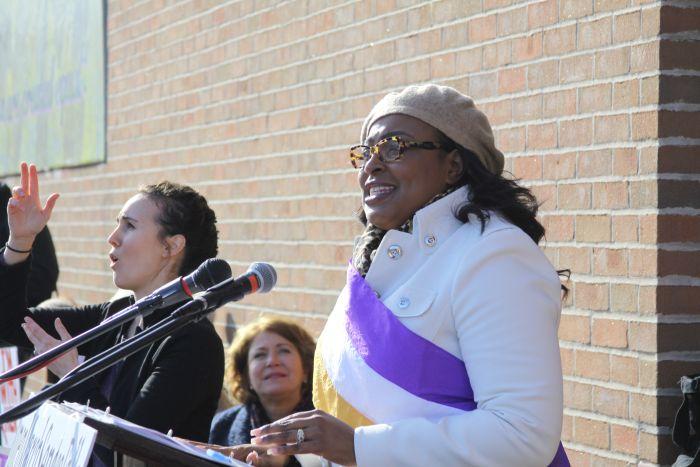 Warren spent some time criticizing the Trump Administration policies and also made frequent references to Martin Luther King Jr., and the methods he used to fight against injustice and inequality.

Mayor Warren also talked about Susan B. Anthony’s ties to Rochester and told the crowd they they all collectively carry a torch, that will be passed on to future generations, to light the way for freedom, justice and equality.

Video posted on their Facebook page by the National Women’s Hall of Fame:

The Associated Press contributed to this report.