Cuomo was in Oswego Sunday to tour the Oswego harbor, which like other parts of the shoreline, is seeing higher water. The International Joint Commission has increased the amount of water its letting out of the lake and into the St. Lawrence River, but it can’t release too much because of flooding downstream across parts of Canada.

Cuomo said it should never get to this point.

“The IJC’s job is to manage the flow of water,” Cuomo said. “When you get to a point where you have flooding, by definition you have not done your job. And why they can’t release more water earlier, they’ve never answered.” 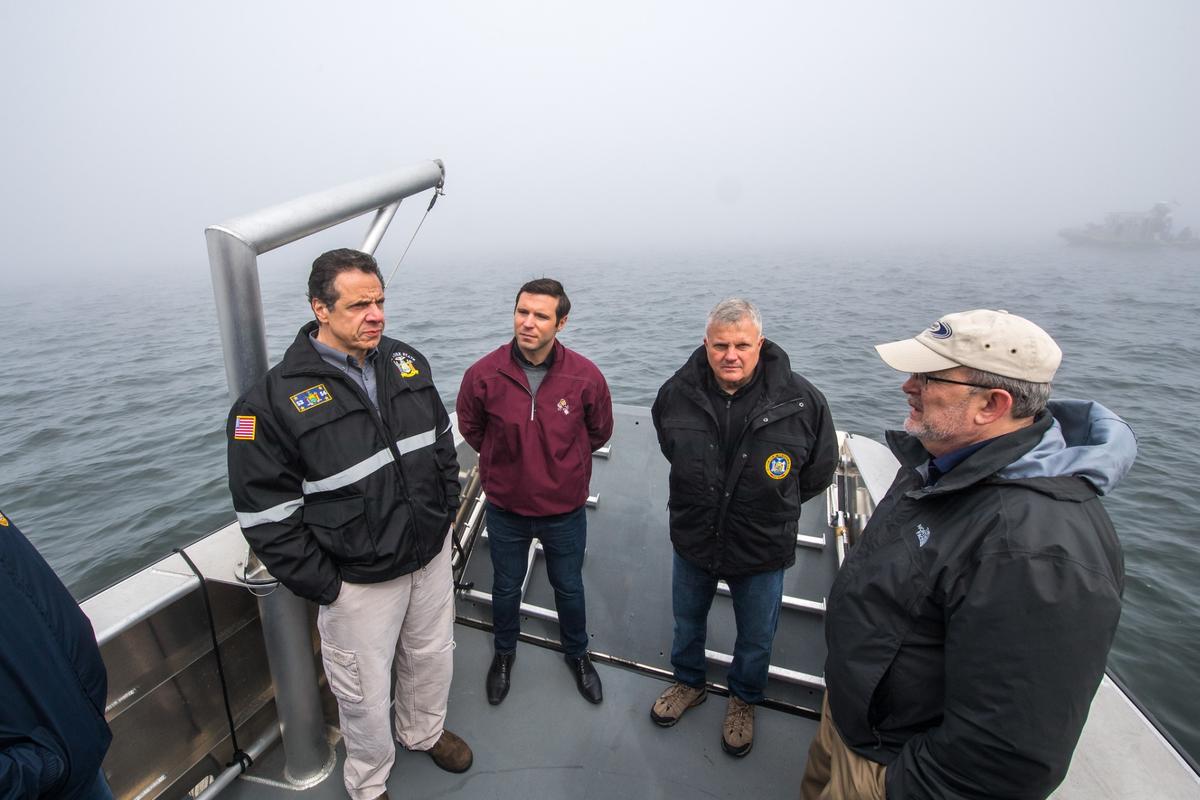 Cuomo and others blame Plan 2014, which the IJC implemented three years ago. Some who live along the shoreline say they didn’t experience issues with flooding until Plan 2014 went into effect. But Cuomo calls it a new normal. He said Plan 2014, combined with climate change, will result in more flooding more often.

He said instead of spending money to repair damage from flooding, money should be spent so shoreline communities can better prepare for higher water levels.

“We do have to accept the new normal, as they call it. There have been changes to the weather patterns. These high levels are going to remain,” Cuomo said. “Let’s accept it and stop spending millions of dollars to repair damage and let’s actually build a waterfront that can actually sustain these higher water levels.”

Oswego Mayor Billy Barlow agrees, and the city is in the process of updating its waterfront areas, in part, to prepare for higher water levels. Barlow also agrees with Cuomo that the IJC needs to do more bring water levels down.

“I think the governor is right. That is the main focus, to put some pressure on the IJC, which he is doing.” Barlow said. “I think we’re on the right course and I hope that some improvement to the Plan [2014] can be made.”

Water levels on Lake Ontario are nearly 18 inches higher than the long term average and officials estimate the water could rise another foot by the end of this month.

Meanwhile, New York state says it has deployed more than 800,000 sandbags, hundreds of pumps and 920 feet of temporary dams in eight counties along Lake Ontario in preparation for potential flooding.

Emergency management officials said Wednesday that the worst of the flooding from heavy rain was predicted to begin within a week. Cuomo said high winds are expected next weekend and could whip up waves and damage.

The Associated Press contributed to this report.