Since 2016, gas from the U.S. has been feeding the Grangemouth petrochemical plant, a vast complex of cooling towers, tall flares and pipelines. The gas is harvested in Western Pennsylvania, near Pittsburgh. Then it’s sent through a pipeline to Philadelphia. There, the gas is put on ships to cross the Atlantic, Ross explained.

Ross, president of the Scottish Plastics and Rubber Association and managing director a local plastics testing company, said the arrival of Pennsylvania shale gas has allowed the Grangemouth plant to re-open a unit that had been shut down for years; the plant is now operating at full production, producing 1.4 million tons of chemicals and plastic pellets a year.

“The import of American shale gas has certainly resulted in a lot more investment into Grangemouth,” Ross said. “It is invested in the safeguarding of jobs, it is invested not just into the plant but contractors and colleges, all supplying the plant.”

Natural gas is mostly used for heating homes or fueling power plants.  But when it comes out of the ground, it contains another key ingredient — ethane, a building block of plastics.

The American fracking boom has produced so much ethane that it’s fueling a chemical boom in the U.S., where over 300 new chemical and plastics plants are either planned or under construction, including a massive new Shell ethane plant in Beaver County.

But for the past few years, this ethane has fed hulking chemical plants around the world, including the one at Grangemouth, owned by the European chemical company INEOS.

The plan to ship this shale gas was hatched in 2011, when INEOS began looking for a new source material to feed its European chemical plants. Its own supplies of ethane from the North Sea were running low, said Warren Wilczewski, an economist with the US Energy Information Administration.

“INEOS looked at the United States, where ethane supply was growing– and especially in the Appalachian region, that ethane had, like, no place to go,” Wilczewski said. “And they recognized an opportunity.” 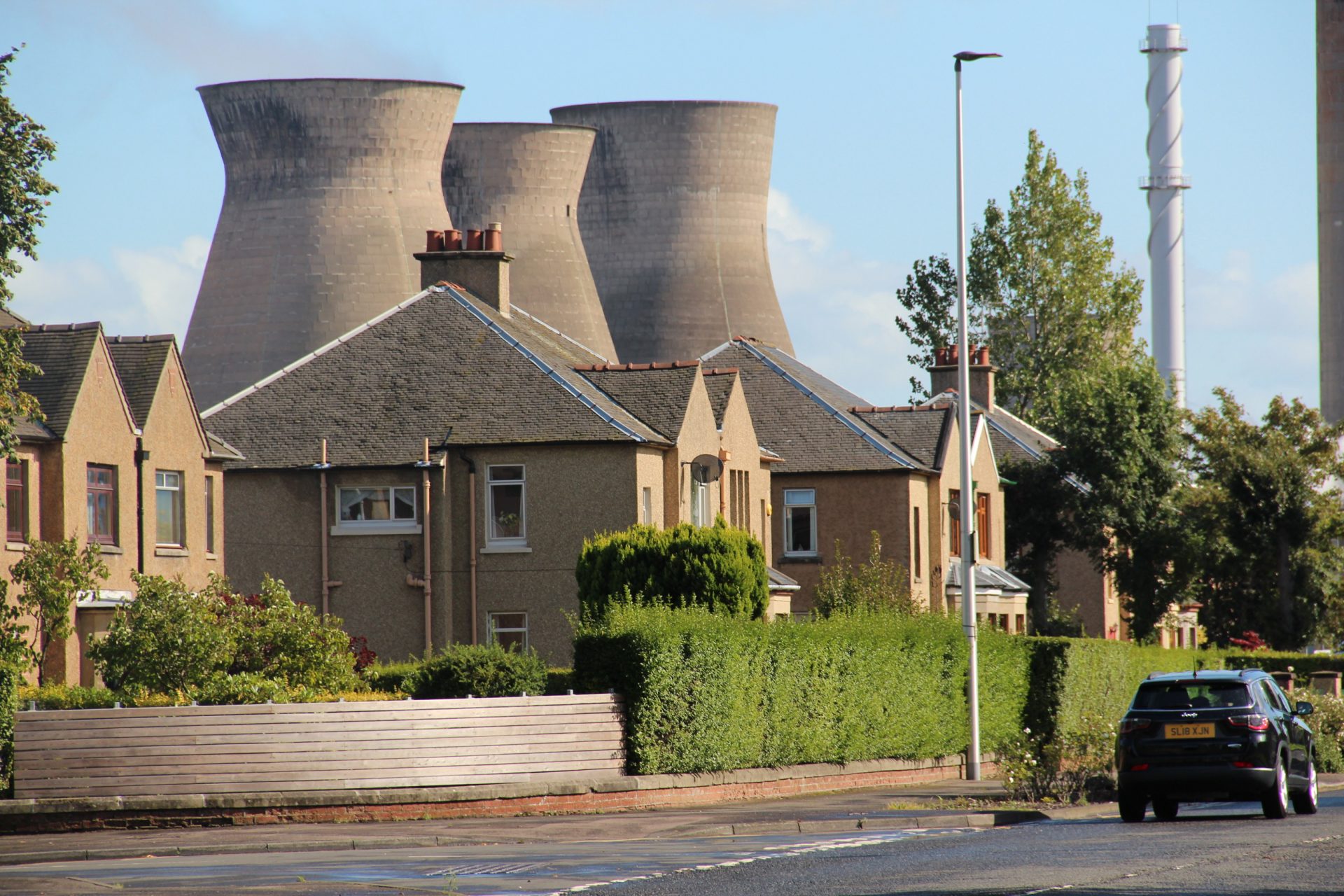 Sunoco’s construction of Mariner East has been controversial because of its use of eminent domain, and its spotty environmental record. The project is the subject of multiple criminal investigations, including a reported FBI investigation into possible corruption by Gov. Tom Wolf’s administration related to its issuing of permits to the project. But the project has proved vital for INEOS’ plan to gain a new supply for its chemical plants.

INEOS officials did not agree to an interview for this story. But in a company video, CEO Jim Ratcliffe said the cost of ethane from Pennsylvania was about one-fourth of what he would have had to pay for it in Europe.

“I think for some of these (chemical plants) in Europe, it’s the only way they can survive, if we can bring some of the US economics across to Europe,” Ratcliffe said.

The US has quickly become the world’s leading exporter of ethane, feeding growing plastics industries in India and China. Ethane exports are expected to rise from 65,000 barrels a day in 2015, or about 6 percent of total production, to 330,000 barrels a day this year — about 17 percent, according to figures from the Department of Energy.

“If we weren’t exporting ethane right now, [we’d] be giving it away for free,” said Steven McGinn, an editor for the chemical trade publisher ICIS.

The growth of ethane exports comes as plastics and petrochemicals are becoming more important to the oil and gas industry. The petrochemical industry is expected to account for more than a third of growth in world oil demand by 2030, according to the International Energy Agency.

For its Grangemouth plant, INEOS got over $350 million in loan guarantees from the UK to retrofit the plant for American shale gas. But the company also wants a local supply; it is pushing the UK to allow fracking, the controversial technology that breaks up rock deep underground to get oil and natural gas.

“There is potentially quite a lot of gas underneath the UK,” said Zoe Shipton, a geologist at Strathclyde University in Glasgow, who was part of a team of researchers that studied the potential for fracking in the UK. Shipton said the amount of retrievable gas remains unknown, and can’t be known unless there’s more drilling.

That won’t happen any time soon, though, because in 2015 Scotland put in place a moratorium on fracking, and England recently did the same, after fierce public opposition.

Norman Philip, of Friends of the Earth Scotland, grew up in Grangemouth, where his father worked at the plant when it was owned by BP.

He opposed fracking because of issues like earthquakes and climate change–the plastics industry accounts for around 4 percent of global carbon emissions, and that number is expected to increase. He also heard about it from communities in the US and Australia.

In Pennsylvania, fracking has been controversial. It has brought royalties to landowners and jobs to some parts of the state, but it has also been linked to air and water contamination and a variety of health problems. More recently, a group of residents in Washington County, the most heavily-drilled county of the state, have asked the state to study whether fracking had anything to do with a high number of rare cancers. 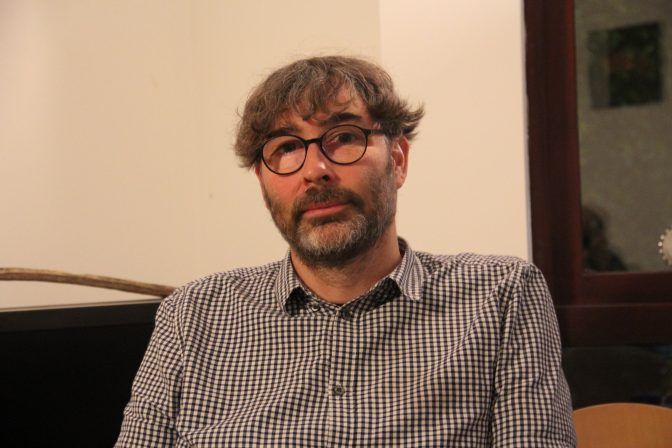 As the pursuit of shale gas has spread across the Atlantic, so too have arguments both for and against that are familiar in Pennsylvania.

Despite the country’s moratorium, INEOS still has licenses to frack in Scotland if the government were to change its mind.

Philip is bothered by the conflict: Fracking is illegal in Britain, but it’s legal to import fracked gas from the U.S.

“Why should a community in America have to suffer what we’ve fought hard against?” he said. “Our slogans were, ‘No fracking here, no fracking anywhere.’”

Others in Grangemouth say they’re glad of the economic impact of getting fracked gas from America.

Lee Sinclair, a railroad engineer at the Grangemouth plant, likes the fact that the plant is now up and running at full speed, but he has mixed feelings about where the gas comes from.

“The only thing I don’t like about it is, Scotland said, ‘No, you’re not fracking here,’ so they decided to go to America to get this gas,” Sinclair said.

He’d rather the UK get a local supply. But for now, he said, America’s boom in gas and ethane is helping him keep his job.

Most of her customers come from the refinery or surrounding chemical plants, she said.

“If the refinery were to close down, then it would make a big impact on our business,” she said.

The refinery almost did close a few years ago, over a labor dispute. But INEOS won concessions from the union representing workers and government help to begin importing American shale gas.

Kenny Mullen, of the nearby town of Falkirk, said when the plant threatened to shut down, there was panic over the potential economic effects.

“There was a lot of fear, like you could tell–people were scared about losing their jobs,” he said.

Watching his son ride a bike at a park a few blocks from the plant on a September afternoon, the cabinetmaker and stay-at-home dad said he’s glad there’s no fracking in Scotland, even though fracking in the U.S. is helping the economy of his town.

“I think most people are anti-fracking, myself included,” he said. It may sound “cut throat” he said, but “we’re happy to take the gas which has been obtained (through fracking) from America.”

Mullen said if there was a way to get by without using fossil fuels, “I’d be all for that.” But for now, the gas arriving from Philadelphia is keeping the plant, and local economy afloat.