ROCHESTER, NY (WXXI) – About 200 people filled a room at Pieters Family Life Center in Henrietta Friday. They support what they describe as a living wage for Direct Support Workers – those are workers who assist people with disabilities.

A group called, #bFair2DirectCare says that Governor Andrew Cuomo had promised to phase in extra state funding for the workers over five years, including $75 million in the upcoming budget, but that it wasn’t in the proposed spending plan.

In a bi-partisan show of support, Republican State Senator Rich Funke and Democratic Assemblyman Harry Bronson spoke at the rally backing the additional funding. Bronson wants the governor to follow up.

“We must make sure that the providers are in these facilities and in the homes to help these folks,” said Bronson. “In order to do that we have to make sure they have a living wage.”

“We have made a commitment in last year’s budget that we would provide a stair step increases,” said Bronson. “We’re in the second year of that. Unfortunately the governor did not include that in his budget. We in the Assembly are going to fight for that $75 million so that we can provide the living wage for direct support professionals.”

“Those who care for those individuals are the most caring professionals anyone would come upon in any walk of life,” Funke said. “For them to have to live paycheck to paycheck, is, I think, embarrassing for the state of New York. “

Stakeholders like Marisa Geitner, the President and CEO of Heritage Christian Services, are disappointed. She says the state has a lot of control over how these workers are paid. 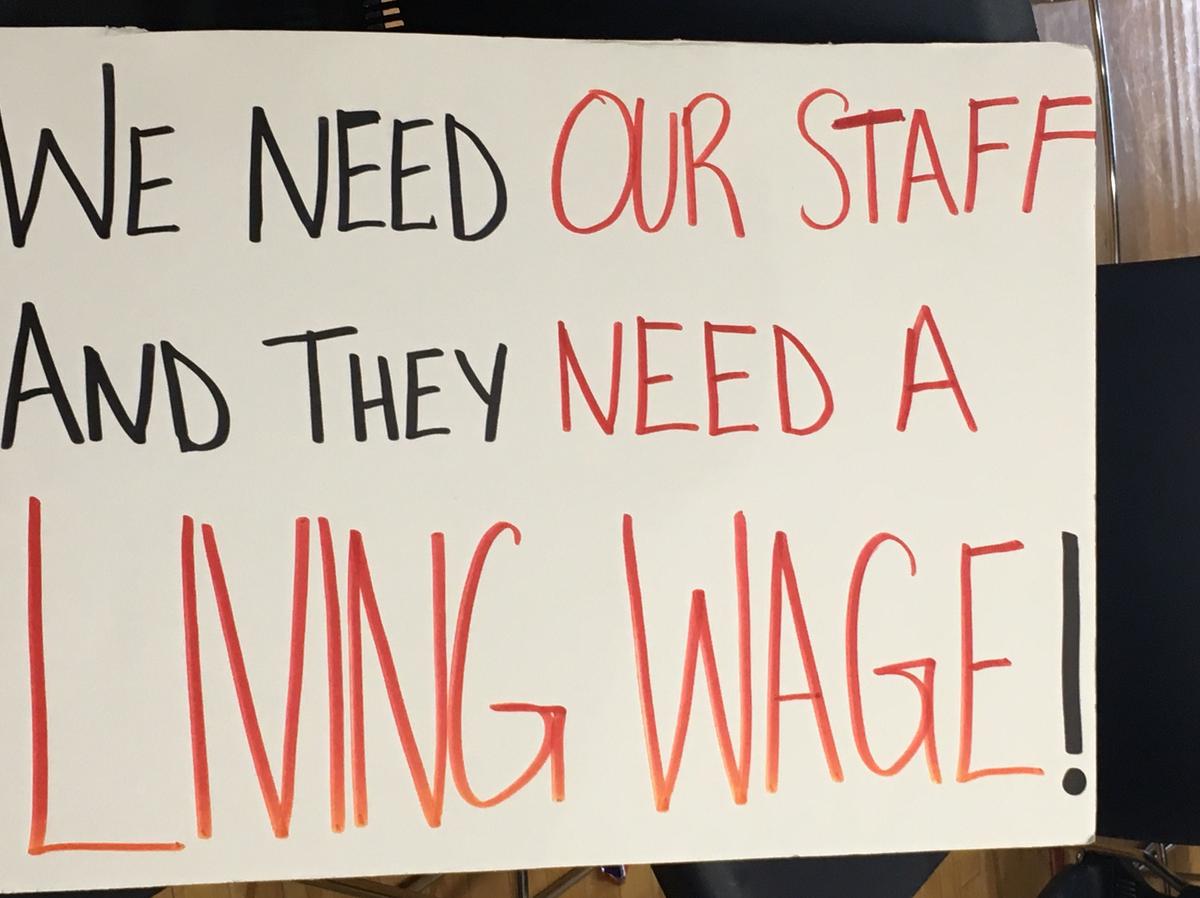 “If an individual with a disability was capable of employment in this past generation, it was likely in housekeeping or food service,” Geitner said. “Today, many of them still working within food service, the individuals with disabilities, Medicaid-dependent, are making more money in their work than the support professionals they’re hiring to provide their care.”

For Funke, this isn’t about party politics.

“It is not a Democrat, Republican, Conservative, Independent issue, this is about doing the right thing,” Funke said. “I think that there’s no question that when the budgets come out next week on the Assembly and Senate side that that funding will be there.

Morris Peters, a spokesman for the NYS Division of the Budget, had this response on Friday:

“New York State has made substantial recent investments in our direct care workforce, including $262 million to non-profit providers to raise wages for direct support workers, and this Budget also includes $214 million to pay for increases attributable to Governor Cuomo’s minimum wage increase for all New Yorkers. Direct care workers are the backbone of a strong service delivery system, and these investments are not only increasing salaries, but improving services by bolstering recruitment, training and retention.”

Funke says that it will take a compromise with Cuomo to get the funding in the final budget, which is due on April 1st.