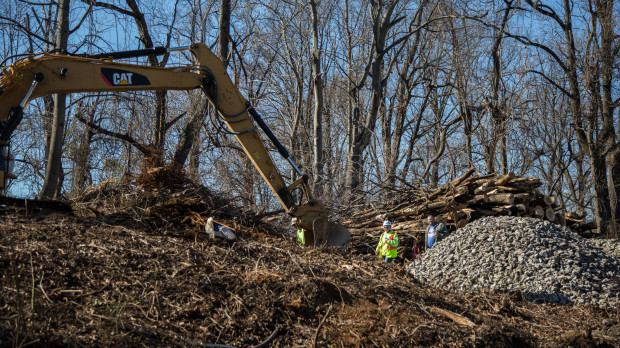 EMILY COHEN / STATEIMPACT PA A backhoe clears land for construction of the Mariner East 2 pipeline in Delaware County in early 2017.

The Clean Air Council, along with the Delaware Riverkeeper Network, and Mountain Watershed Association, say a settlement reached between Sunoco and the Department of Environmental Protection earlier this month amounts to a breach of contract reached by all parties last summer.

It’s the latest legal challenge to the controversial natural gas liquids pipeline, which has faced opposition from landowners challenging eminent domain, and residents frustrated by dozens of environmental violations.