Eric Trump, son of President Donald Trump, fired up a crowd of volunteers and supporters of Rep. Claudia Tenney (R-New Hartford) Tuesday. Trump was at Republican headquarters in New Hartford where he credited Republican tax cuts for creating a hot economy with record low unemployment. He highlighted the importance of Trump supporters voting in the midterm elections. And he said Tenney is a pragmatic business person and a Washington D.C. outsider. 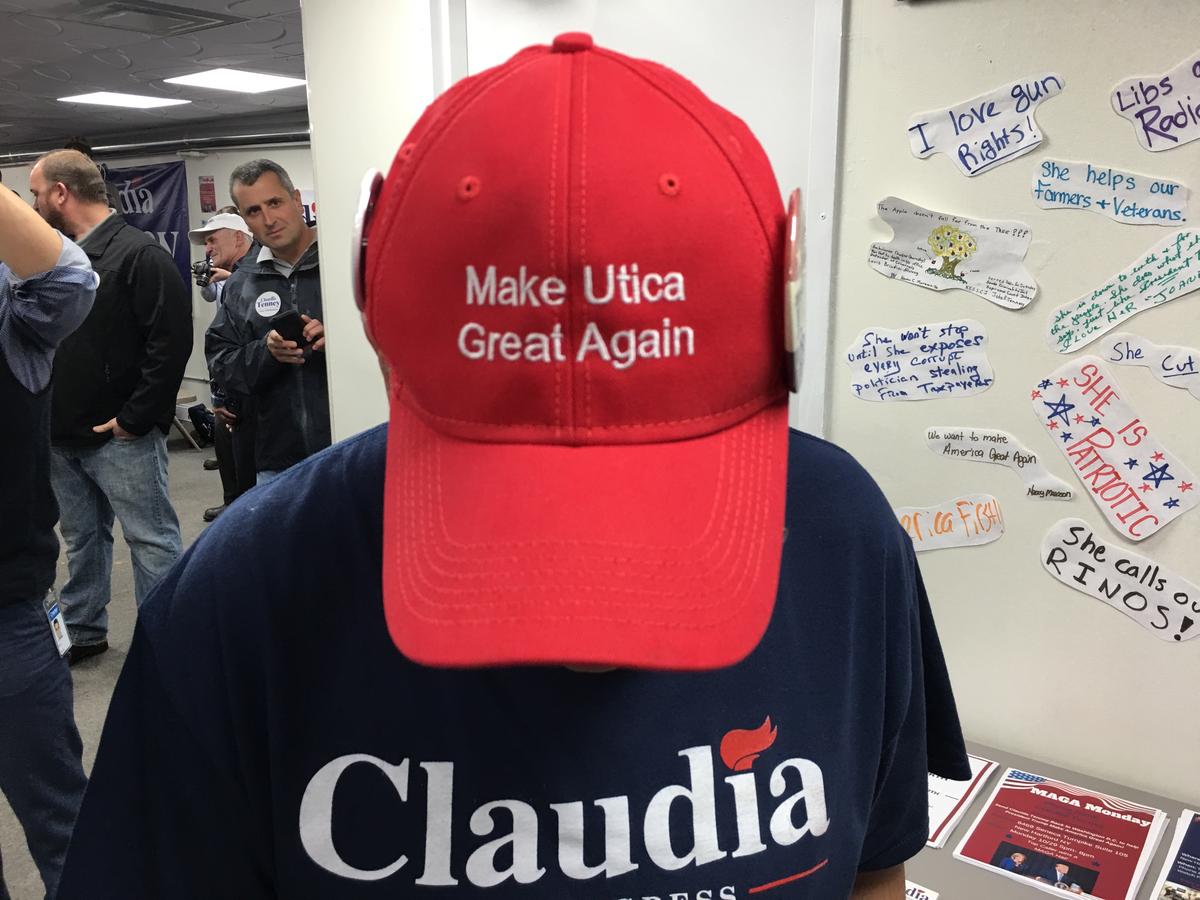 “She’s amazing,” Trump said. “What she’s done to help my father in Washington is nothing short of incredible. She voted for the tax cuts, which have helped our economy tremendously. We want her there very bad. I think she’s going to win the seat. But people have to get out. If you’re a Trump supporter, you have to get out, you have to vote for Claudia.”

Trump said not voting for Tenney is voting against his father.

This past summer, Tenney had President Trump visit Utica for a fundraiser and she also hosted his daughter Ivanka Trump. Tenney said having the support of the Trump administration has been helpful.

“The president did really well in this district, he won by 16 points; very popular,” Tenney said. “The policies are working, the tax cuts are great.” 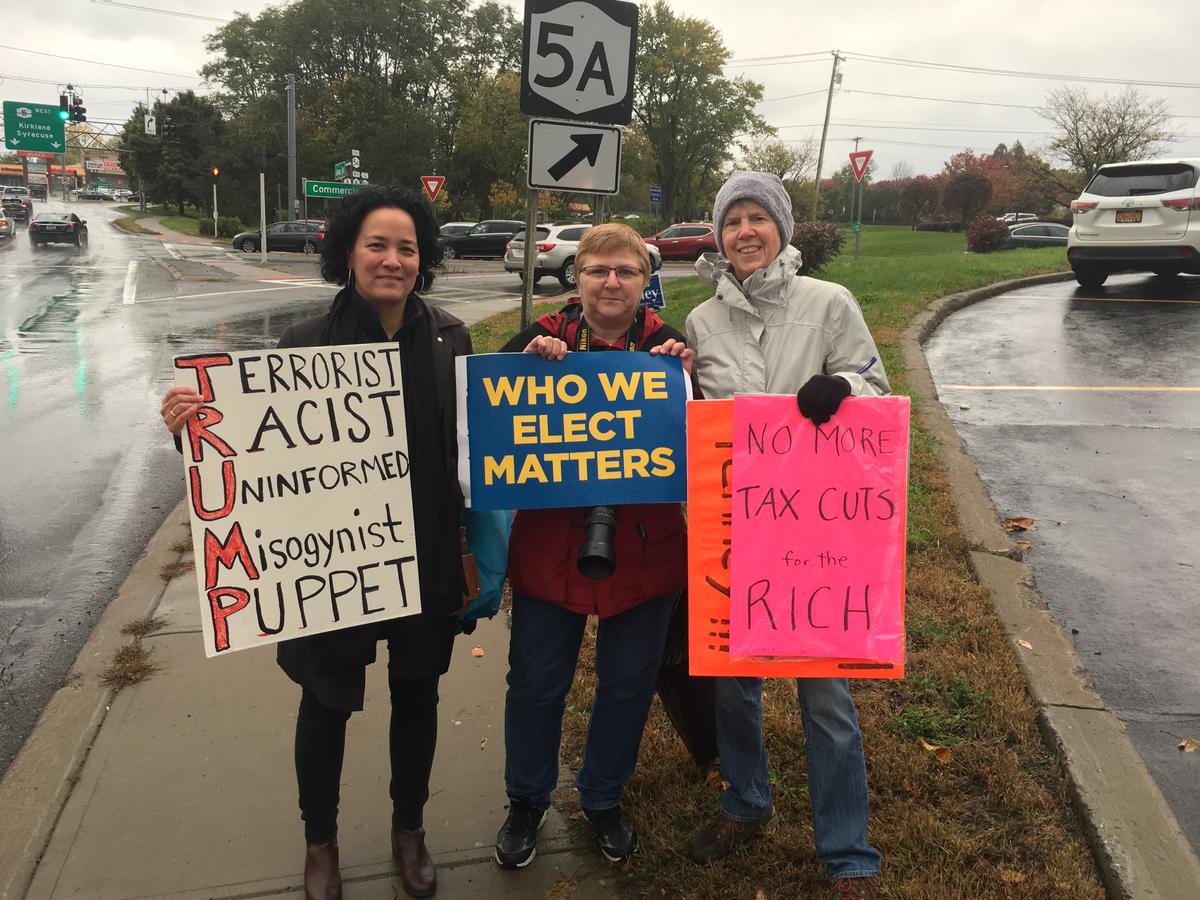 Outside the event were protesters like Caroline Tihanyi of Syracuse.

“We need to come together and stand against Trump’s racist, xenophobic, misogynistic, warmongering, race-baiting agenda,” Tihanyi said. “We need to take this country back to people so that it can be a place we’re proud of. We need to have a moral backbone.”

Tenney said she will host the president of the National Rifle Association next week. She is running against Democrat Anthony Brindisi in the race for the 22nd Congressional District, which covers parts of eight counties including eastern Oswego County and the Southern Tier.