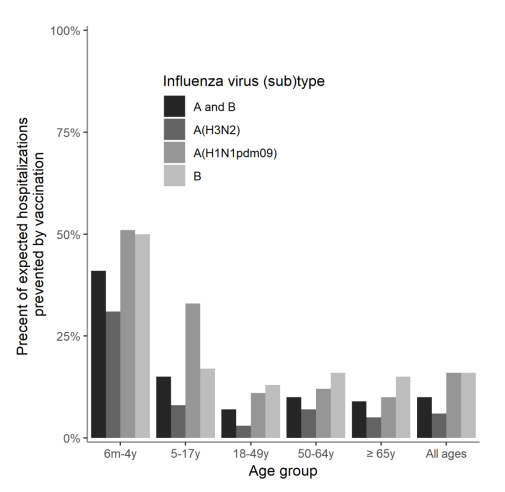 A study in the journal Clinical Infectious Diseases found the vaccination prevented millions of illnesses and thousands of hospitalizations and deaths, said Dr. Nancy Bennett, one of the study’s authors and the director of the Center for Community Health and Prevention at the University of Rochester.

The vaccine was about 38 percent effective in the 2017-18 flu season, Bennett said, and it was up against another obstacle, too.

“We don’t do the best job of vaccinating people. So if we vaccinated more people, we’d do much better. We’d prevent a lot more deaths,” she said.

Because the flu is such a common illness, a vaccine with a 38 percent effectiveness rate can still prevent sickness for millions of people.

This year’s vaccine “is looking, tentatively, better than last year’s,” Bennett said. “This year is a much more average season,” compared to last year when the flu hit hard across the country.

Monroe County has confirmed one local death from the flu this season. Around this time last year, that number was up to 9.

Without the vaccine, Bennett said, around 8,000 more people would have died of the flu last year. “Maybe that doesn’t sound huge when we’re talking about all the deaths in the country, but if you’re one of those people, or you’re their family, it really matters,” she said.