BUFFALO (WBFO) – The Marshall Island flagged Federal Biscay was finally dislodged from ice in the Snell lock near Massena this weekend. St. Lawrence Seaway crews, including three tugs, had worked for five days to move the massive international freighter. It was blocking passage for four other ships on their way down the St. Lawrence River to Montreal as the Seaway tries to close for the winter. 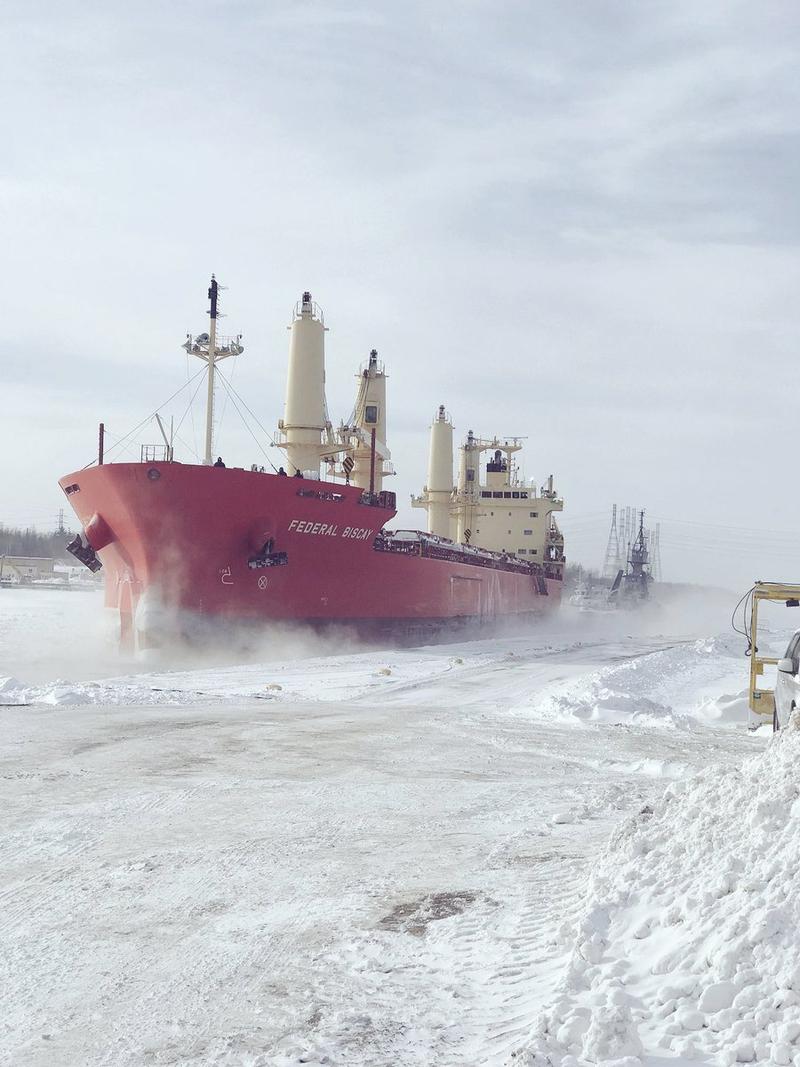 Federal Biscay, as it is finally pulled out of the Snell lock in Massena. CREDIT FINGER LAKES CONSTRUCTION AND DIVING

(Watch a video of the freighter being pulled out of the lock here.)

The four freighters began to continue their slow journey downriver on Sunday. The Mitiq was the first to make it through the Snell lock.

According to various ship watching blogs, icebreaking tugs are working to keep the channels clear between the two locks in Massena and downriver on the way to Montreal.

In a press release, the St. Lawrence Seaway Development Corporation said high-pressurized steam was the primary method used to melt the ice that had accumulated around the Federal Biscay while it was in the lock. 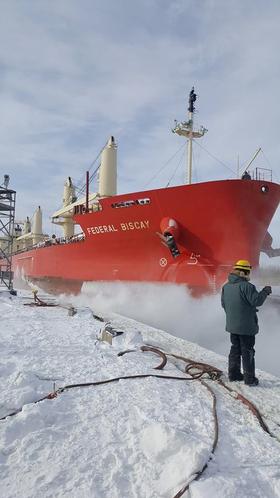 The Federal Biscay had been lodged in ice in the lock since Tuesday. The remaining freighters in the Seaway system can now pass downriver so the Seaway can close for winter. CREDIT GEORGE CONDON VIA @PRESCOTTANCHOR ON TWITTER

It has been an eventful and unwelcome end of the season for the St. Lawrence Seaway. Two days after Christmas, the Pacific Huron hit shoals and ran aground near Clayton.

Although there was minimal damage and no pollution or injuries, it took crews a couple days to get the freighter refloated.

The waterway was supposed to close on New Year’s Eve, but arctic cold and problems with ice delayed ships. Seaway officials say the shipping lanes will close for the winter once all five remaining vessels exit the system and head downriver.

According to the ship watching blog The Prescott Anchor, the plan is for all five ships to tie up below Snell lock and transit as a convoy downriver behind icebreakers. You can follow the action live with the Seaway’s live map.