KEYSTONE CROSSROADS — A computer glitch has caused more than 1,000 Pennsylvania voters who requested a mail ballot to be sent two of them by mistake.

County officials said the issue seems to stem from the state’s voter registration database, known as SURE. Issues with the SURE system caused some voters in Allegheny County to receive duplicate mail-in ballots during the primary in May.

County officials downplayed the significance of the problem, saying the system will not allow someone to vote twice.

“Our recommendation to voters: If you get two, just destroy one of them,” said Bucks County spokesperson Larry King. “Your vote will count.”

King added that the issue seems to be affecting voters in both parties. Officials said that even if a voter mailed in two ballots, only the first would register.

Some voters who have received two ballots said such a major discrepancy has made an already anxious process much more stressful.

Stephen Klein, a 61-year-old who lives in Quakertown, received two ballots last Saturday. The Democrat said his first thought was that he was being set up to accidentally commit voter fraud. 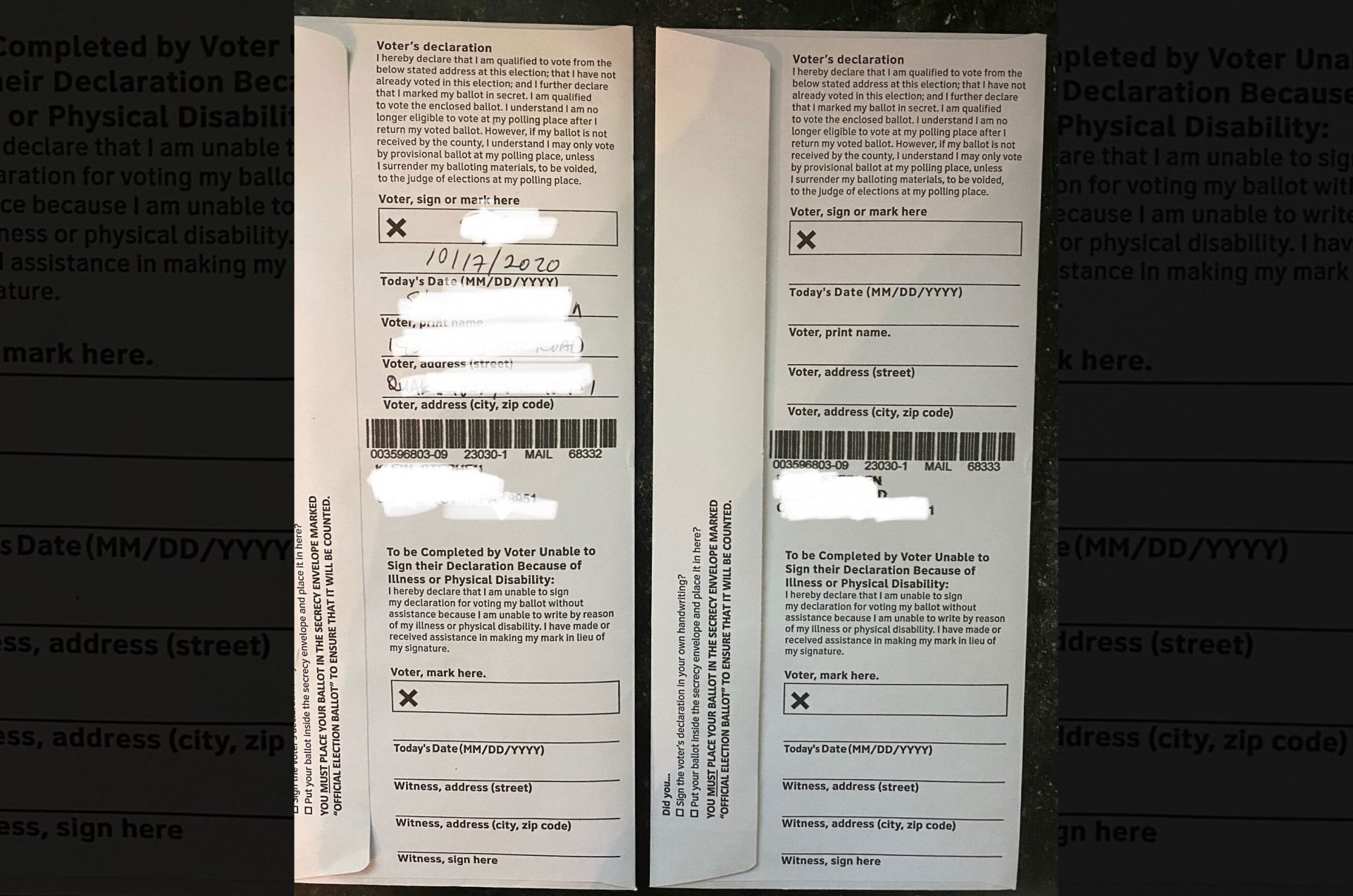 “A recurring error shouldn’t happen in something so important, and presumably highly regulated,” Klein said.

Springtown resident Robin Staff also received two mail ballots. She asked an election official to destroy the second ballot before she submitted one, but the 68-year-old said she is now dealing with anxiety about whether her vote will count, despite assurances that it will.

“In this land of distrust and disinformation right now, it’s unnerving,” she said. “We should not have to deal with this.”

President Donald Trump has spent months attempting to sow doubt in the safety of voting by mail, despite there being no evidence to support his claims.

Recently, Trump has pointed to a Luzerne County election worker’s decision to discard nine absentee ballots as evidence of fraud. The state’s top election official has since said the decision was simply a mistake.

Democrats account for about two thirds of the 2.8 million voters in Pennsylvania who requested mail ballots. Over 1.1 million voters have returned those ballots so far, with nearly three quarters of them coming from Democrats.