So far, Assemblyman Brian Kolb is the only Republican to officially declare his candidacy for governor KOLBFORNEWYORK.COM

ALBANY (WSKG) – The 2018 election season is beginning, but state Republicans are still trying to settle on a strong candidate to challenge Democratic Gov. Andrew Cuomo, who has said he wants to seek a third term.

Cox denied a report in Politico New York that said Republicans are “in a panic” over the lack of a well-known challenger after millionaire businessman Harry Wilson decided against a race. 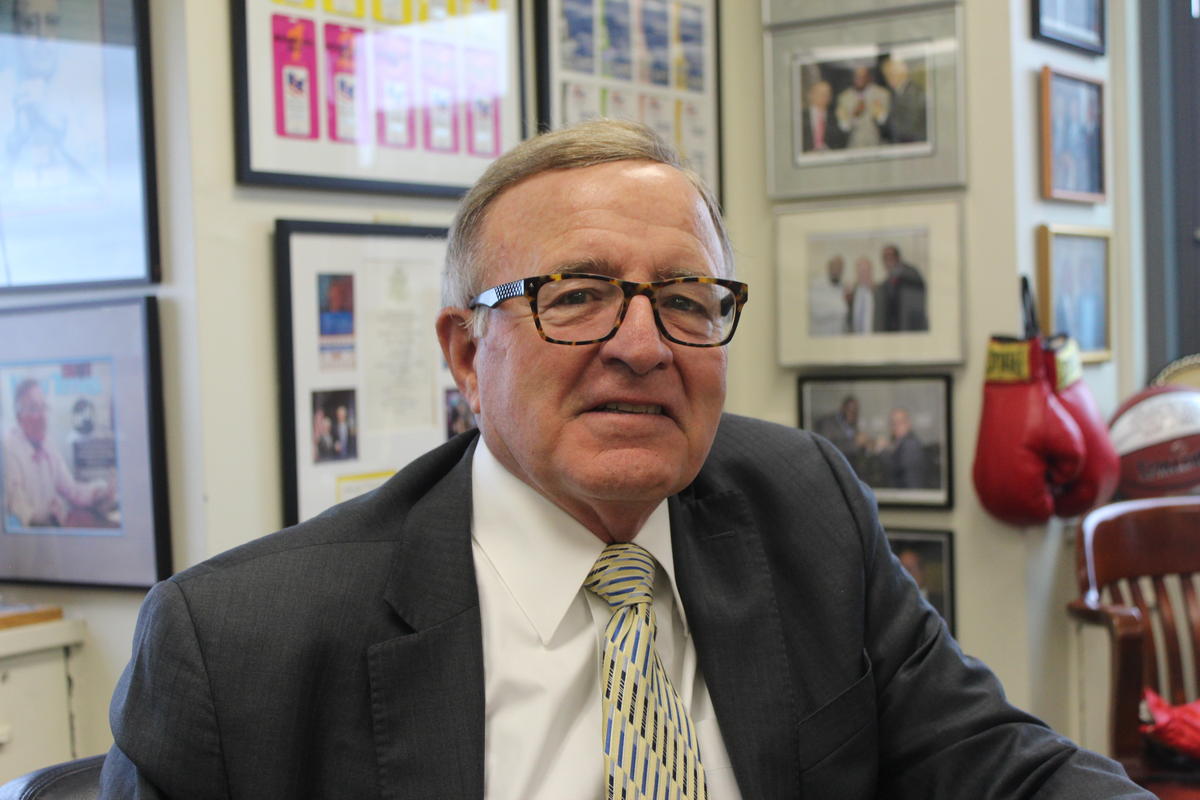 The GOP chair spoke after spending Monday interviewing announced and potential candidates. Among them were Assembly Republican Minority Leader Brian Kolb, who has already announced his candidacy, and Senate Deputy Majority Leader John DeFrancisco, who has expressed an interest in a race.

“Here at least we have two candidates who are well-known,” Cox said. “And either could serve as governor of the state.”

Cox is less receptive to a run by former Erie County Executive Joel Giambra. Giambra has expressed interest in running as a Republican candidate for governor, but he has previously supported Cuomo, a Democrat, as well as 2016 Democratic presidential candidate Hillary Clinton.

Cuomo has more than $25 million in his campaign account, but Cox said he expects national Republican groups will donate money to help a Republican candidate compete.

And Cox said the race ultimately will come down to whether voters want to continue with Cuomo or desire a change. He said it’s the same dynamic as in the 1994 race for governor of New York, when little-known state Sen. George Pataki beat the current governor’s father, former Gov. Mario Cuomo.

“It’s an ABC election,” Cox said. “Anybody But Cuomo.”

Cox said voters are unhappy with the slow-growing economy in all regions of the state except New York City. And he said Cuomo has a problem with corruption. Eight former associates, including a former top aide, face trial this year on charges ranging from bribery to bid-rigging.

Kolb, in a speech on the Assembly floor on the opening day of the session Jan. 8, repeated that theme.

“This year, Albany is going to be on trial again,” Kolb said. “Are we not tired of this?”

Cuomo, in his State of the State speech on Jan.3, said actions by President Donald Trump and the Republican-led Congress, including funding cuts and the federal tax overhaul, have severely harmed the state and its finances. Kolb criticized Cuomo for blaming too many of the state’s problems on actions in Washington. Kolb said since 2010, about when the governor took office, the state has experienced outmigration.

“Over 1 million people have left this state,” Kolb said. “That has nothing to do with Washington, D.C.”

DeFrancisco said he still hasn’t decided whether he’ll be a candidate. Speaking after a Senate GOP press conference on 2018 priorities, he said he’s “still reviewing it.”

“I will know when the time is right,” DeFrancisco said. “It’s sort of like a fine wine. You have to let it sit for a long time and then you get the right answer.”

State Democratic Party Executive Director Geoff Berman, in a written statement, said both the GOP and conservatives in the state “insist on denying reality” by not being more critical of the federal government. And he said they are “standing as wooden soldiers behind their president.”

Cox was asked by reporters whether Trump, a native New Yorker, might campaign with the GOP’s choice for governor. The president, Cox said, “has his hands full” right now in Washington.