BUFFALO, NY (WBFO) – Republican Party chairs from the eight counties in the 27th congressional district spent three hours talking Tuesday night about how to get indicted Rep. Chris Collins (R-Clarence) off the November ballot and find a replacement. 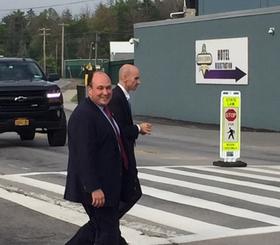 With 80 days until the November election, the party chairs met in a closed room at Batavia Downs to talk about the sudden need to find a new congressional candidate. It was a fitting location, as the GOP is looking for a sure bet to run in place in Collins this November.

They were briefed by lawyers on the problems of replacing Collins on the ballot and potentially getting someone else off a ballot to put that person in the Collins slot. That is because several of the replacement candidates being considered are already running for re-election to the New York State Senate or Assembly.

Also among those who have expressed interest are former gubernatorial candidate Carl Paladino, Erie County Legislator Ed Rath and Erie Counnty Comptroller Stefan Mychajliw. What are the odds on who becomes a frontrunner?

Niagara County Chairman Rich Andres said it is the process.

“All we decided on is what we went in there to decide on, is the process this will take,” Andres said. “So what we are going to basically do is contact the candidates in the next day or so and schedule interviews for next week, and we are hoping to kind of get a handle on who’s really in, who’s really out and what their strengths and weaknesses are by next week.”

The chairs will meet again next week and interview candidates, hoping for a new name before Labor Day. It is not clear how many of the people who have expressed interest will step forward to be interviewed.

Erie County Chairman Nick Langworthy said there is concern in Washington about what was a very safe seat. 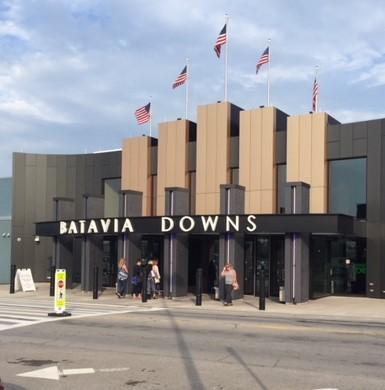 “Yesterday, I had a meeting with the White House political director to discuss this race. I have been in discussions with the executive director of the National Republican Congressional Committee. They are very concerned about the future of the seat,” said Langworthy. “They want to make sure it stays in Republican hands and we have stressed to them that we are dedicating to finding a candidate that can deliver and win for the president’s agenda in November.”

Langworthy said he would lean to choosing someone who has already run for office because there would be less of a learning curve running for a federal office.

“Someone that doesn’t understand the political process or maybe hasn’t been a part of an election before at a big league level,” he said. “I don’t think there is a lot of time for a learning curve for a first timer that hasn’t been through the process, but an elected official, certainly, have name awareness. They have awareness of how campaigns are run and financed and what goes into those efforts, and I think we have an embarrassment of riches of very good candidates.”

As someone who attended President Trump’s visit to Utica on Monday, the Erie County chair said he would love to have President Trump campaign for the new candidate and help raise desperately needed money for the congressional campaign.

It will be a tough race, in a district with nearly half the population of Erie County and stretching down into the Finger Lakes and two TV markets, forcing expensive campaign spending on broadcast ads. Raising money will be a priority.