There’s a remarkable picture that’s been making the rounds on the web recently.

You may have seen the shot: it’s of a group of medical students and they’re all women.

One’s from Japan, one’s from India and the third from Syria. They’re all wearing traditional clothes from their home countries.

Nothing too remarkable in that, you might say. Until you see the date.

These women were students at the Women’s Medical College of Pennsylvania (WMCP).

The original image resides in the archives of Drexel University which eventually absorbed the successor to the WMCP in 2003. Archivist Matt Herbison was able to dig up much more about the women as well.

These women were nothing short of medical pioneers. All three graduated and each of them thus became the first woman from their respective countries to get a degree in western medicine. 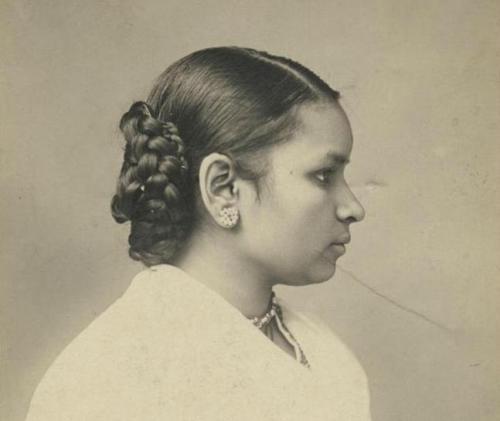 The most information available relates to the very determined looking woman from India, Anandibai Joshi or Joshee as was used in the archaic spelling of the 1800s.

She was a high-caste Brahmin woman who was married off at 9 to a man 20 years her senior. He was a very progressive man for his age and in an almost fatherly way encouraged his wife’s education.

But what made Joshi determined to become a doctor was the death of her 10-day old baby, when Joshi herself was just 14. Medical care for women — even high-caste women like Joshi — was simply unavailable.

So she overcame incredible obstacles of caste and tradition, and a lack of money and connections, to travel to America and apply for admission to WMCP.

Here’s an excerpt from her letter of application to WMCP:

“[The] determination which has brought me to your country against the combined opposition of my friends and caste ought to go a long way towards helping me to carry out the purpose for which I came, i.e. is to to render to my poor suffering country women the true medical aid they so sadly stand in need of and which they would rather die than accept at the hands of a male physician. The voice of humanity is with me and I must not fail. My soul is moved to help the many who cannot help themselves.”

Joshi is believed to be the first Hindu woman to set foot on American soil.

Why America? Well, it’s a tribute to the Quakers of Pennsylvania, who believed in women’s rights enough to set up the WMCP way back in 1850 in Germantown.

It was the first women’s medical college in the world, and immediately began attracting foreign students unable to study medicine in their home countries. First they came from elsewhere in North America and Europe, and then from further afield.

Women, like Joshi in India and Keiko Okami in Japan, heard about WMCP, and defied expectations of society and family to travel independently to America to apply, then figure out how to pay for their tuition and board. 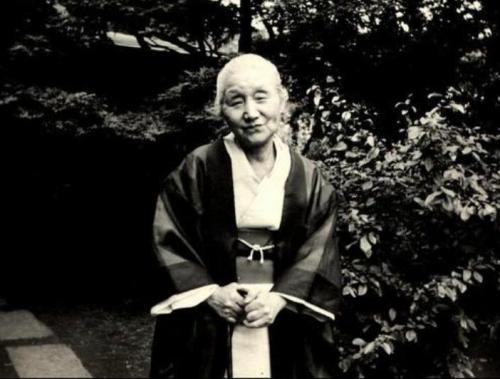 Keiko Okami in the garden of her home in Tokyo in 1939, aged about 80. (Photo: Legacy Center Archives, Drexel University College of Medicine)

It’s a reminder of how exceptional America was in the 19th century.

Okami returned to Tokyo and was recognized as a doctor and appointed head of gynecology at one of the main hospitals. But she resigned a few years later when the Emperor refused to receive her during a visit to the hospital, because she was a woman.

She went into private practice and was visited by a representative from the WMCP in 1939 — just before World War II started. She died two years later at the age of 81.

Sabat Islambouli, the student from Syria, is believed to have gone back to Damascus after earning her degree. She was in Cairo, Egypt, in 1919 according to the alumnae list, but after that the college lost touch with her. It’s not known what ultimately happened to her.

But Joshi was perhaps the most famous of the graduates.

When she graduated, the WMCP received a letter of congratulations from Britain’s Queen Victoria, who was also Empress of India.

Joshi was appointed to a position as physician-in-charge of the female ward at the hospital in the princely state of Kolhapur. 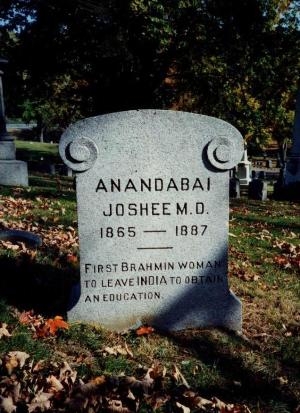 Tragically, she contracted tuberculosis and died within the year, at age 21. She’s still remembered as something of a hero among Indian feminists.

Again breaking with tradition, Joshi’s husband sent her ashes to one of her American friends, who laid them to rest in Poughkeepsie, N.Y.

But WCMP’s impact was not just overseas. It also helped transform America.

Besides the international students, it also produced the nation’s first Native American woman doctor, Susan LeFlesche, while African Americans were often students as well. Some of whom, like Eliza Grier, were former slaves.

As far back as 1904, according to a newspaper cutting in the archive, the college boasted of alumnae hailing from Canada, Jamaica, Brazil, England, Sweden, Denmark, Switzerland, Russia, Syria, India, China, Japan, Burma, Australia and the Congo Free State.

Its living alumnae number about 1,000, and are found in nearly every part of the United States and in many foreign countries, including Egypt, India, China, Japan and Korea. 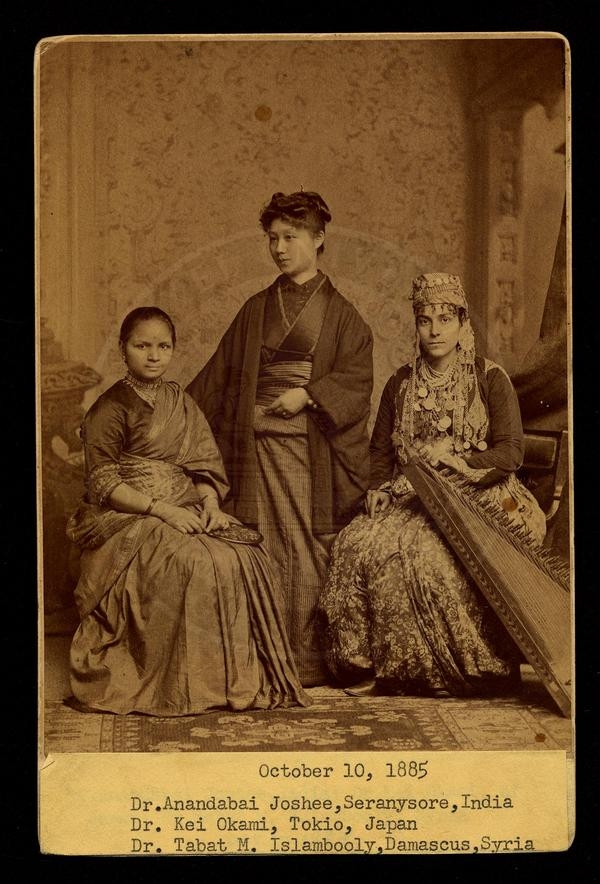 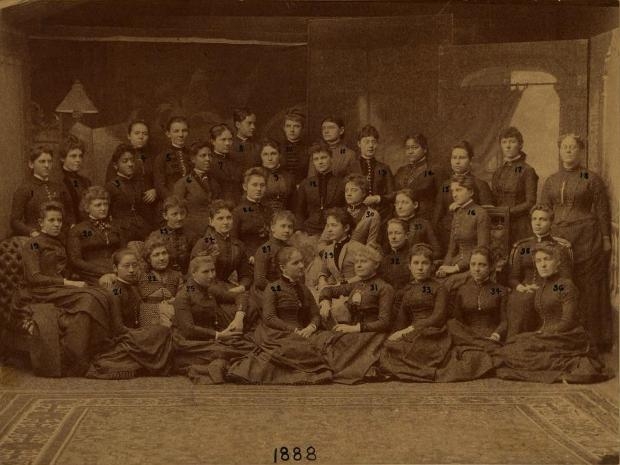 A class photo at the Women’s Medical College of Pennsylvania in 1888, including Okami (number 21) as well as two African-American women (numbers 3 and 6). In 1889, Susan La Flesche Picotte also graduated, becoming the first Native American physician.