After signing the National Defense Authorization Act into law at the Fort Drum Military Base in Watertown Monday, President Donald Trump visited Utica – the first sitting president to do so in 70 years. He was there to headline a fundraiser for Mohawk Valley Rep. Claudia Tenney (R-New Hartford).

Trump supporters chanted his name and waved American flags as his motorcade arrived at the Hotel Utica. 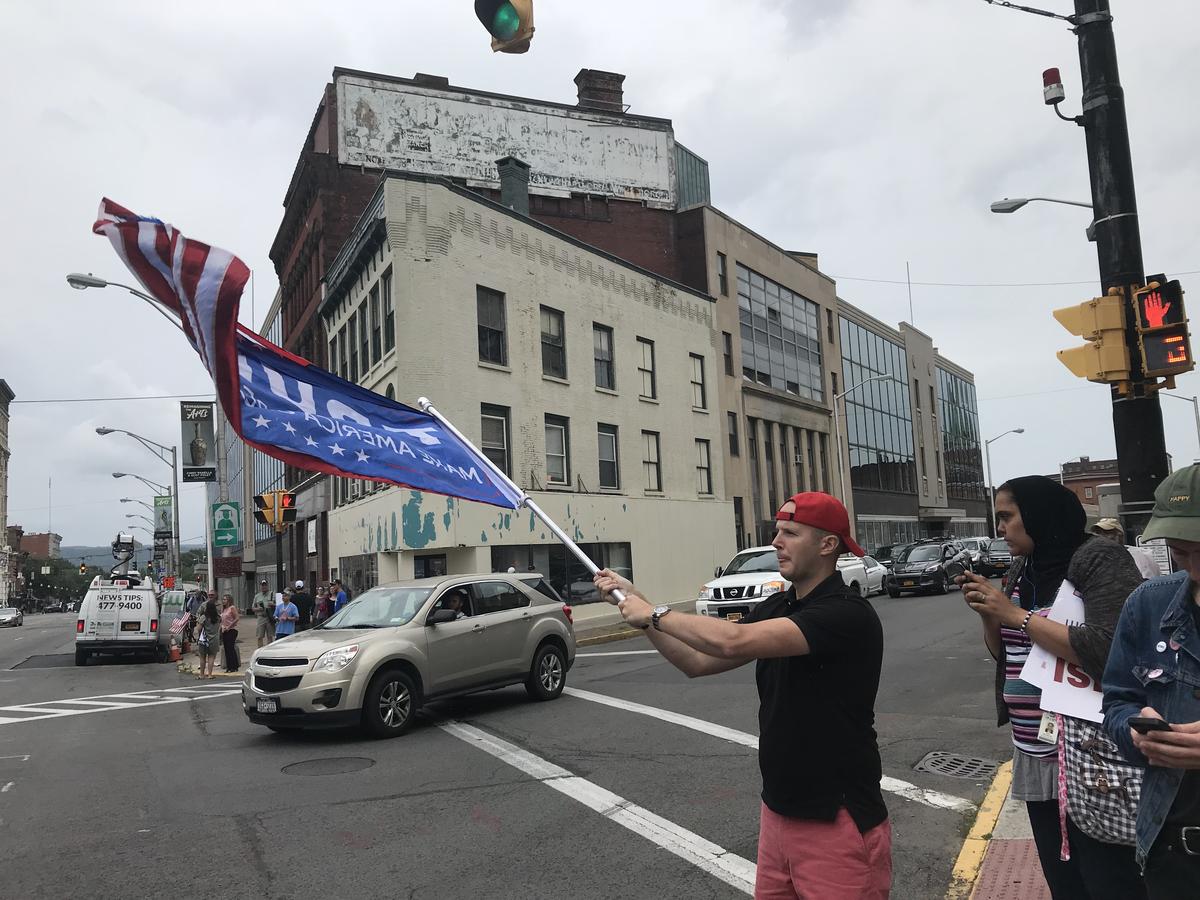 A Trump supporter waves an American flag with a Trump campaign logo on the back to welcome the president for his trip to Utica. CREDIT PAYNE HORNING / WRVO NEWS

“Regardless that New York state typically votes Democrat, his support in is very, very strong – at least in upstate,” said Dave Ciccone, who hoisted a large, cardboard cutout of Trump above his head.

Ciccone says Trump is the greatest president in American history.

“I love his economic policies, I love that we’re stronger on a global scale with the military at least, Hell – he gave me more money in my taxes,” Ciccone said. “He’s bringing jobs back, I like that he’s destroying MS-13, destroying ISIS and I think he brings back American tradition.”

Chris Williams lauded Trump for accomplishing his goals like the tax overhaul.

“Donald Trump ran on a platform and he kept his word and he has implemented his platform,” Williams said.

Down the street, a crowd of protesters nearly twice the size held up signs that featured scathing reviews of Trump’s performance, including the tax overhaul, attempts to repeal and replace the Affordable Care Act and hard-line immigration policies. 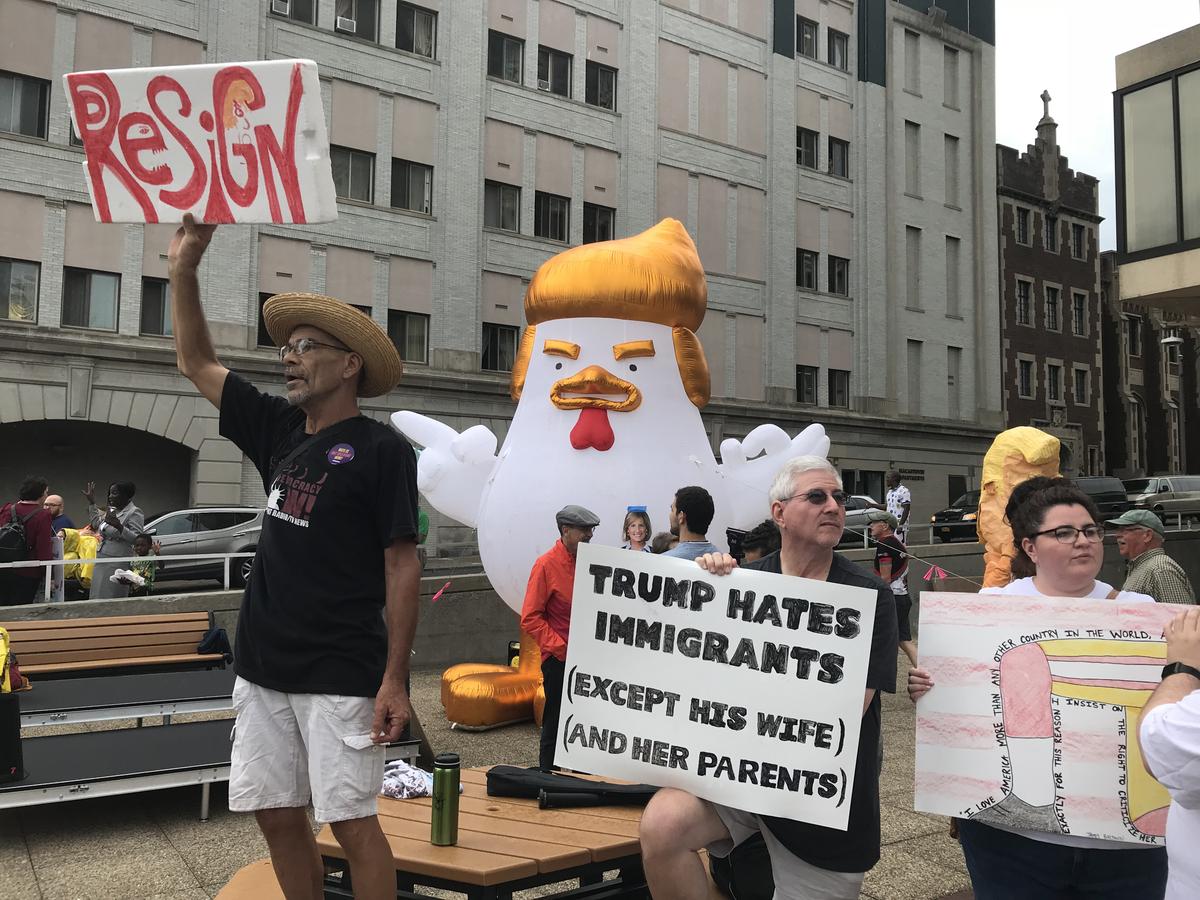 Cindy Stewart said Trump’s zero-tolerance policy of prosecuting everyone who crosses into the country illegally and similar efforts to crackdown on immigration is the antithesis of what Utica has done, a city where 20 percent of the population is foreign born.

“I believe that immigrants enhance life for all of us,” Stewart said. “It’s kept some of the upstate New York cities alive. We’ve had a loss of population and the immigrants have filled that and created new jobs and new communities and I think that’s a valuable asset.”

Others like Jerry Farnsworth said they were demonstrating to galvanize people to the polls this fall in an effort to strip Trump of his support in Congress by voting out representatives like Tenney.

“What we have to do is encourage with this kind of spirit and this kind rationality and justice those people who need to come out and make a difference and take our country back,” Farnsworth said.