SYRACUSE, NY (WRVO) – Vice President Mike Pence was in central New York today for a fundraiser for Rep. John Katko, and to visit to a steel factory in Auburn.  But he was greeted by protesters as he arrived at a $1,000 per plate fundraiser at a Syracuse hotel.

More than 300 protesters lined the street, waiting for the Vice President to arrive. Some like Donna Moore of Syracuse are opposed to Pence’s anti-LGBT attitudes.

“Gay people are no different than straight people. We love who we love. What goes on in a bedroom should not be something they should be worried about,” said Moore. 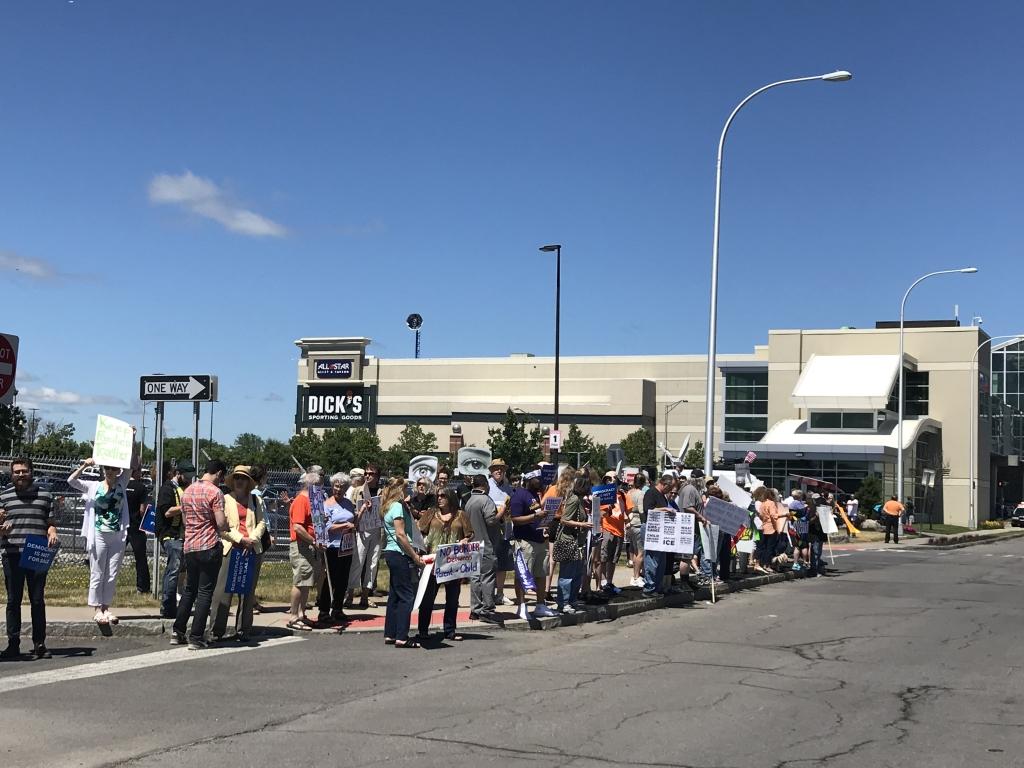 But the one issue that seemed to dominate was immigration. Specifically, the cases of children being separated from family on the southern border. Patrice Keegan of North Syracuse has spent time in Central America.

“This is outrageous, that our country is treating immigrants like this, said Keegan. “I mean these people are coming through horrible conditions.”

“People are really angry, and I think John Katko says he stands with people of central New York. And today it’s clear he stands with the Republican Party and big donors and against our needs of everyday working people,” said Jonah Minkoff Zern.

After the fundraiser, Pence met with workers at the Nucor Steel in Auburn, while Second Lady Karen Pence visited Upstate Golisano Children’s hospital to see an art therapy program in action.