SYRACUSE, NY (WRVO) – Pope Francis announced Tuesday that Douglas John Lucia will become the 11th bishop of Syracuse. He succeeds Bishop Robert Cunningham, who submitted his resignation to Pope Francis in June of 2018, when he turned 75.

Douglas John Lucia, at podium, speaks Tuesday in Syracuse. Lucia will be ordained as the next bishop of the Roman Catholic Diocese of Syracuse. Current Bishop Robert Cunningham, left, is retiring after leading the diocese since 2009 ELLEN ABBOTT / WRVO NEWS

Lucia was born in Plattsburgh and has spent most of his career in the North Country. He said being named bishop was like a lightning bolt out of the blue.

“I wish someone had a camera when I answered the phone.,” said Lucia. “It would have been the most shocked look I’ve ever had in my life.”

Lucia, 56, grew up in a small town in the North Country. He starting thinking about becoming a priest in high school, and wanted to go to a seminary college in Ogdensburg.

“I can remember just trying to convince my dad, ‘Dad, it would be better for me to find out now than later, if God’s calling me to be a priest’,” he said. 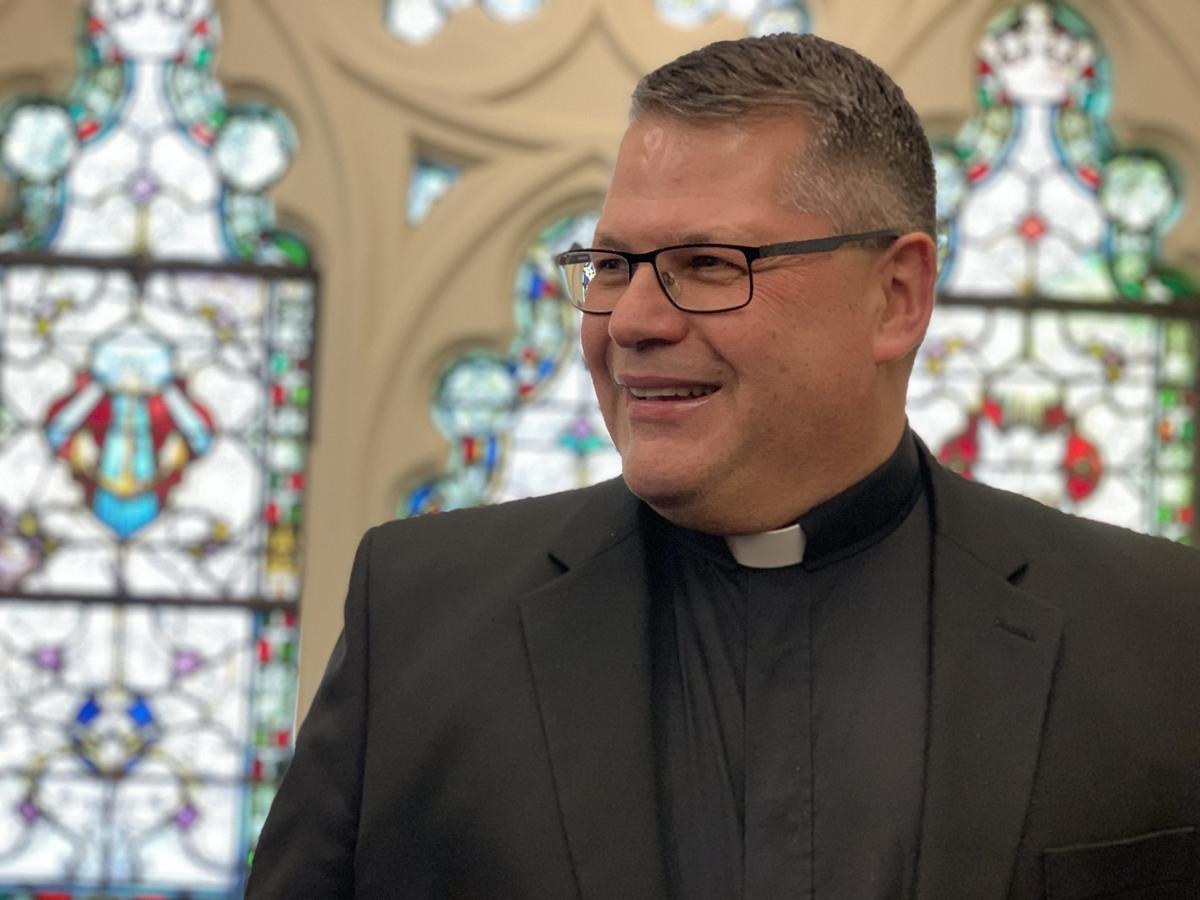 Lucia said as bishop, he hopes to show the healing and merciful face of God, especially in light of troubled times for a church wracked by a clergy abuse scandal.

“One of my own pastors was dismissed because of charges,” he said. “So I’ve seen the pain in parish communities. I’ve seen people’s lives totally destroyed. So I just want to be a healing presence.”

Lucia will be ordained and installed at the Cathedral of the Immaculate Conception in Syracuse in the coming months. After that he would like to start visiting parishes across the 5,400 square mile diocese.

“I guess that’s my big thing, that people have access to the church,” he said. “That they don’t see it as closed, that the doors are open.”