ROCHESTER, NY (WXXI) – The flu is still widespread in New York and 10 other states, according to the federal Centers for Disease Control.

That means the disease is infecting people in a broad geographic area. It’s unusual for so many states to still have widespread flu this late into the year, health officials said. 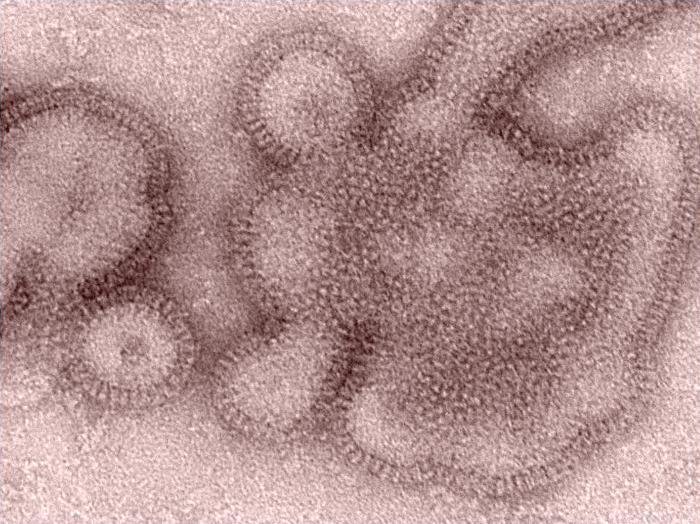 The H3N2 flu virus captured by an electron microscope. Researchers say this strain is likely to blame for a late-season surge in flu cases, and the longest flu season in a decade.CREDIT CENTERS FOR DISEASE CONTROL AND PREVENTION / DR. MICHAEL SHAW; DOUG JORDAN, M.A.

“This has been a long season across the country,” said Ed Walsh, chief of Rochester General Hospital’s infectious disease group. “The flu won’t quit. It just keeps going.”

“The first was predicted pretty well by vaccine planners,” he said, and locally, cases started to dip a month ago.

But then another flu strain picked up: H3N2, which Walsh said is often deadlier than the more common H1N1. That effectively caused two flu seasons back-to-back.

In the latest report from Monroe County, 19 local people had died of the flu this season.

Now is the time of year when vaccine planners start the work of predicting what flu strains should go in next year’s vaccine. Walsh said the strains that are active at the end of a season are often – but not always – a good predictor of which strains will be prevalent next year.