SYRACUSE, NY (WRVO) – Ivanka Trump, daughter and advisor to President Donald Trump, highlighted the benefits of Republicans’ tax law while in Tully Monday at the Suit-Kote paving company. Trump said six million Americans across the country have directly benefited from the tax plan through wage increases or bonuses. 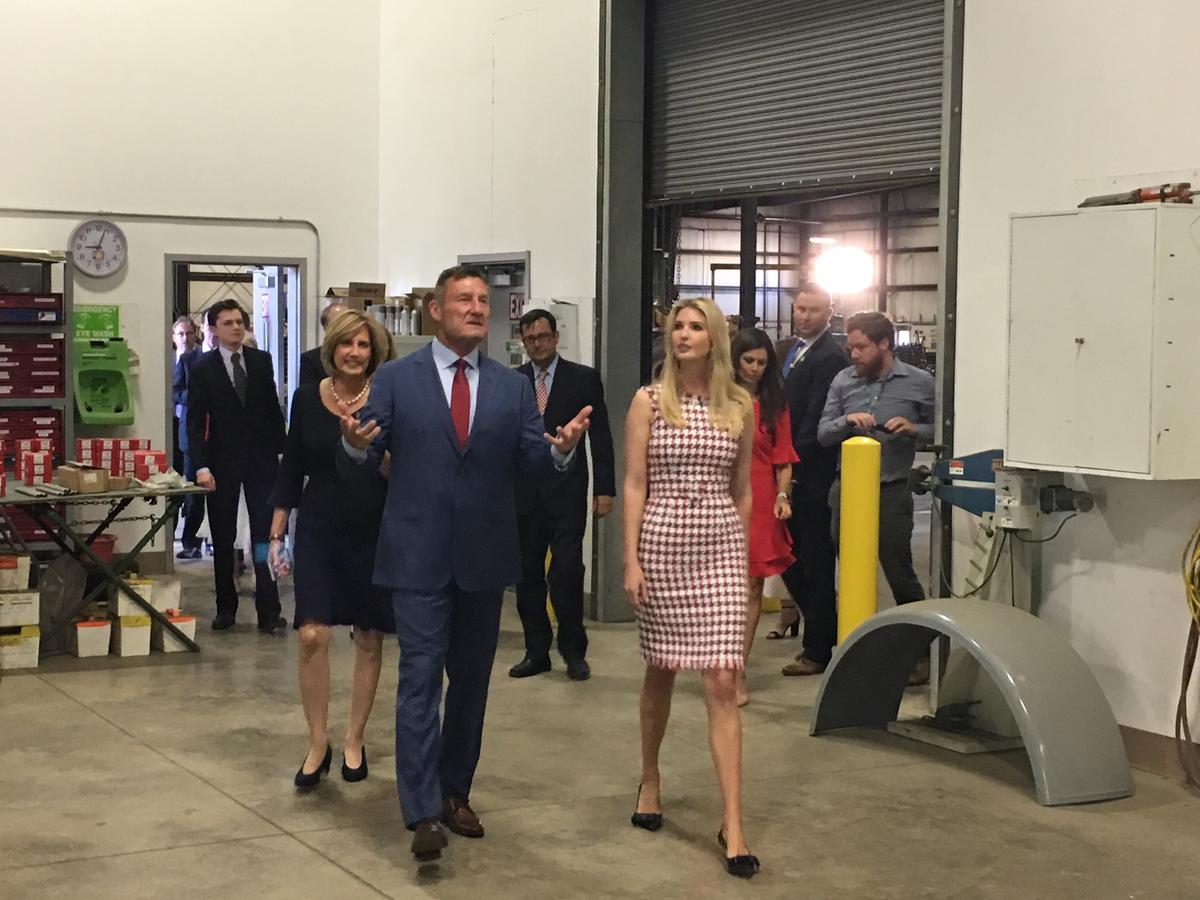 Ivanka Trump gets a tour of Suit-Kote.

Trump drove a paver as part of a paving demonstration at Suit-Kote. She thanked Rep. Claudia Tenney (R-New Hartford) for voting for the tax plan, and she said it is exciting to see companies like Suit-Kote invest in their employees and productivity. “
The two main pillars of tax reform were ensuring that our businesses can be competitive and thereby, creating better opportunity for the American worker, and ensuring middle-income tax relief,” Trump said. “This plan accomplishes both of those objectives.”

Tenney said she reached out to Trump to come to the area and talk about tax reform. 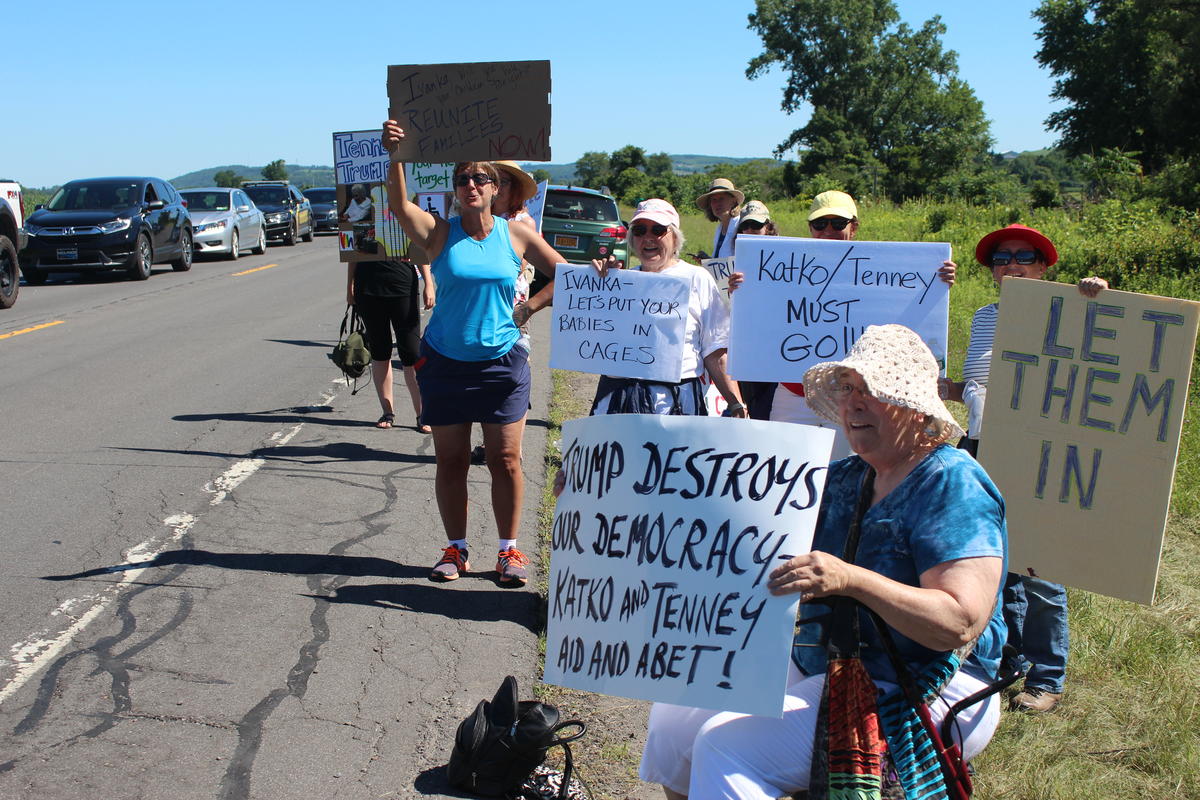 But protesters outside of Suit-Kote like Paula Davidson of Cortland, disagreed.

“Even though Suit-Kote has given raises to their people and done the 401(k)’s, which is great, they’re one of the small minority of people that didn’t use the money for the rich guys or get it to buy back stock,” Davidson said. “Our country is going to pot. The average person is being killed.”

Brad Eccleston, a foreman at Suit-Kote, who has been with the company for thirty years, was one of 800 employees that received a five percent raise earlier this year.

“Better than nothing,” Eccleston said. 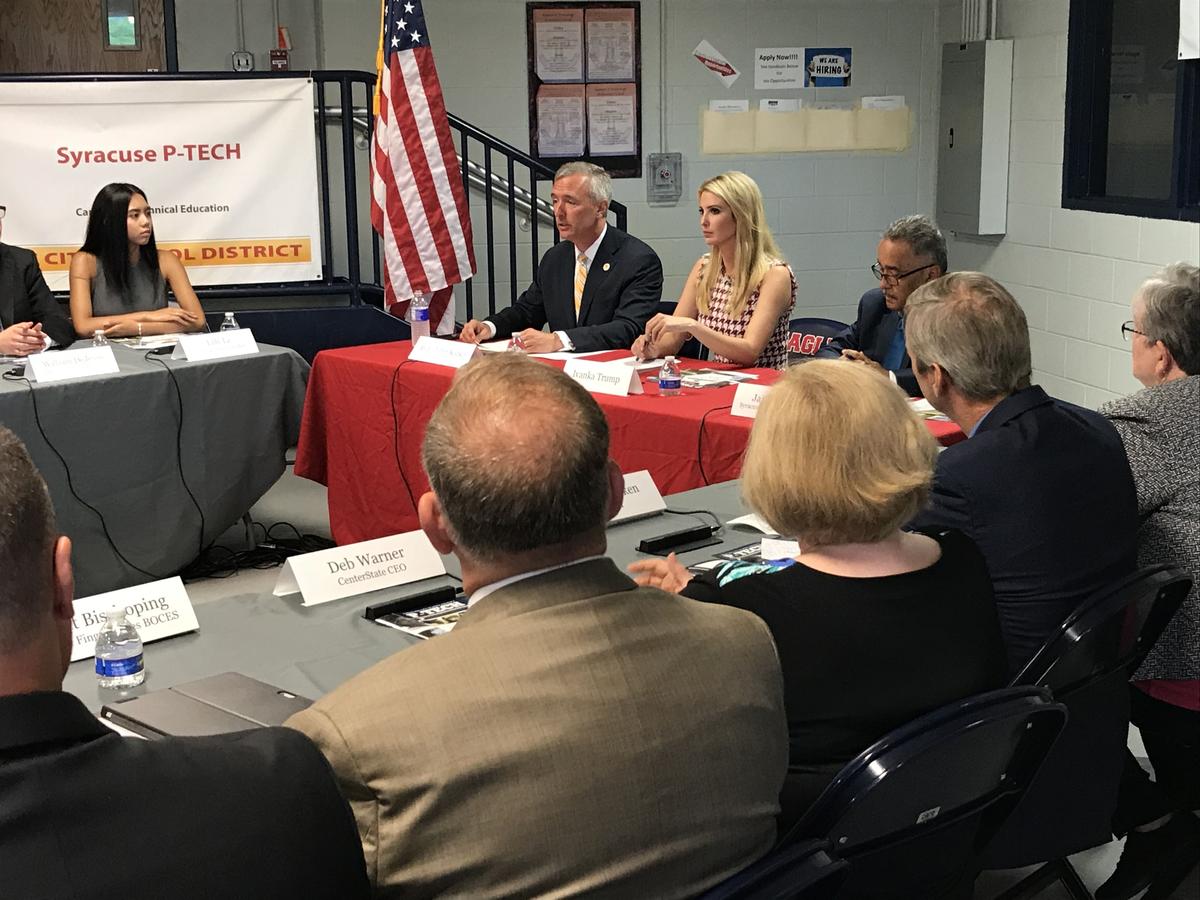 Trump went on to Syracuse later in the day to talk about workforce development and businesses teaming up with colleges and high schools to fill vacant jobs.
The Syracuse City School District’s P-Tech program is a the result of a collaboration between local businesses and colleges to prepare high school students for careers in manufacturing and engineering.
Trump praised P-Tech, saying it aligns well with the administration’s focus on vocational education and workforce development. She says under her father’s leadership, the economy is robust and unemployment low. But she noted that a record 6 million vacant jobs remain unfilled according to the Department of Labor.

“Now that tax reform has been passed and we have been deregulating so many industries that have had cumbersome, counterproductive regulations in place, the single largest concern of business is lack of skilled workforce,” Trump said.

One potential solution to the problem, Trump says, are career and technical educational programs like P-Tech. She says the administration is trying to lend its support through legislative and administrative means, including $200 million in new grant funding to help more schools expand access to computer science and science, technology, engineering and math (STEM) programming and supporting legislation in Congress that would renew funding for career and technical education programs.

“Now that it seems to be catching fire we got to really make sure we give them the fuel to keep them moving and it really helps to have his daughter up here because she’s a very close advisor to him,” Katko said. “This will definitely have an impact for sure, and that was the idea of having her come here.” 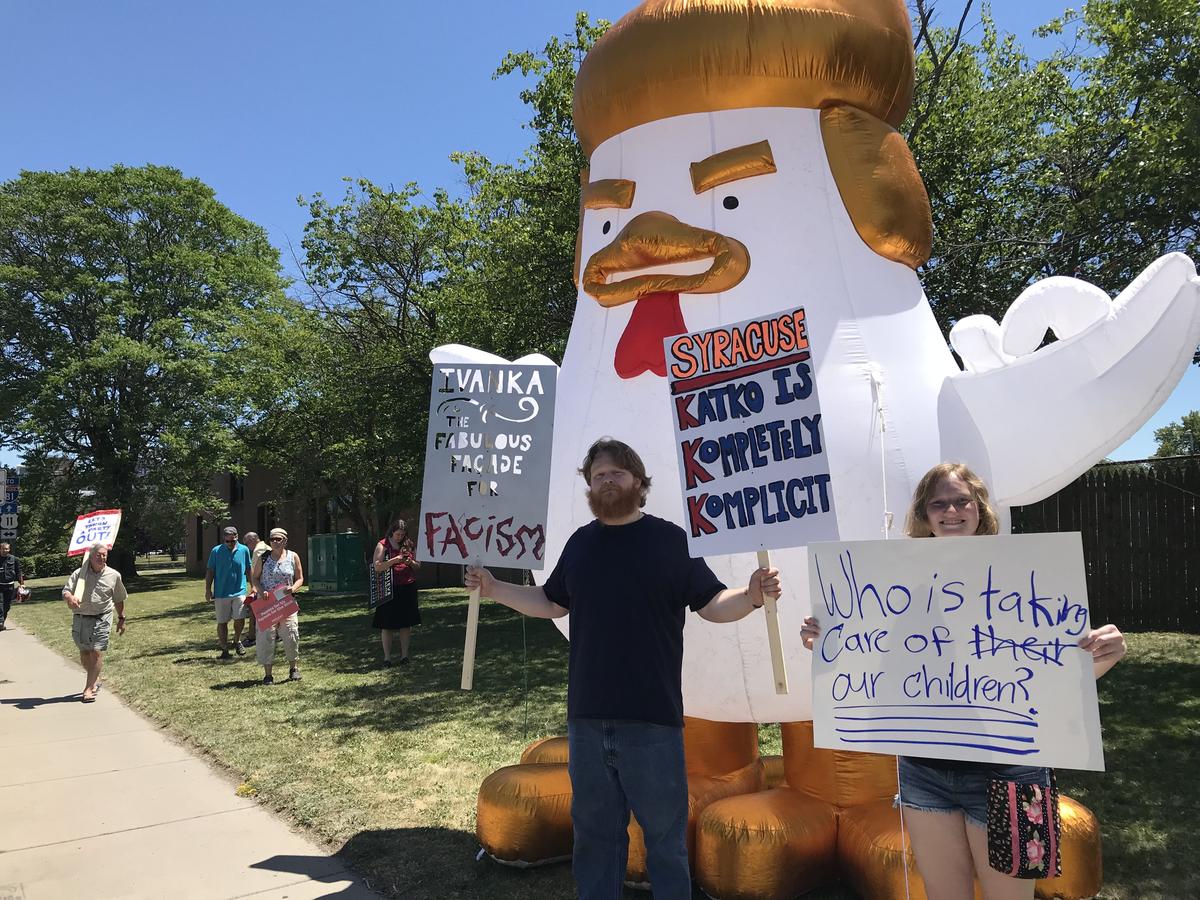 Outside of the roundtable, a crowd gathered to protest Trump’s visit. Green Party gubernatorial candidate Howie Hawkins says he demonstrated to oppose the Trump administration’s education policies, including supporting charter schools and rolling back Obama-era regulations meant to protect minorities.

“Instead of using our schools as a prop, Ivanka Trump should be back there in White House, where she’s a senior advisor, trying to convince her father to stop these abusive policies toward children,” Hawkins said.