SYRACUSE, NY (WRVO) – 24th District Republican Congressman John Katko wasn’t knocked over by the “blue wave” that saw Democrats take control of the House in yesterday’s election. But his re-election does mean he will be in the minority when he returns to Washington.

Katko says it will be a “new adventure,” but promised to deal with the partisanship in Washington in a bipartisan way.

“I am putting up with all this crap in Washington because I’m trying to say there is a way to get along with the other side,” Katko said. “And I’m going to keep working on that as long as I’m in Congress.”

Katko also congratulated his “very tough” opponent, Democratic challenger Dana Balter, whom he beat by six percentage points. That was the Republican’s smallest margin of victory since he was elected to represent the 24th District in 2014. 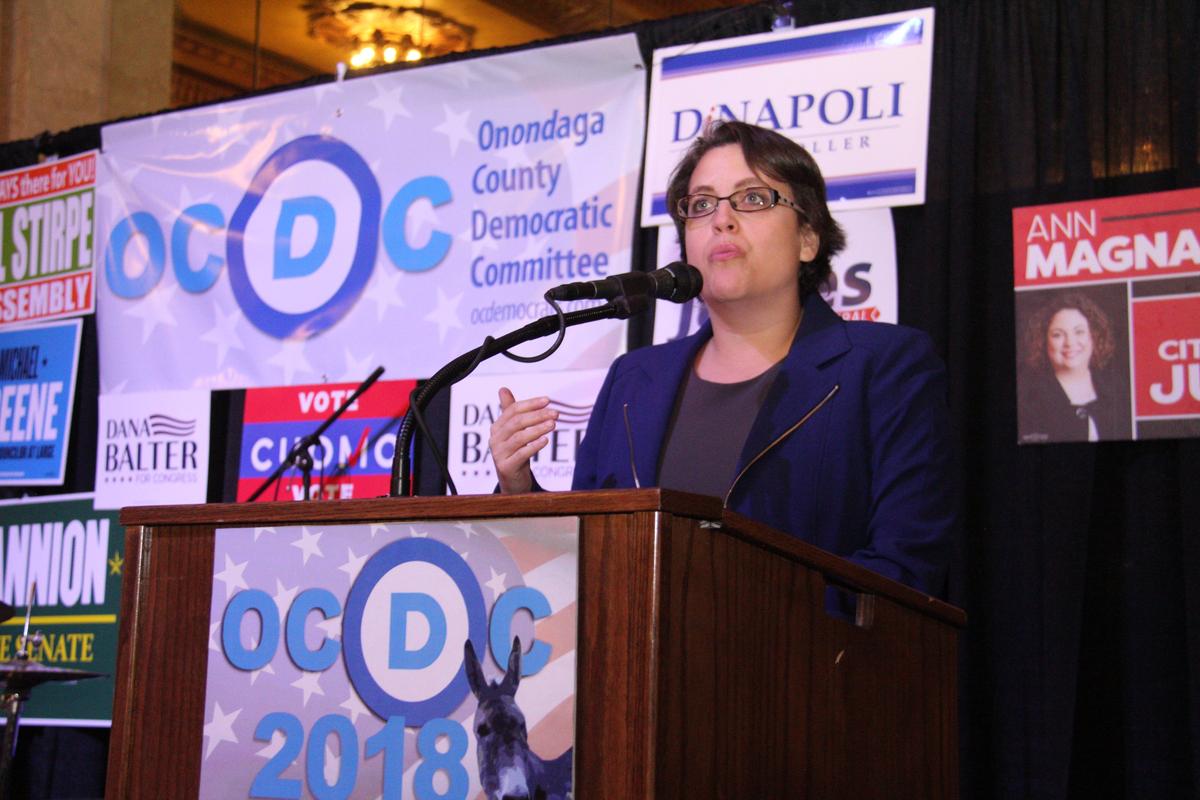 In her concession speech, Balter said the energized electorate that supported her will continue to be heard.

“Even though we didn’t get the result we wanted tonight, I’m so proud of what we’ve done,” Balter said. “This is more than an election. This is a movement for change.”