ROCHESTER, NY (WXXI) – As New York Gov. Andrew Cuomo and the state Legislature indicate they’re moving closer to legalizing recreational marijuana, users and prescribers of medical cannabis – particularly in rural areas – have been wondering what the change will mean for them.

New York state keeps a list of medical marijuana practitioners in each county who agree to be named publicly.

There are 26 in Monroe County. But in Orleans County, there are none. The counties of Genesee, Livingston and Wayne each have one provider. 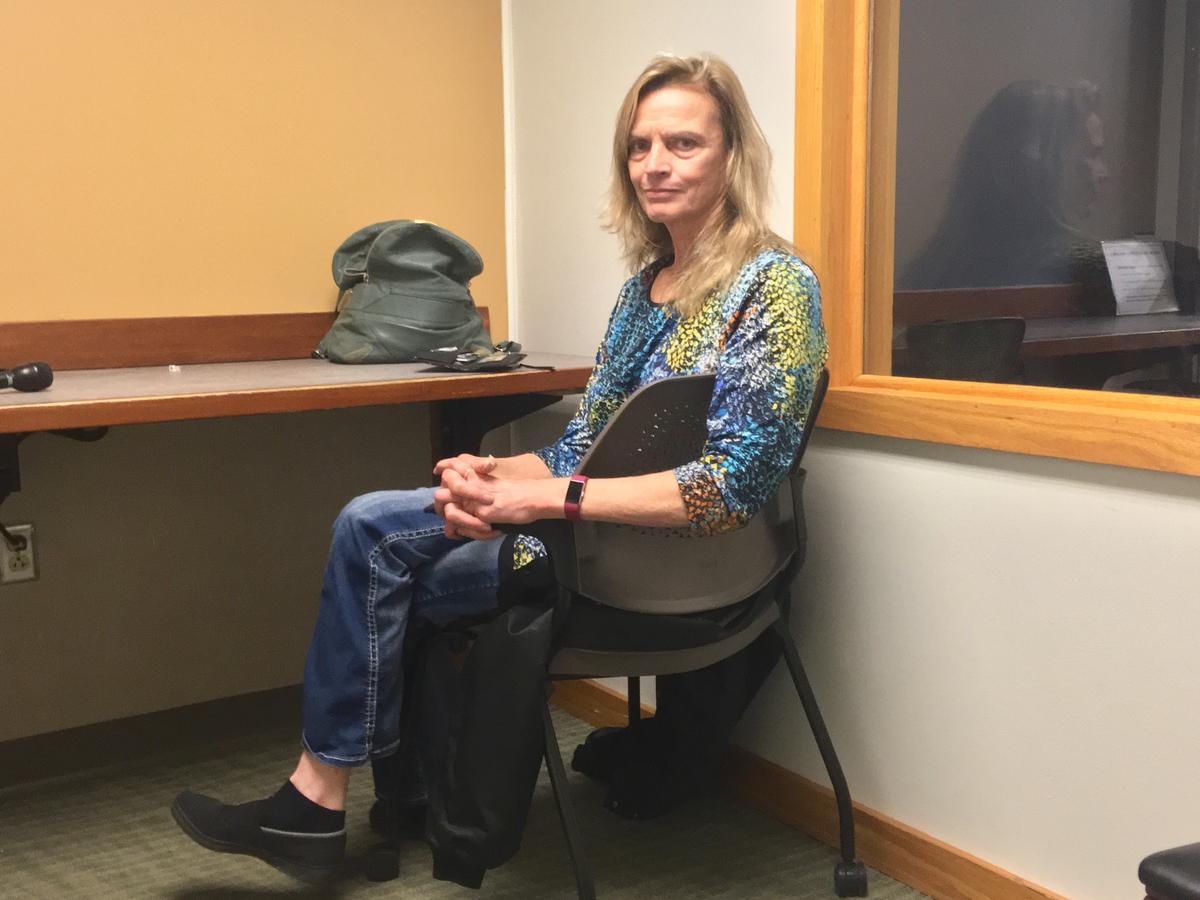 Janine Quinlan sits in a study room in the Brighton Memorial Library, similar to what she calls “private public spaces” where she meets clients.CREDIT BRETT DAHLBERG / WXXI NEWS

The only publicly listed medical marijuana practitioner in Wayne County is Janine Quinlan.

She rarely meets patients in her own office. Travel is often a barrier to them. “In a rural area, people who have problems with anything – addiction, medical, whatever we talk about for prescribing cannabis – they usually have difficulty with transportation. They may have limited licensing, limited car use,” she said.

And she’s hesitant to meet them in their own homes. “You never know what you’re going to find,” Quinlan said.

So she typically meets patients in what she called a “private public space,” like a coffee shop or the lobby of an office building. Because her clients are so spread out, that means a lot of driving. “Two or three tanks of gas a week,” she said.

Quinlan said she is curious about what legalizing recreational marijuana would do to her rural medical practice, but she’s not worried.

In her area, far fewer people seek medical marijuana than in cities, so she’s not facing a steep drop-off in customers, she said.

But Quinlan does worry about people who might start to self-medicate – people who don’t qualify for medical marijuana because they have a pre-existing condition that the drug could worsen, like cardiovascular problems, kidney disease, and especially, she said, psychosis.

“There are receptors in the brain that can trigger persons who have a genetic predisposition. If that’s overflooded, that can cause a trigger toward schizophrenia,” said Quinlan.

Whatever rules the state comes up with for recreational marijuana, Quinlan said she hopes they will take those risks into account.

Still, she said, there’s a lot of good that can come from people having more access to marijuana by legalizing recreational use, even if they don’t – or can’t – get it through a licensed medical practitioner.

Quinlan said increasing access is especially important in rural parts of the state, where there just aren’t enough providers. 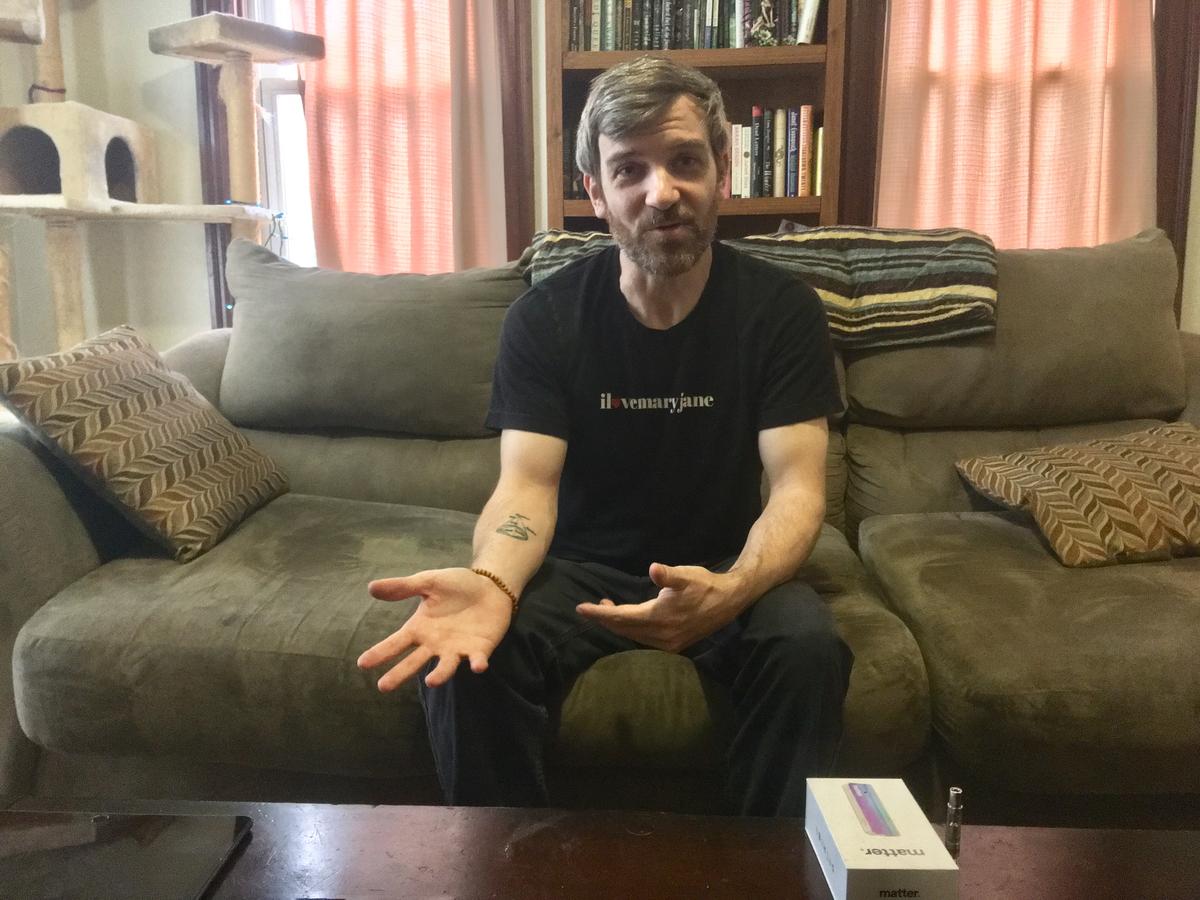 Tim Hildebrand has been running up against that provider shortage. He lives half an hour south of Quinlan, in Canandaigua.

The closest dispensary that carries his medical marijuana product is in a Syracuse suburb that’s an hour away.

“I’d end up in the hospital for a week every time. Every six months like clockwork,” he said, describing the symptoms of cyclic vomiting syndrome, which he developed in high school.

“I’d wake up in the morning and I’d be in immense pain. Right off the bat, my stomach would start hurting.”

The syndrome is “barely known among physicians” as one group of researchers wrote in the journal German Medical Science. But what little information there is in the medical literature indicates that CVS is commonly a result of marijuana use. 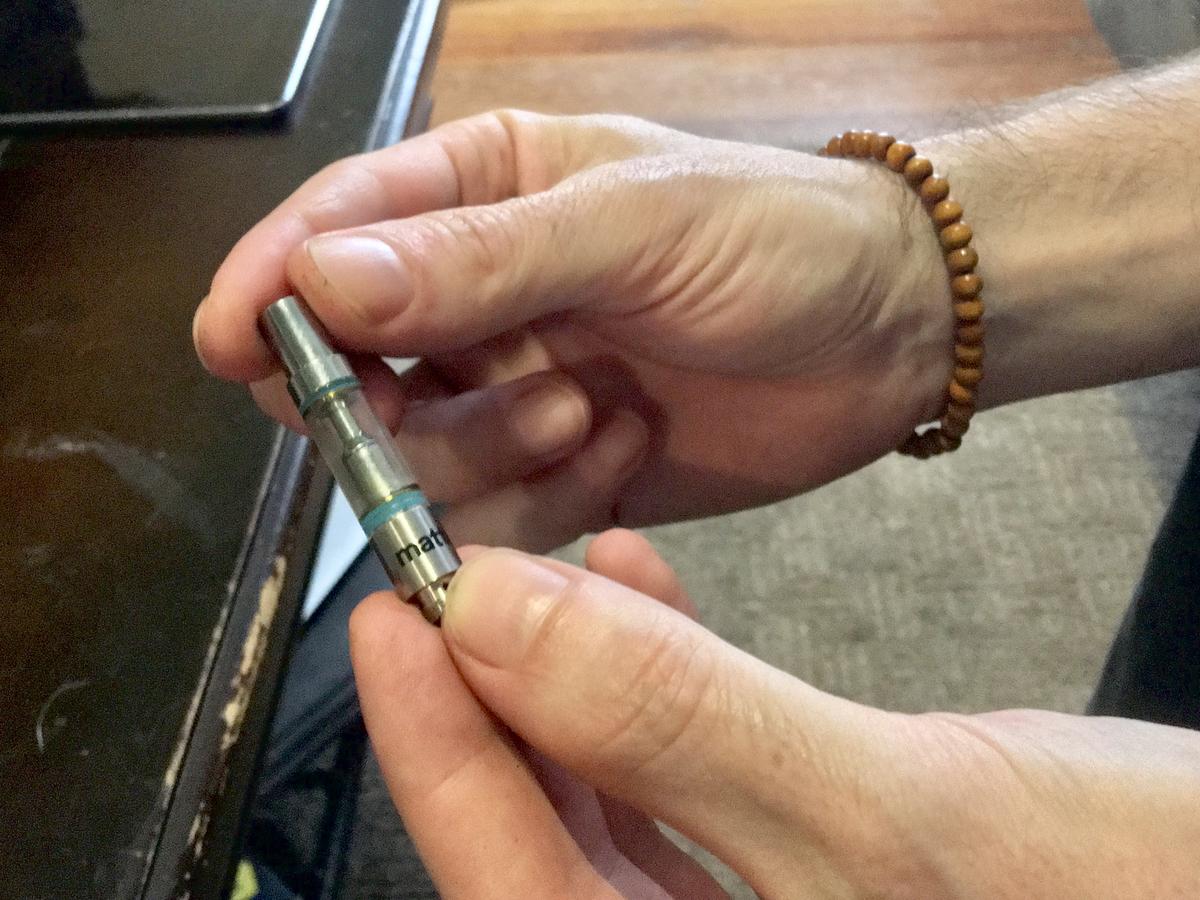 Tim Hildebrand shows the cartridge that enables him to use marijuana to alleviate his chronic vomiting syndrome.CREDIT BRETT DAHLBERG / WXXI NEWS

For Hildebrand, though, marijuana is the antidote. He said a particular blend of cannabis ingredients prevents the worst of his symptoms. The only problem is that no local medical marijuana supplier carries that blend.

He hopes recreational marijuana will be legalized because he expects it will force medical dispensaries to diversify their offerings to keep up with the increased variety of products available, he said.

But Goers, who’s the company’s vice president of corporate affairs, said he doesn’t see recreational marijuana (which he calls “adult use”) as a threat to the medical business. He said they’re complements.

“There’s ultimately a large group of people that have not been aware of medical cannabis. And we think that in an adult use space, it becomes an over-the-counter opportunity, too,” Goers said. “We think that there’s actually a growing market opportunity.”

Goers said both medical and legal recreational marijuana offer safer, more controlled environments to use marijuana compared to an environment where it’s illegal.

Still, though, Goers said Columbia Care is trying to work with the state to make sure there are measures to stop people who have been denied a medical certification from turning to recreational weed to self-medicate.