SYRACUSE, NY (WRVO) – New York State Attorney General Letitia James announced the takedown of two drug rings and the arrest of 65 people in the trafficking of heroin, fentanyl and cocaine in central and northern New York. The 15-month investigation, which started in St. Lawrence County, was a collaboration between nearly two dozen local, state and federal agencies.

4,700 bags of heroin and fentanyl and 2 kilos of cocaine, were recovered following the investigation code-named, “Operation Central City,” which included surveillance and wiretaps. James underscored the dangerous work of law enforcement, who she said, put their lives on the line and thought about others before themselves. 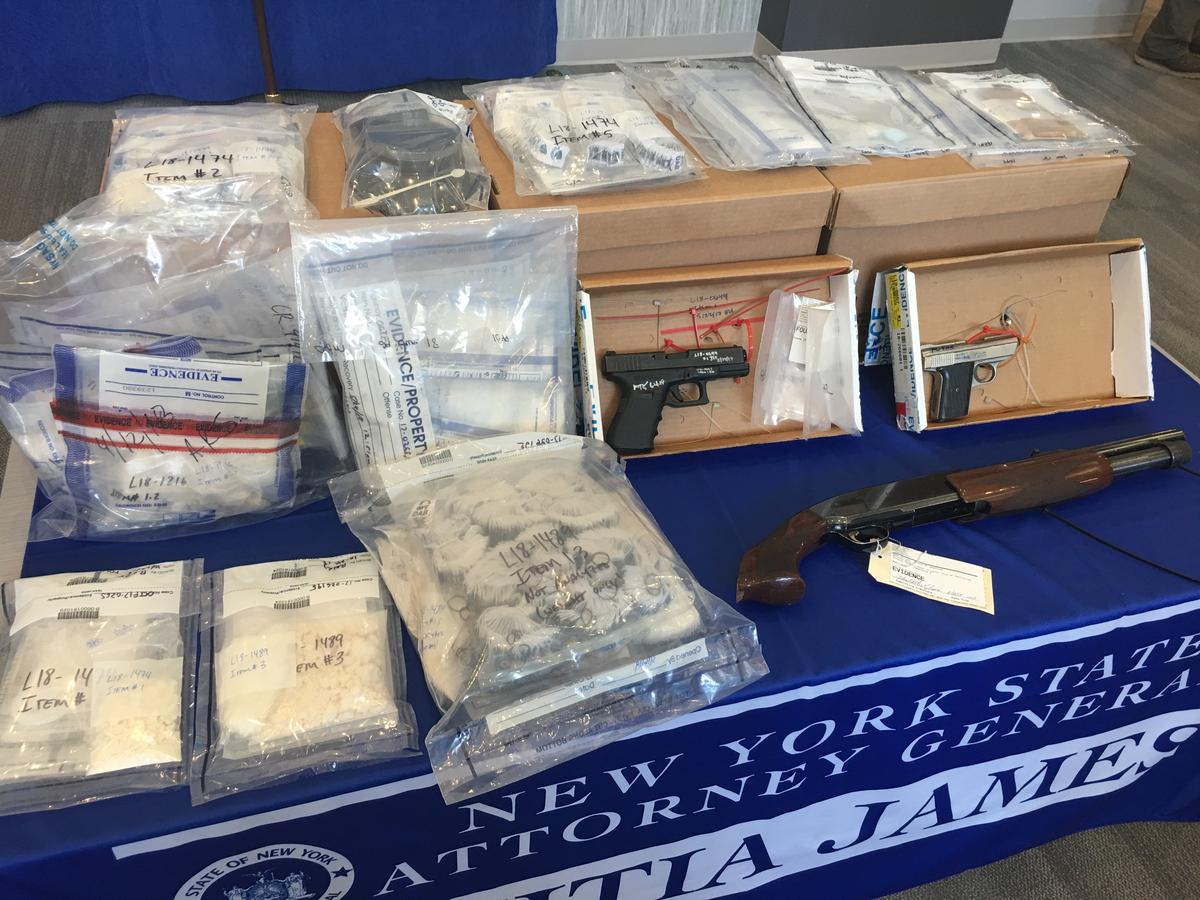 The street value of the drugs recovered is estimated at more than $340,000.CREDIT TOM MAGNARELLI / WRVO PUBLIC MEDIA

“We recognize how serious this is and the fact that so many individuals have lost loved ones,” James said. “We are committed to taking these drugs off the street, because they are wreaking havoc and destroying families.”

The defendants will face prison sentences ranging from the minimum 1-3 years, to the maxium 8-25 years. The investigation was part of a broader state initiative that has resulted in the arrest of more than 400 alleged drug traffickers since 2017.

“When you see 65 of these people being arrested, 65 of the people who are responsible for bringing this dangerous drug into our community locked up, that’s a good day for us,” Maciol said.

Last year in Onondaga County, there was an 11% increase in opioid overdoses.

The attorney general’s office is also taking on the crisis with civil prosecution, having filed a lawsuit against the manufacturers and distributors of opioids.