SYRACUSE, NY (WRVO) – Drunk driving crashes are on the decline in New York State, according to the Governor’s Traffic Safety Committee. But at the same time, the number of crashes involving drug impaired drivers is on the rise.  Now the state is increasing the numbers of highly trained officers who can identify the signs of drug-impaired driving. 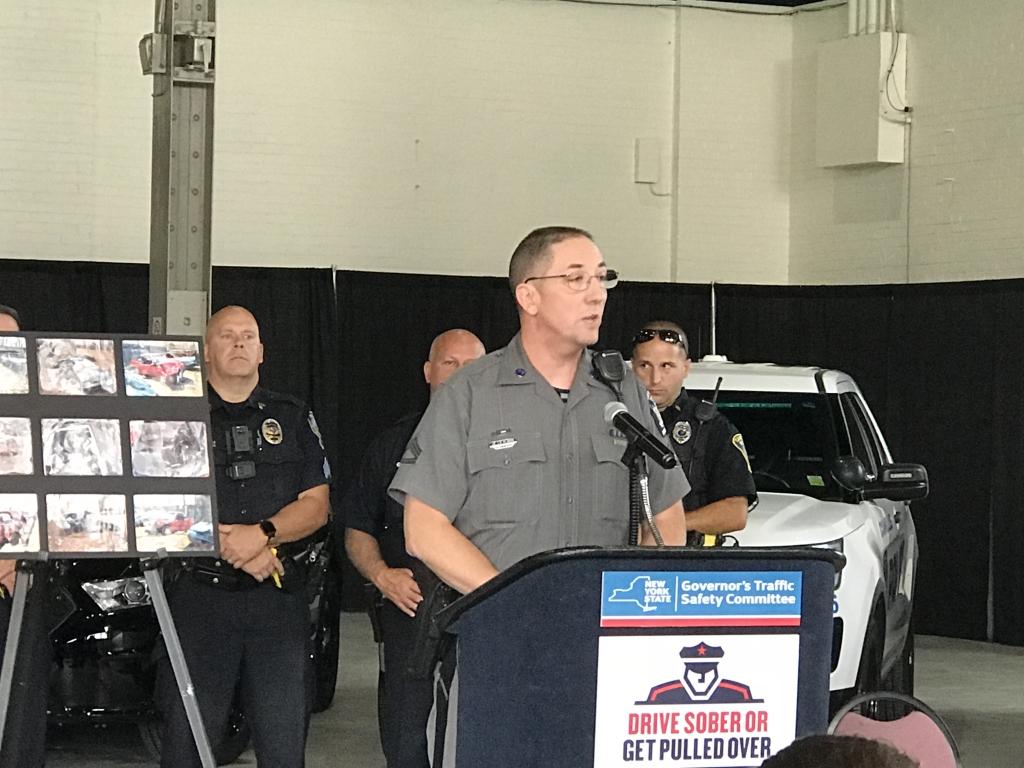 There are challenges when it comes to making an arrest for drugged driving. A drugged driver is often on the road at all hours of the day, and many individuals arrested for drugged driving often have more than one drug in their system. So it can be difficult to determine just what categories of drugs are involved.  That’s where Drug Recognition Experts (DRE) come into play.

State Police Sgt. John LaPlante has been a DRE for 7 years. He heads out to the scene if officers are unsure about what drugs might be affecting a motorist, and conducts a multi-step protocol.

“We look at the psycho-physical effects, their balance, coordination, field test. And then we look at the effects on their body, blood pressure, temperature, pulse, how their eyes react.  All these things combine to show what category or categories are affecting a person, but also to what extent.”

LaPlante says that helps police and prosecutors, at a time when more and more drivers get behind the wheel under the influence of several kinds of drugs.

This summer, 22 law enforcement officers from police departments across the state earned the designation as a nationally-certified Drug Recognition Expert, bringing the total statewide to 277.  The prevention of drugged driving is one focus of a two-week long statewide “Drive Sober or Get Pulled Over’ enforcement and education initiative.