SYRACUSE, NY (NCPR) – Today is Giving Tuesday, and breweries across the region are joining a nationwide effort to raise money for victims of the Camp Fire in northern California. Hundreds of breweries are making the exact same beer recipe and donating the proceeds. 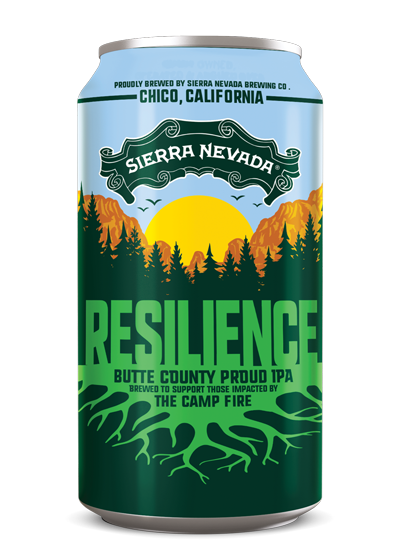 The fundraiser was launched by the Sierra Nevada Brewing Company, which was in the path of the devastating wildfire. It’s located just miles from the town of Paradise, which was almost totally destroyed by the fire. The company posted photos on Facebook from the brewery roof in early November.

The photos caught the attention of Chris Ericson, owner of the Lake Placid Pub & Brewery and Big Slide Brewery, both in Lake Placid. “You could see the smoke, and actually you could see the flames,” Ericson said. “And I was like, ‘oh my god, that’s a horrible thing going on for them.'”

A “bat signal” to brewers

When Sierra Nevada’s owner Ken Grossman talks, brewers listen. “I don’t think it’s too much of a stretch to say without Ken Grossman,” said Ericson, “his beer, and his efforts, the craft beer industry would not be what it is today.

Days after the fire began spreading, Grossman sent out a sort of bat signal to the brewing community. Sierra Nevada announced a special beer, Resilience Butte County Proud IPA, to raise money to help the communities recover. And it published the recipe for other breweries to follow. 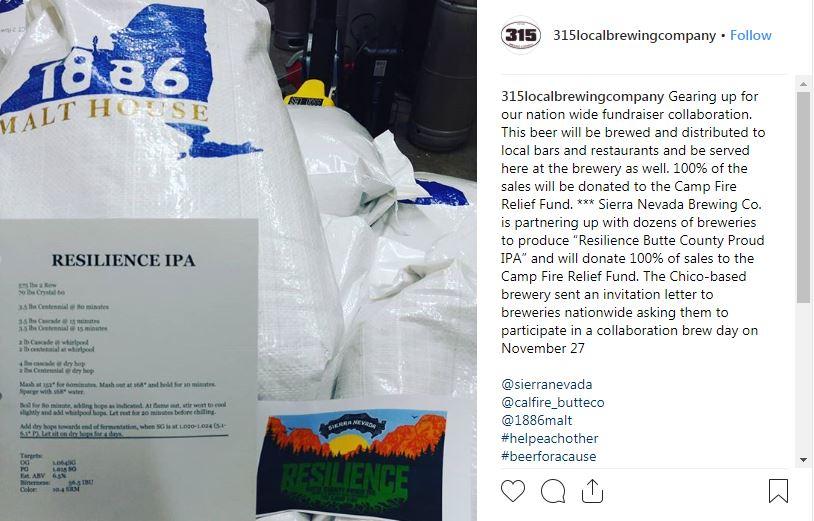 On Giving Tuesday, more than 800 breweries nationwide will begin brewing that same beer, including Lake Placid and Big Slide. Erickson said he feels for the fire victims, living in the heart of the wild Adirondacks.

“We’re in the middle of six million acres, and who knows what would ever happen in here and hopefully it never will,” said Ericson, “but we thought it would be a nice thing for us to come to the bat signal that we got from Sierra Nevada to try to help out the people over there.”

The IPA has Cascade and Centennial hops with 6.7% alcohol and 70 IBUs. Erickson says Resilience IPA will be on tap in Lake Placid shortly before Christmas. All proceeds will go to the Camp Fire Relief Fund.