Opponents of a GOP tax overhaul bill protest in Syracuse.

Central New York Rep. John Katko (R-Camillus) says the tax overhaul bill he voted for is even better after it went through the conference committee with the Senate version. It retains the historic tax credit, which was used to restore the Hotel Syracuse, it no longer taxes the tuition waivers that some graduate students use to pay for school and it allows taxpayers some flexibility on whether they want to deduct their state income, sales or property taxes – capped at $10,000.

On top of that, Katko says it’s going to stimulate the region’s economy. 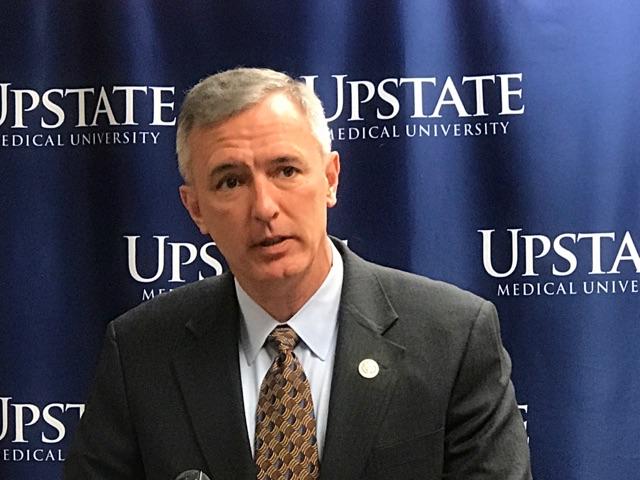 “The analysis is very, very solid – the vast majority of my constituents – particularly the middle class and the working class – are absolutely going to be getting a tax cut here,” Katko said. “There’s no question about it.”

He says it will also level the playing field for U.S. businesses, making them more competitive in the global marketplace. 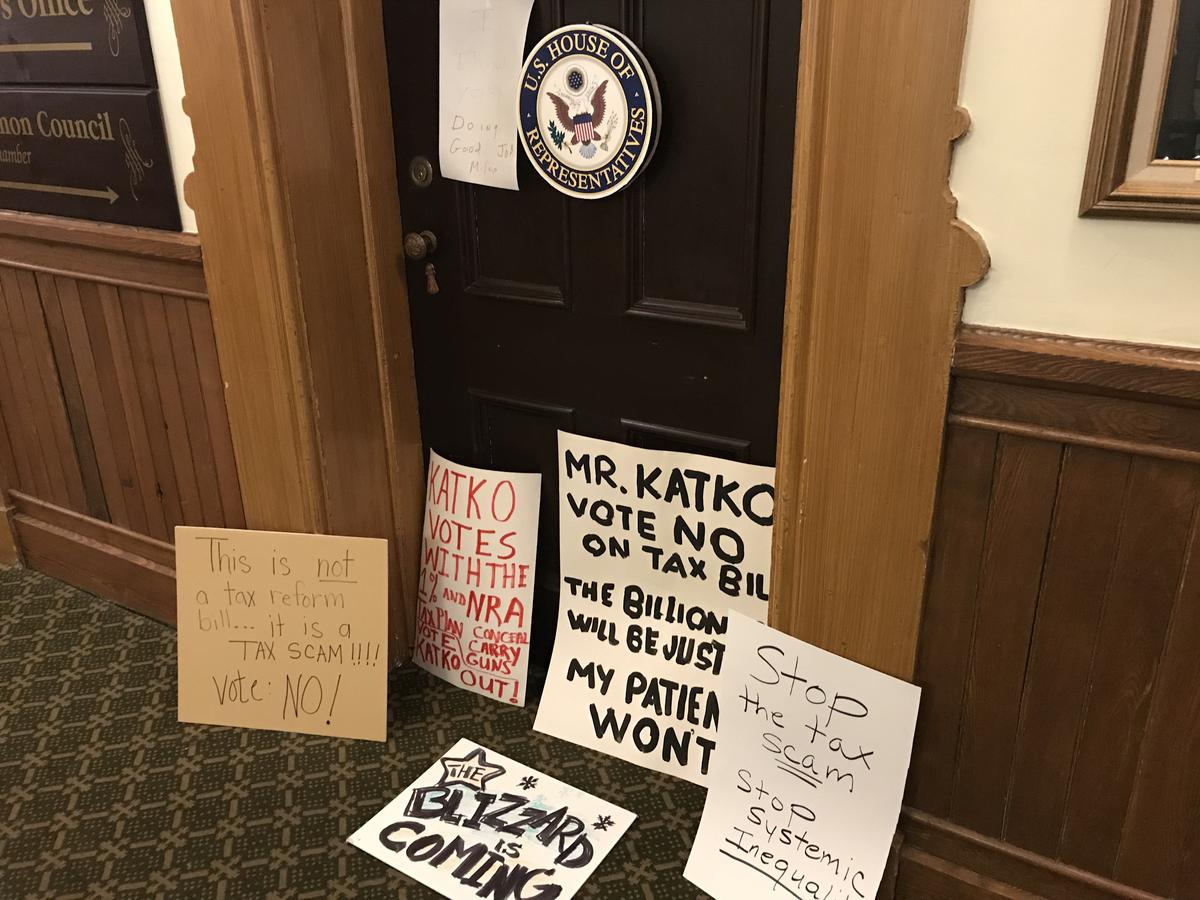 Despite those changes, some of Katko’s constituents were not happy with the final product. They rallied outside of his office in Syracuse Tuesday. Central New York AFL-CIO President Ann Marie Taliercio says the bill favors the rich at the expense of the middle class.

“Who are the people having more money? The middle class, the workers might have a few pennies at the beginning,” Taliercio said. “I don’t need $75 more. I need health insurance for my babies. I need my parents to have their nursing homes.”

Mohawk Valley Rep. Claudia Tenney (R-New Hartford) and Rep. Tom Reed (R-Corning), who represents parts of western New York and the Finger Lakes, also voted for the bill. North Country Rep. Elise Stefanik (R-Willsboro) did not. She says the partial repeal of the state and local income tax deduction will hurt too many of her constituents who rely on it to make ends meet.

The House will have to vote on the bill again after some of its provisions violated Senate parliamentarian rules. Katko says he expects it to again and be signed into law today.