ROCHESTER, NY (WXXI) – Chad Rank has been taking buprenorphine for years. But he’s still coming to terms with what it means for his recovery from more than a decade of addiction to opioids.

“A few months ago I talked to my doctor, and I was like, ‘Maybe I want to come off of it,’” Rank said. “It’s a real internal struggle: Do I want to keep taking this?”

Buprenorphine is a prescription drug used to help people quit heroin, painkillers, or other opioids. But it carries its own stigma, especially in 12-step programs like Narcotics Anonymous. 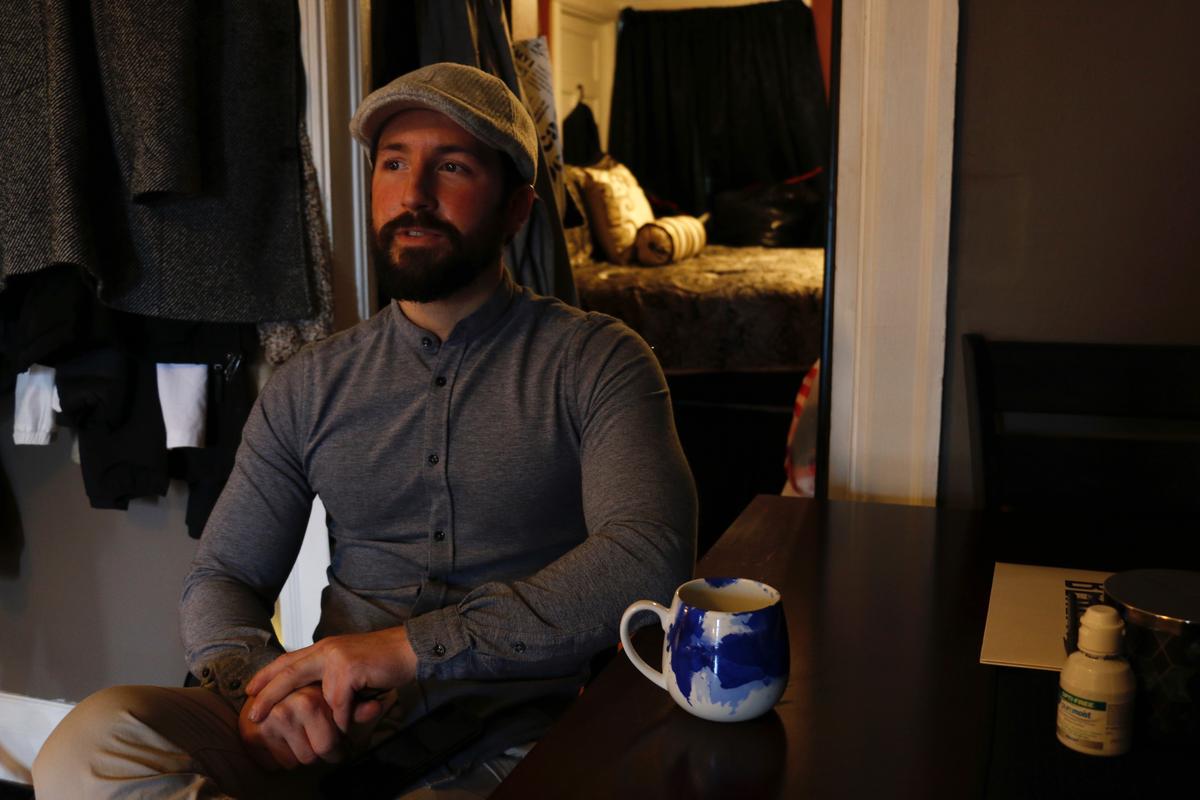 Chad Rank, 30, in his South Wedge apartment. Rank has been using buprenorphine for years as part of a treatment program for addiction to opioids.CREDIT BRETT DAHLBERG / WXXI NEWS

“There’s definitely a pull from people who judge it or say you’re not in recovery, or you’re not supposed to share,” said Rank, who’s 30 years old and sips tea between sentences. “I don’t know if I want to be the person who takes it.”

Buprenorphine presents a quandary for Narcotics Anonymous. As part of what doctors call medication-assisted treatment, or MAT, buprenorphine is regularly referred to by researchers as “the gold standard” of care for opioid use disorders.

But buprenorphine is itself an opioid – one that patients might rely on to quell cravings for the rest of their lives – and NA “is a program of complete abstinence,” said Bob Shott, who works in public relations for the organization.

NA knows that rifts between buprenorphine users and the drug’s detractors are percolating at meetings and through the organization. “We do have a very interesting discussion going on across our fellowship,” Shott said.

“There’s even meetings I’m hearing springing up – they call them MAT-friendly – that people are forming on their own,” said Shott.

It’s an indication, Shott acknowledged, that the emphasis on abstinence could be off-putting for people like Rank.

Still, the number of people prescribed buprenorphine for opioid use disorder treatment in Monroe County and in New York state has grown for each of the last five years in the health department’s most recent data.

Now, New York is poised to put even more people in Rank’s position. The drug is still under strict sanction by the federal Drug Enforcement Administration, but last month, the state health department relaxed some of its guidance around prescribing the drug.

[You should see an interactive graph next. If you don’t, refresh the page or click here. Story continues below.]

“The state is recognizing that two things are saving lives right now in the overdose epidemic,” said Mark Winsberg, who oversees chemical dependency services at Rochester Regional Health. “One is buprenorphine.”

The other lifesaver, Winsberg said, is naloxone, which can reverse an overdose.

But buprenorphine can be as much a paradox for doctors as it is for Narcotics Anonymous. “Our training has really been total abstinence-based training,” said Patrick Seche, director of the University of Rochester Medical Center’s addiction treatment facility, called Strong Recovery. “It’s a paradigm shift.”

Seche said the state is making the right move in easing its restrictions on prescribing buprenorphine.

Under the state’s previous guidance, doctors might have discontinued buprenorphine for patients who tested positive for other drugs or did not attend scheduled counseling sessions.

Now, the state encourages prescribers to keep their patients on buprenorphine in many cases, even if they are continuing to use other substances or aren’t going to counseling.

“You have to have options that aren’t simply abstinence or no treatment at all,” said Seche.

Those options did not exist for Rank when he started on buprenorphine around 2013.

“I didn’t want to continue with the opiates. Absolutely, I didn’t want to,” Rank said of his recovery efforts. “But I was still smoking weed, which was against the rules.”

“I tested positive, and he cut me off immediately,” Rank said of his doctor. “I said, like, ‘Is there any way you can taper me?’ He was like, ‘No.’”

“With all my willpower, I didn’t want to use. I knew I had a problem. I knew I needed help,” he said. “But I didn’t know how to go about getting it.”

The DEA requires prescribers to complete up to 24 hours of training before allowing them to distribute buprenorphine. Even before the state’s new guidance, those training sessions were growing increasingly popular in Rochester.

Dozens of people – far more than organizers expected – attend a training session at URMC to qualify for a waiver to prescribe buprenorphine.CREDIT BRETT DAHLBERG / WXXI NEWS

Now, they’re inundated. “We thought we had 26 or 27 people registered, and then we did not have enough space and had some people sitting on the floor,” said Kristin Smith, who had just finished leading part of a training session at URMC. “We were shocked by the number of people who came today.”

Attitudes are changing, too. Smith said the responses from doctors today are different than even a few years ago.

“When we’d give an example of a patient who wants to increase her buprenorphine dose, in the past, everyone said, ‘No. Red flag, red flag. She’s looking for drugs,’” Smith said. “Today, people said, ‘Huh. Yeah. Okay, maybe we can do that.’”

Smith and other medical professionals emphasized that a buprenorphine prescription alone does not solve addiction. “It’s a part of the approach,” Smith said. “But the point is, it’s saving people’s lives.”

Buprenorphine allows people to stop using street drugs without the worst effects of withdrawal, Smith said. “We have too many people who are dying out there. We talk about the opioid epidemic, but really it’s an overdose epidemic. If you can get a patient away from drugs that might contain fentanyl and onto a controlled dose of medication, you should do that.” 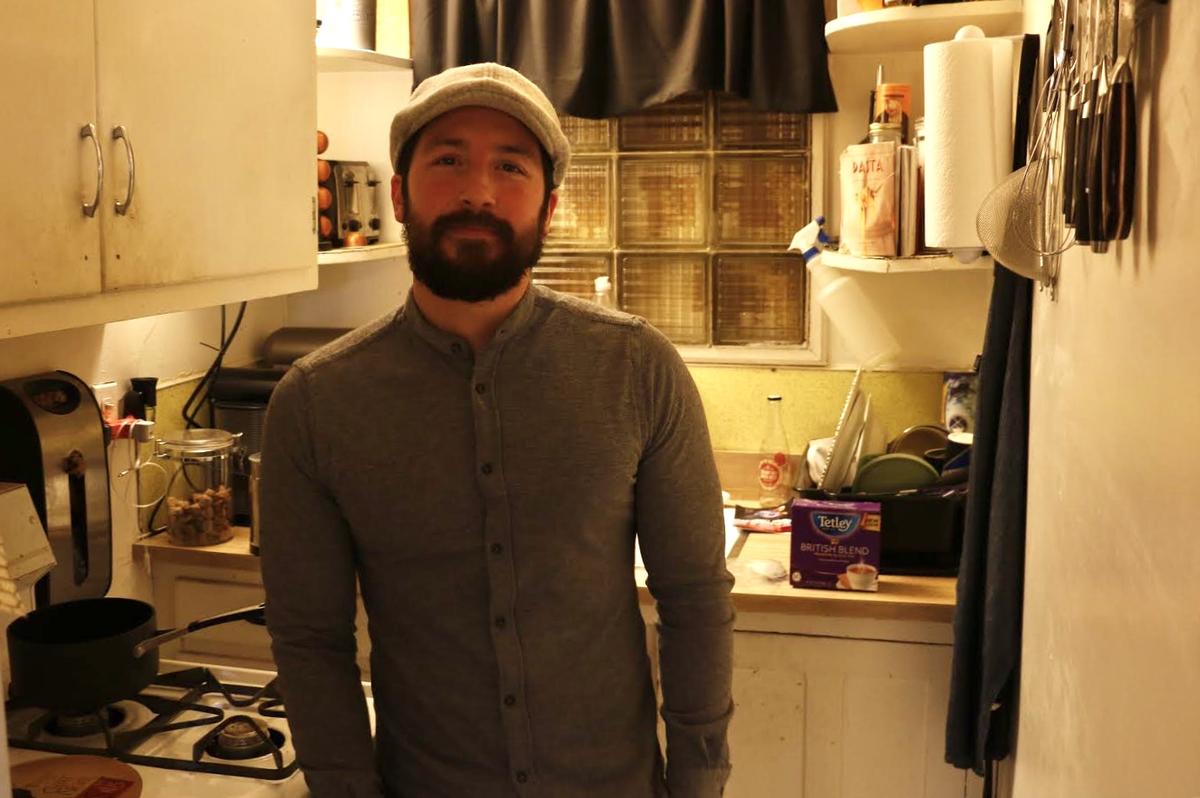 Rank got on buprenorphine again a couple years ago after getting out of jail. Since then, he’s moved into an apartment in a big, creaky house in Rochester’s South Wedge, and he’s started a job as a peer specialist at Liberty Resources, where he works with people who are trying to get a handle on their own addictions or mental health difficulties.

“If I didn’t get on suboxone [a common brand name for buprenorphine] when I got out of jail, I definitely could not be alive,” Rank said. “I know that sounds dramatic, but with all the fentanyl, and all the young people I know who have died…”