ROCHESTER, NY (WXXI) – New York state has passed a second law to tax prescription opioids, after enforcement of a previous version of the measure was found unconstitutional.

The tax passed as part of the state’s budget deal that legislators approved early Monday. State budget office spokesperson Freeman Klopott said the law is designed to collect money to respond to the opioid epidemic. 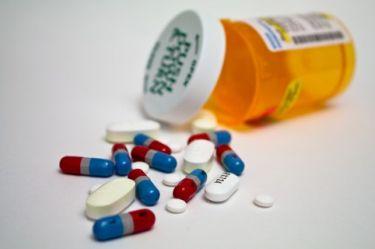 But critics have warned that the tax could increase the price of prescription opioids, which many people rely on to manage their pain.

An analysis by two professors at Union College in Schenectady found that taxing the drugs would likely cause some New Yorkers who use prescription opioids to “switch to cheaper illegal drugs, including heroin and fentanyl, increasing the rate of opioid-related fatalities.”

The report was funded by the Pharmaceutical Research and Manufacturers of America, which is an industry lobbying group, but it’s being echoed by physicians and patient advocacy groups. The American Cancer Society Action Network sent a letter to legislative leaders outlining “grave concerns” with the tax.

This is the second year in a row that the state budget has instituted a tax on prescription opioids. A federal court ruled last year’s tax was unconstitutional because it prevented the cost from being passed on to consumers in New York but not other states, and therefore violated interstate commerce rules. This year’s version allows the cost of the tax to be passed on to New Yorkers.

Klopott said the state expects the costs of the tax to be absorbed mostly by drug producers and distributors, rather than by consumers. He said many consumers will be further insulated from the effects of the tax by their insurance coverage.

“We expect no significant change in the availability of these pharmaceuticals or any diversion to illicit alternatives,” Klopott said.