ROCHESTER, NY (WXXI) – Unique winter sports aren’t over now that the Olympics are done.  Scrolling through the list of the 67 mushers signed up to run the 2018 Iditarod, most are from Alaska. A few are from Canada or Norway, but among the list of arctic places, you’ll spot two people who list their hometowns in New York.

The Iditarod is a sled dog race across the state of Alaska. This year’s race will run just under 1,000 miles from Anchorage to Nome, with mandatory rest stops along the way.

This will be Noah Pereira’s second time running. Although he’s been living in Willow, Alaska for about five years now, the 21 year old says Brockport is still home.

“I went to Brockport Schools and they brought in a musher to Science Fun Day, and he kind of got me started there and really it’s taken off for me and I’ve had a blast.”

That was in 2009. A couple years later before the actual Iditarod he ran the Junior Iditarod, which is a shorter race for 14 to 17 year olds Pereira became the first non-Alaskan to win that race.

With just days now before he hits the trail, Pereira says packing his gear is what has him the busiest.

“You know we’re talking 1,000 miles through Alaska with no outside assistance. So just the logistics of getting all your dog food and everything like that prepped and prepared is all huge.”

He says his goal for this year’s race is to just finish and have fun, hopefully a bit faster than his last time.

Running her first Iditarod this year is Tara Cicatello, 26, of Buffalo. I met her when we both lived in Nome, Alaska, which is where the Iditarod ends.

She fell in love with the race and working with sled dogs while working at a radio station there. In 2013 a local musher asked her to help him train and take care of his dog team, also known as being a “handler.” 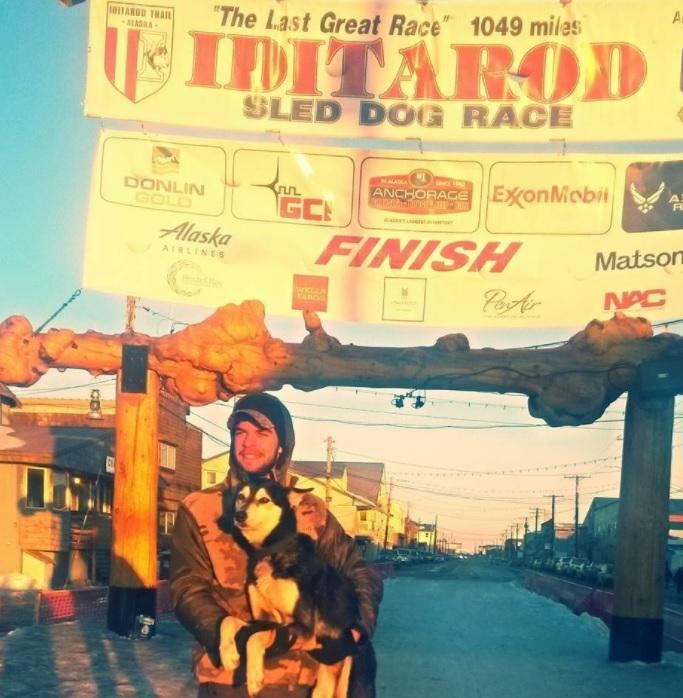 “I’m just like this graduate, fresh out of college like from the suburbs of Western New York and you want me to handle dogs for you. And I laughed but then I thought about it and was like well this is a pretty incredible opportunity.”

She’s been splitting her time between Buffalo and Alaska ever since.

Like Pereira, her goal is to just finish the race.

“A lot of pro sports players, they get paid an incredible amount of money in the entertainment business to do as they do and mushing is quite the opposite, and I’ve had people when I go home ask me “Oh do you do it for the money?” And you kind of laugh because I don’t know any mushers who do it for the money. It’s more for the love of the sport and the dogs and what they do.”

The 2018 Iditarod begins this Sunday at 10am Alaska time so 2pm our time. Last year’s winner finished in just over eight days.